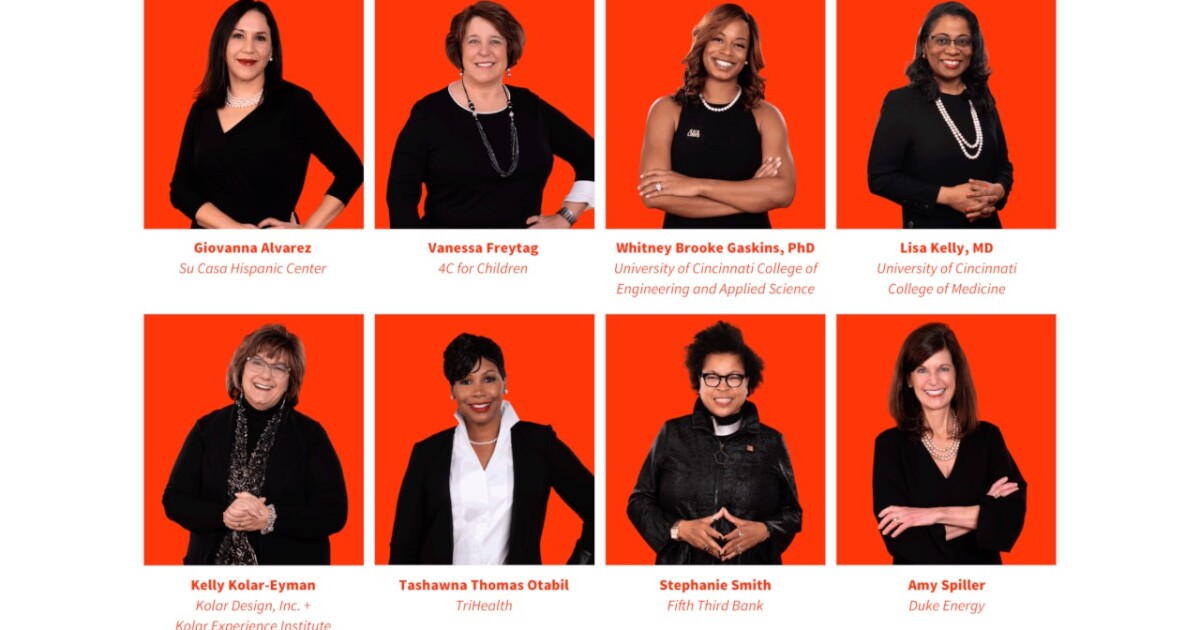 CINCINNATI – Eight women from the Cincinnati area were selected as the 2021 YWCA Greater Cincinnati Career Women of Achievement. They will be honored in a ceremony and fundraiser that will air on WCPO Thursday at 7:00 p.m.

Instead of the YWCA’s usual annual lunch, the eight women will be honored in the special TV and streaming show hosted by WCPO 9 anchor Tanya O’Rourke. Still the largest fundraiser for YWCA Greater Cincinnati, the event directly supports programs and initiatives focused on empowering women and eradicating racism.

YWCA Greater Cincinnati was founded in 1868 and has honored 330 outstanding women since it began the Career Women of Achievement Luncheon in 1980.

The winners of the 2021 Career Women of Achievement are:

Read more about the winners and their achievements here.

Career Women of Achievement co-chair, Stacey Browning, who is also the executive director of CincyTech’s digital portfolio, said the YWCA and those who recognize it have always been catalysts for change.

“Today it is all the more important and possible that leaders take action now and use the mission of the YWCA to advance the empowerment of women and the eradication of racism,” said Browning.

“More than ever, we need consistent leaders like the YWCA to lead the way for the Greater Cincinnati community,” said Bailey. “For 153 years, this agency has been answering calls to serve the most vulnerable in our community.” This television and streaming broadcast and fundraiser in honor of these amazing women shows that now is the time for you, I, and many others to support the YWCA as it is driving the change that needs to take place. “