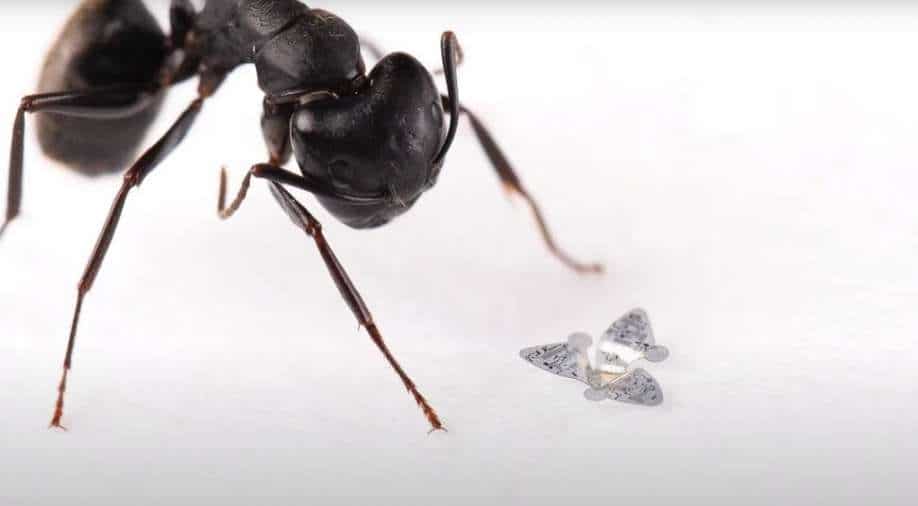 Based on the movie “Ant-Man”, the engineers at Northwestern University have created the smallest flight structure ever made by man in the form of a winged microchip.

Northwestern University announced the “micro-flyer,” which is roughly the size of a grain of sand and much smaller than an ordinary ant.

It has neither an engine nor a motor, but instead flies with the wind and a propeller, much like a helicopter.

A flying microchip the size of a grain of sand that monitors pollution levels and the spread of airborne diseases while being carried by the wind.

The biological world provided inspiration for the design.

The movement of the microflane is comparable to that of a powered maple leaf falling from a height.

The Tristellateia plant served them as the most direct source of inspiration.

It is a flowering vine with blade-shaped seeds in the shape of stars.

The blade-like construction helps trap the wind and let the seeds fall in a slow, rotating rotation.

Engineers created 2D prototypes of the structures and then converted them to 3D models.

Since all current semiconductor devices are fabricated in planar layouts, the method is advantageous.

This shift from 2D to 3D allows them to design flat chips and then convert them into 3D shapes using industry standard materials and manufacturing processes.

(With contributions from agencies)

Exclusive news and research around the wine, spirits and beer business

Tom Glavine, former Atlanta Braves ace, will be keynote speaker at the All Sports Association banquet