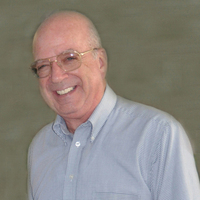 Terry Wilson, 77, a lifelong resident of Cleveland, Tennessee, passed away on Sunday, July 11, 2021 at his home surrounded by his loving family.

The family welcomes friends on Thursday, July 15, from 5 to 8 p.m. with a memorial service on Friday, July 16, at 2 p.m. in the chapel of the Fike-Randolph & Son Funeral Home in Cleveland, with Pastor Richie Halversen officiating. The funeral will follow in Sunset Memorial Gardens with Joe Morgan Jr., Tim Walker, Ray Walker, Dennis Crumley, Richard McAllister and Ralph Bryan as pallbearers. Tanner, Alex and Aubrey Walker, Doug Pirkle, Preston Jones and Glenn Williams will serve as volunteer pallbearers.

We invite you to send a message of condolences and to view the Wilson family’s guest book at www.fikefh.com