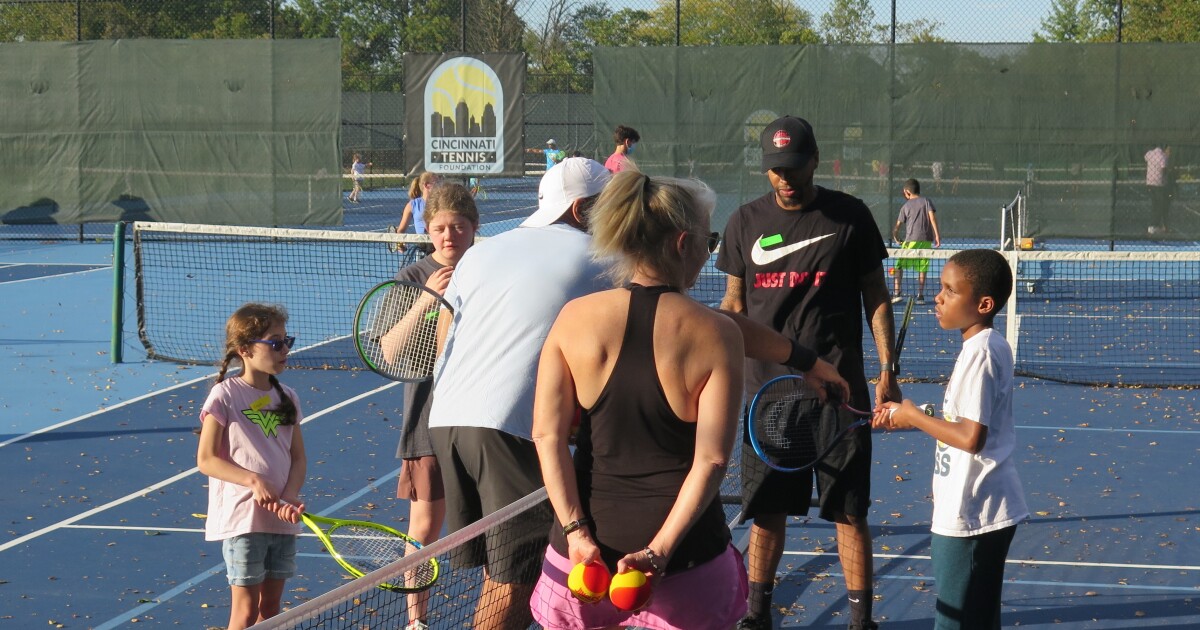 CINCINNATI – Kaya Naser has no peripheral vision, no depth perception and terrible eyesight without her glasses.

But none of that stopped her from hitting tennis balls like a champion training on the Withrow University High School tennis courts.

“I love it,” said Kaya, a 9-year-old who also has cerebral palsy. “Because I can hit the ball.”

“And I can score too – so far!” She said with a dramatic swing of her bat, which flew a ball across the field.

Kaya was one of 14 children who attended a free tennis clinic organized by the Clovernook Center for the Blind & Visually Impaired, the Cincinnati Children’s Hospital Medical Center, and the Cincinnati Tennis Foundation. The aim is to help blind and visually impaired children learn tennis – and the self-confidence and life skills that come with sport.

Scruggs knows this firsthand. When he was 14 years old, he lost his eyesight and was diagnosed with liver hereditary optic neuropathy, an inherited optic nerve disease. Doctors told him he had to give up the sport, he said, but his high school basketball coach found a way to customize the game for him so he could continue playing on the team.

“Many people may think that it is not possible. But since I am a blind child and visually impaired myself, I knew that any sport can be adapted, ”he said. “To make any sport adaptive, it can take a bit of work. But it’s possible.”

The Cincinnati Tennis Foundation has so far helped run two clinics for blind and visually impaired children – one in September and one earlier this month – with more appointments in the works.

“The last time we ran the clinic, I was amazed at how many smiles there were,” said Zack Sikora, senior trainer and mentor for the Cincinnati Tennis Foundation, who was an internationally recognized wheelchair tennis athlete.

“It’s just tearing down the barriers for these kids to show them they’re more capable than they might think,” he said. “And I think it is such an important life lesson to give them this independence and the confidence that they can be more independent than they were yesterday.”

Light yellow and red foam tennis balls are modified to contain golf balls filled with bells. This way the balls will rattle as they ricochet, hit the racket, or roll.

Eventually, according to Sikora, the Cincinnati Tennis Foundation is hoping to add tactile lines to the courts that the kids can feel with their feet to get a better sense of the boundaries.

“A clean transition from wheelchair tennis to adaptive tennis, especially blind and visually impaired tennis, for me, instead of showing, you have to describe it,” he said. “Or you have to guide them to make the movements you want them to do.” 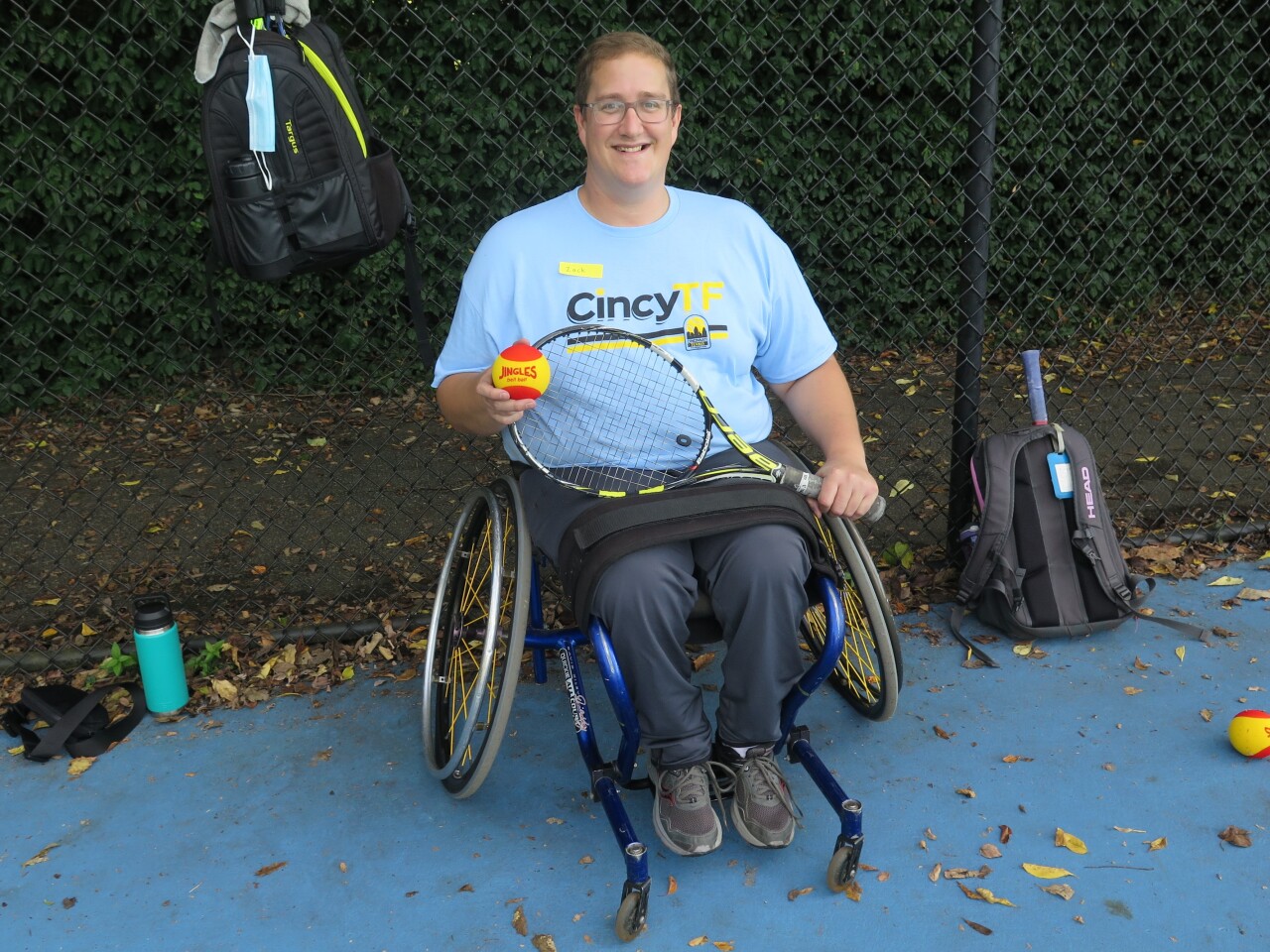 The Cincinnati Tennis Foundation took advice from a woman from Pittsburgh who organized tennis clinics for blind and visually impaired children in that city.

The organizers here learned how much variation there can be in blind and visually impaired children, Sikora said, and how much of a difference it makes in the way they teach.

“There are different levels that you need to go into,” he said. “This is very important to understand and to know that when you do an exercise with a child, you have to adapt if it is too easy or too complicated.”

Trained volunteers worked with each child in the clinic, performing lessons and exercises tailored to their skills and needs to keep everyone feeling safe, Scruggs said.

Exercising can also help teach children not to accept the limitations imposed by others.

For example, Kaya was born at 24 weeks, her mother Sara Naser said, and had a slew of medical problems associated with her extremely premature birth.

“Doctors in the neonatal intensive care unit said she would never exercise in her life,” said Kaya’s father Essa Naser, who challenged this claim from the start. “She wants to be athletic.”

Kaya swims and also plays soccer and basketball, he said.

Kaya, a third grader at Leaves of Learning, quickly explains that she can’t see much without her glasses.

She is also quick to respond with “no” when asked if she is afraid of something she cannot do because of her eyesight. 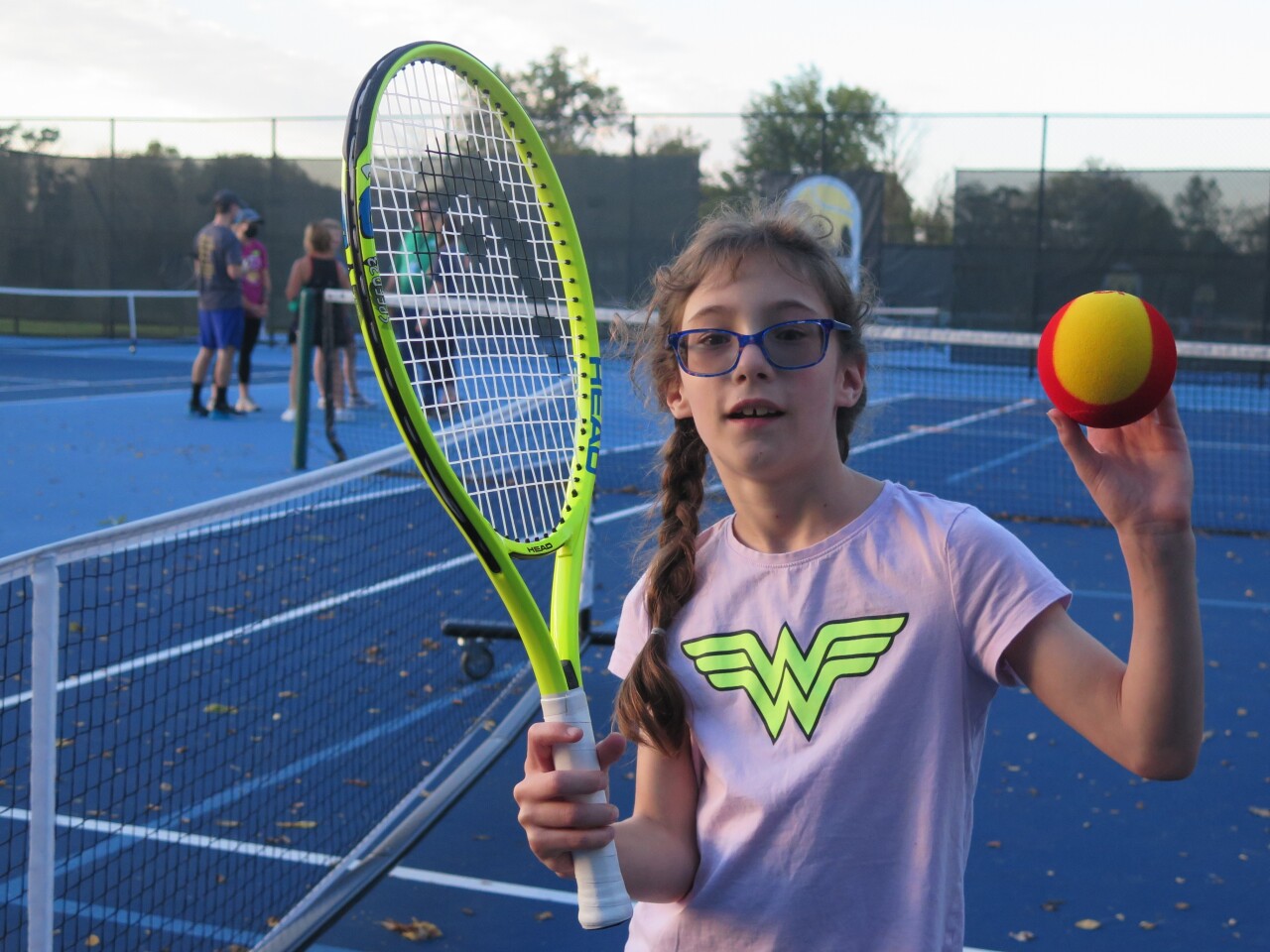 Kaya Naser poses with a tennis racket and ball on October 11, 2021.

After only two hours of clinics, she said, tennis has become her favorite sport – combined with basketball.

She said she hoped other children would try the clinic too.

“Because the ball has a bell,” she said. “And when you hit him, it’s as if there was a serious ball in front of me and I hit him, like cccccchhhhhhhh! How straight ahead. “

More information about adaptive sports programs offered by the Clonook Center for the blind and visually impaired is available online. The Cincinnati Tennis Foundation also provides information about their adaptive tennis clinics online.

Weekly stories about acts of kindness appear in WCPO 9 News and WCPO.com. If you know of a friendly act that you think should be highlighted, send an email to [email protected]

Bremer Financial executives appeared to be in favor of a merger in early 2019, the trustee says