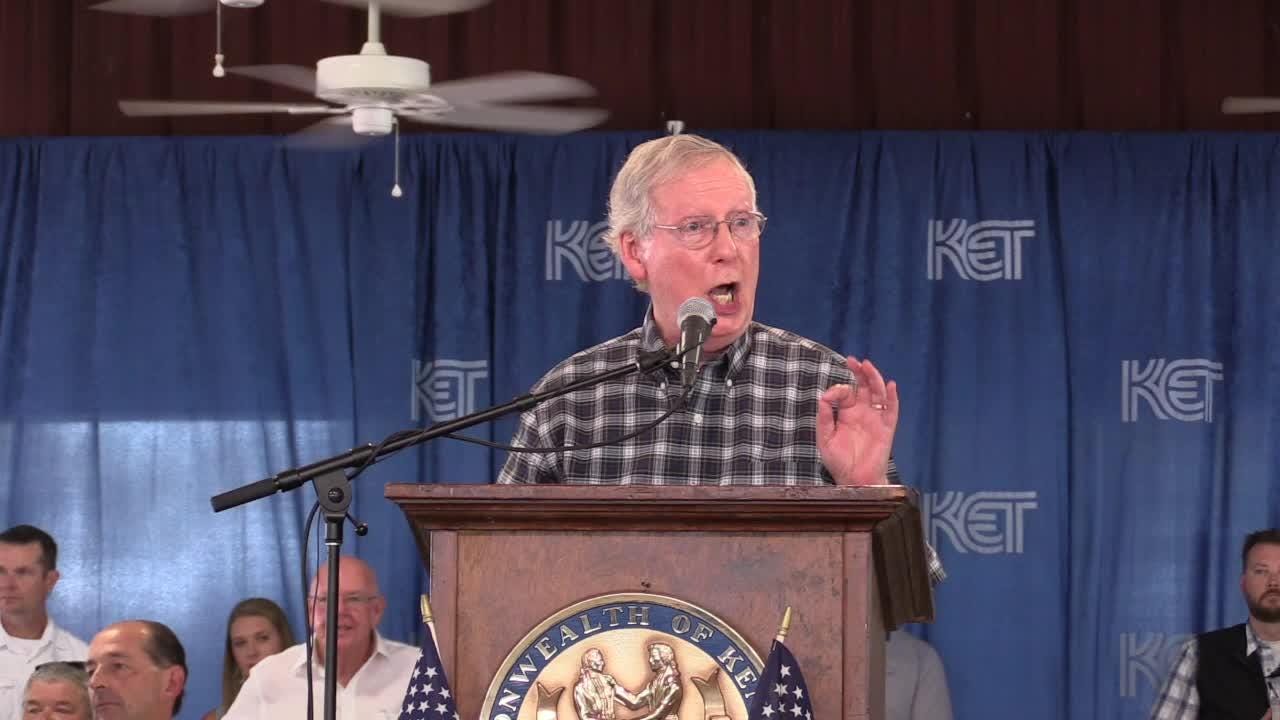 Courier Journal columnist Joe Gerth has always been full of praise for Kentucky’s famous Fancy Farm Picnic, but he beat up the bluegrass tradition in a recent column. After calling Fancy Farm his “favorite political event of the year” and “a rite of passage for Kentucky politicians” for years, he now compares it to a colonoscopy. So what has changed? Is the Fancy Farm a “shadow of itself,” as Gerth claims, or is his esteemed Democratic Party not as popular in Kentucky as it used to be?

Just so we can get it clear, the Fancy Farm picnic isn’t just an opportunity for Kentucky’s political class to show themselves in the spotlight. It is also an opportunity for St. Jerome Catholic Church to raise funds – more than $ 100,000 in recent years – and bring together the local community, thousands of visitors, and a wide range of media. As much as the event is about politics, it’s also about great BBQ pork and mutton, high-stakes bingo, and religious fun.

But Gerth doesn’t seem to care. By condemning the Fancy Farm picnic, he is writing off a Kentucky community that only gets the opportunity to be at the center of the Commonwealth’s political universe once a year. Depending on the election cycle, the event may even appear on the national news. By encouraging the few remaining Kentucky statewide Democrats to forego Fancy Farm, Gerth robs the Catholic Church of St. Jerome of its important time in the limelight.

The people of western Kentucky have not left the Democratic Party behind. Rather, the shift to the left by the Washington Democrats left the Commonwealth. When I first came to Fancy Farm Picnic in 1984 – when Graves County was still deep blue – I quipped, “I haven’t found a liberal yet and I’ve spoken to everyone in the crowd.” Those words get truer with every choice, as Kentucky getting brighter.

Despite Gerth’s blatant partisan attack, Fancy Farm remains an important Kentucky tradition. I will never miss it if I can prevent it, but with a full voting plan for the Senate in Washington, I have to stay on Capitol Hill and fight for the interests of our state. We are currently debating an infrastructure bill that will have a major impact on the community.

I am more than confident that the other strong Kentucky Republican leaders will be able to carry the baton in my absence. You will do a great job explaining how the reckless agenda of the Washington Democrats is fueling inflation, killing Kentucky jobs, and leaving us completely unprotected against illegal immigration and violent crime. It is a relief to have so many proud Conservatives in the Commonwealth to rely on. When I first started out in Kentucky politics we were few and far between.

And while Joe Gerth, Governor Andy Beshear and his lieutenant plan to skip this year’s Fancy Farm Picnic and stay in their liberal bubbles, I hope they will reconsider their position in the future. Personally, I still value lively debates with my political opponents, even if the Kentucky Democrats avoid them.

And Gerth would learn to love such political differences sooner rather than later. After all, fewer and fewer Kentuckians share his far-left progressive beliefs with each passing year.

Mitch McConnell is a Republican Senator from Kentucky.