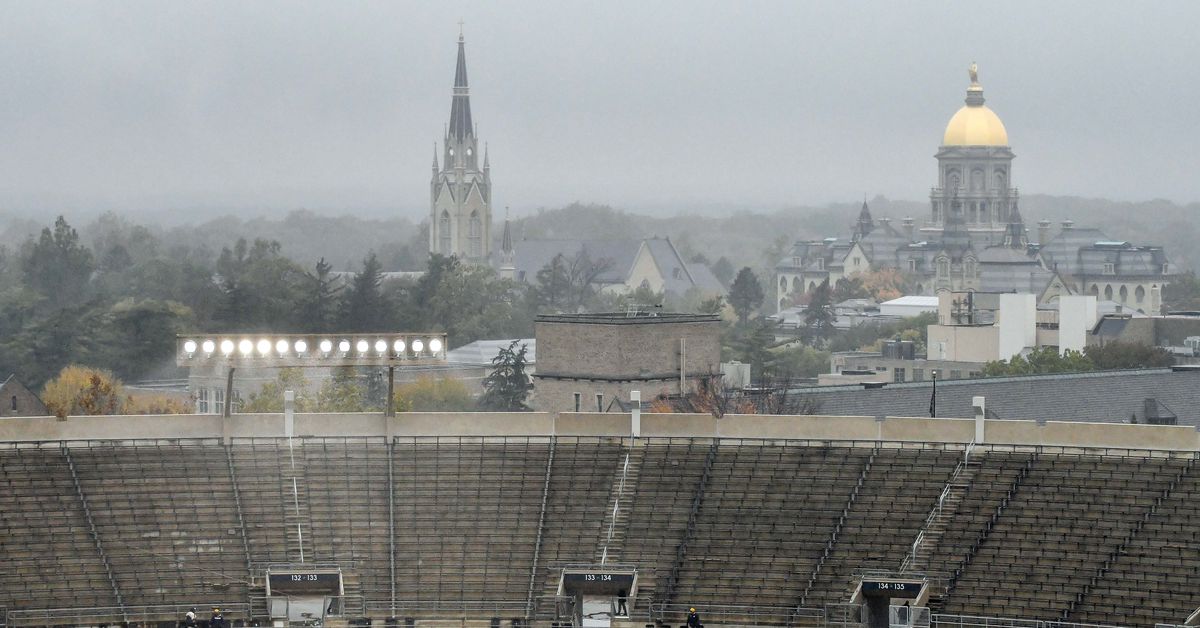 The Cincinnati Bearcats and Notre Dame Fighting Irish will start at 2:30 p.m. on Easter Saturday with temperatures in the high 70s, according to the latest Accuweather forecast.

The forecast of the weather forecast company also provides a rain probability of 25 percent in the area of ​​the Notre Dame stadium at kick-off and increases to 71 percent of the game by 5 p.m.

If you get to campus early to deal, visit the bookstore, or watch the ABC57 pregame show, expect mid-60s temperatures, partly sunny skies, and a low chance of rain. (I think I would try shaking hands with “Rocket” Ismail at Joyce Center at noon, but that’s just me.)

The Irish and Bearcats last played on October 20, 1900. The Notre Dame Scholastic, South Bend Tribune and Indianapolis Journal reported the score 56-0 in favor of the hosts at Cartier Field, while the Cincinnati Enquirer scored 57-0.

“Notre Dame’s backcourt is very strong, which makes up the big score against Cincinnati on Saturday,” wrote The Detroit Free Press in its October 24th issue. “But the line needs to be developed, because the experience of the last games shows that it won’t hold up against strong teams.”

Here’s a Taste of What You Can Try During Greater Cincinnati Restaurant Week, Sept. 20-26