Tony Travers: Que sera sera is not a good basis for determining the future 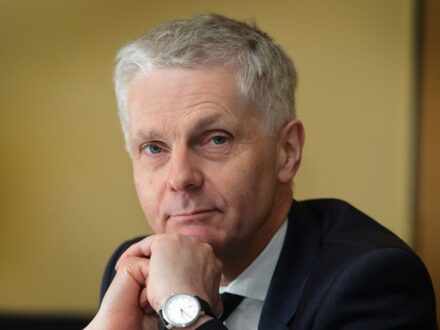 Both ministers and councils need to develop strategies to achieve the “new normal” they want to see, writes the director of LSE London.

The local government will now consider together with all other employers how they should organize their workforce once the Covid-19 pandemic is finally sufficiently under control to enable a return to “normalcy”.

The financial sector is moving in different directions. Some like Goldman Sachs require all employees to return to the office while others, including Nationwide, allow work from home for anyone who wishes to.

Nobody knows yet what effects recurring bans have on productivity, well-being or social capital of the individual. It is also impossible to predict what proportion of the population will decide in future to work entirely or partially from home. For some, including street sweepers, social workers, teachers, maintenance and cleaning staff, there is no choice. However, it is a potentially attractive option for office workers to save travel time / expenses, additional family time and less stress. The councils, as employers, have to weigh these and other questions.

However, the effects of Covid-19 are more than the personal effects described above. The city’s headquarters are often located in urban centers that have been hit hard by lockdowns. If a major city council announced that its workforce could continue to work from home, what moral authority would it have to encourage others to return to work? However, if city and city centers lose a significant proportion of their office workers, their retail, cultural, transport and tourism sectors would suffer permanent losses.

The Department of Housing, Municipalities and Local Government has intervened in this unknown future with proposals to facilitate changes to the “allowed development” in relation to shops, restaurants and other facilities on the high street. Opponents of this policy warn that once shops and offices have been replaced with apartments, they will never return, creating the risk of a spiral of decline with fewer commuters visiting shops, theaters and restaurants.

As more people choose to move away from urban areas, sparse urban sprawl and increased car use are inevitable

Public transport is also at risk from widespread home work. Moody’s, the rating agency, estimates that only 80% of commuters will return to the city center after the lockdown ends. Such a change will require either significant new tax subsidies for urban rail systems or, alarmingly, the need to curtail rail and tram frequencies and / or networks. As more people choose to move away from urban areas, sparse urban sprawl and increased car use are inevitable.

The councils as planning authorities are at the center of the development of the world after the pandemic. They have to decide whether or not their employees should return to the office and how they should protect the city and city centers. The central government also plays a role. Press reports suggest officials will have more freedom in how often they come to the office. Still, it’s fascinating that cabinet ministers and senior public health officials like to appear in person on Downing Street to hold press conferences [or in television studios for interviews] instead of doing them with zoom. Permanent secretaries and council presidents may well decide that they need to be in their offices to feel “in control”.

So will the government undo their “stay home and avoid public transport” message and try to get us back to offices, restaurants and shops? Or will the government wait and see what happens and risk permanent and unintended changes happening? It is remarkable how little ministers have said about this future, which begins on June 21st.

“Que sera sera” was a great song for Doris Day, but a “what will be” approach to cities and landscapes is not a good foundation for public order. Ministers and Presidents of the Council must decide what they want to achieve and adopt the policies that will shape that future.