Tiny Stanton, TN hopes for a big boost from the Ford project 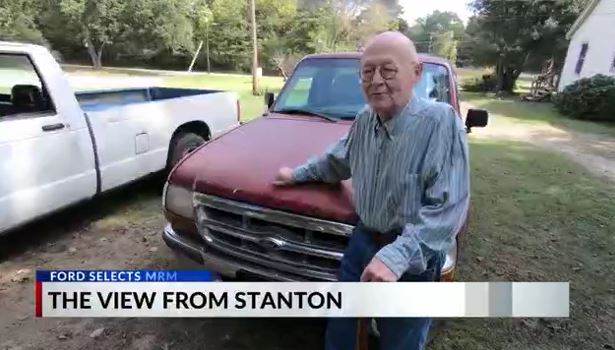 STANTON, Tennessee – The excitement over the announcement that Ford Motor Company will build a new vehicle and battery manufacturing facility in West Tennessee has certainly not eased.

The multi-billion dollar investment will be located on the Memphis Regional Megasite in Haywood County. The compound on Highway 222 will house an electric vehicle and battery manufacturing factory that will employ nearly 6,000 workers.

People who live in the small town of Stanton, Tennessee – about 438 residents – hope their community will benefit from the huge project.

“I am a proud Ford owner. I’ve had this truck for a few years now, “said Adams.

Adams and his wife Linda are passionate about preserving Stanton’s history. He said it was high time for the megasite to have a tenant like Ford.

“For some reason the interest wasn’t there. I don’t know why, but the megasite is a huge place and we have a lot of people in this area of ​​West Tennessee. It will benefit West Tennessee and the state, ”he said.

Adams hopes, however, that all of the facility’s benefits don’t focus on larger communities like Memphis and Shelby Counties. He knows there has to be more housing to attract both construction workers and factory workers to Stanton.

“Absolutely. There are a lot of cotton fields that need some houses and other things,” said Adams.

Updating Stanton’s infrastructure has been a talking point ever since the megasite reality.

“So the only thing that needs to be enlarged is primarily our water and sewer pipes. That would be the greatest, ”said Alderman Ward Smith.

Smith said he and other city guides are eager to meet with Ford executives before construction begins.

Ford expects to begin production of all F-Series electric trucks and battery components in 2025.

Notre Dame “Not Just Another Game” for Cincinnati