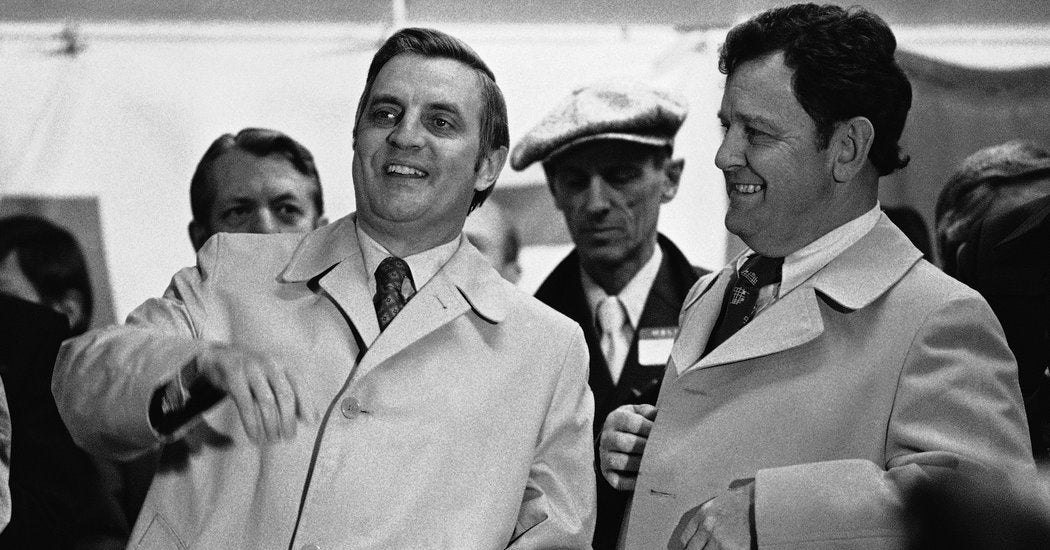 At another church festival, Mr. Luken followed Steve Chabot, his Republican opponent, in a congressional election by placing plastic cups with his name on them. Howard Wilkinson, a political reporter for WVXU Radio in Cincinnati, recalled on Thursday that Mr. Luken had promised potential voters, “If you come up to me with a congressional cup chabot, I’ll fill it with beer. ”

“That got him a lot of votes,” said Wilkinson.

Thomas Andrew Luken was born in Cincinnati on July 9, 1925. His father Walter was a factory worker; his mother, the former Minnie Kisbert, was a housewife. After graduating from Xavier University and Salmon P. Chase Law School in Cincinnati, he served in the Marines. (Law school later moved across the Ohio River to become part of Northern Kentucky University.)

He was elected attorney for the city of Deer Park, a suburb of Cincinnati, before becoming the United States’ first assistant attorney for the southern district of Ohio. That appointment was supported by his brother Jim, a union leader whose friendship with Attorney General Robert F. Kennedy was based in part on her dislike of Teamsters union president Jimmy Hoffa. Jim Luken pulled his milk supplier union out of the Teamsters in 1961.

After serving on the city council from 1971 to 1972, which included a year as mayor – at which time the city council elected the mayor – Mr. Luken won a 1974 special election to fill a vacant seat in Congress after a backlash against Republicans the Watergate scandal.

Later that year he lost a full term election but returned to Congress when he moved to another district in 1976. He was re-elected six times.

Mr. Luken found a big problem in the late 1980s: the power of tobacco companies.

“He had lost three siblings to lung cancer,” said Charlie Luken, “and he took Big Tobacco at full throttle.”

Mr Luken introduced laws that would have banned cigarettes from being sold in vending machines, tightened warnings about the health risks of cigarettes, and called for tobacco to be regulated as a toxic substance by the Environmental Protection Agency.