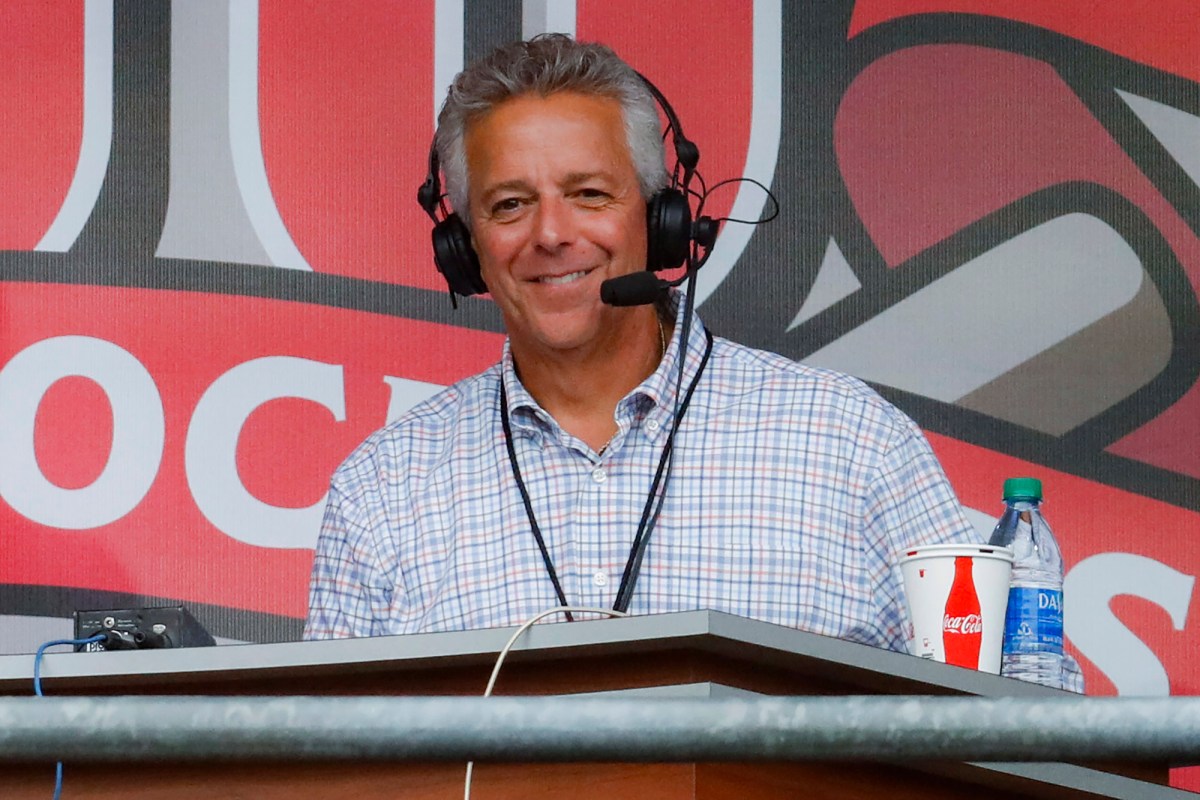 Maybe Thom Brennaman should stick with his job now that he’s got one again.

The former play-by-play announcer for the Cincinnati Reds has landed a new gig after a homophobic slander with a hot microphone cost him his job during what he believed to be a commercial break last August. Brennaman joins Chatterbox Sports, a sports media company specializing in high school sports in southwest Ohio, as a play-by-play announcer.

The 57-year-old created one of the most shameful moments of 2020 when he tried to apologize to the crowd for the insult interrupted by a Nick Castellanos home run. The moment was painfully uncomfortable for everyone involved and went ultraviral, but after a year it seems Brennaman is ready to joke about it.

“By the way, I think Castellanos made a deep drive to left field,” Brennaman said in a video announcing his joining Chatterbox.

Brennaman was removed from the show immediately after his apology in August and fired from FOX Sports shortly thereafter. Since then, he has named games in the Roberto Clemente League in Puerto Rico.

Chatterbox President Trace Fowler said he firmly believes in second chances and wants to give the announcer one more opportunity.

“In the past two months I’ve done a lot of research to find out what kind of person he is; was the comment he made, is it, or is it just a mistake we all made at one point or another? ”Fowler said of the attitude.

“And the conclusion I’ve been frank is that he’s a great person who made a mistake that he deeply regrets. And we’re excited to give him another chance to put a headset back on. And the most important thing that I hope people take away is that we don’t downplay what we say and how people feel about it. “

Brennaman is a graduate of Anderson High School in Cincinnati and Ohio University, so he knows the area. After graduation, he began his career at WLWT – with a theme of high school sports – before calling the Reds Games on TV with Hall of Famer Johnny Bench.

Since then he has held positions with the Arizona Diamondbacks and Chicago Cubs as well as with FOX Sports, where he covered MLB, NFL and college football. In 2006 he returned to Cincinnati.

“I’m so grateful and excited,” Brennaman said of joining Chatterbox. “I grew up here in the greater Cincinnati area. I know what high school football, high school basketball, and high school sports mean to this area. I did that … when my career started. Here we come full circle that is returning to high school sport. “

Are you thinking about choosing a science subject in grades 11 and 12? You need to know that