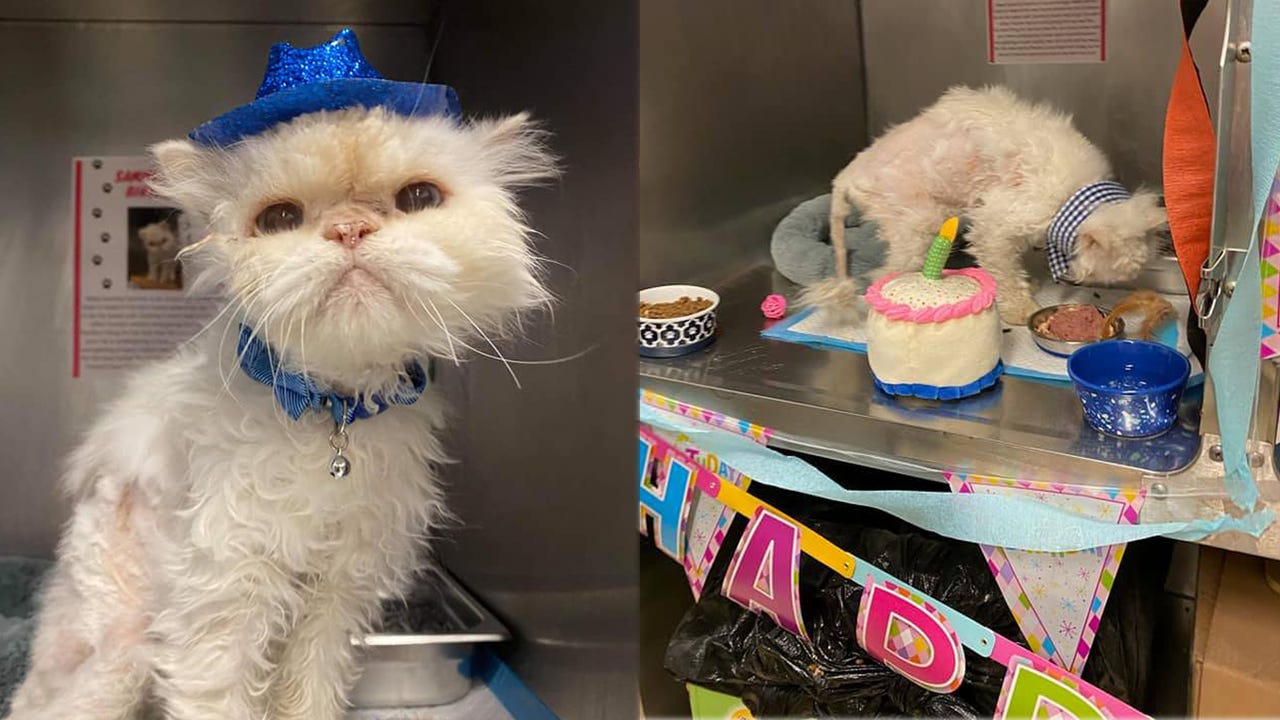 Quilty, the animal shelter cat, was placed in solitary confinement after repeatedly freeing other cats

A Texas shelter cat was placed in solitary confinement after repeatedly escaping and freeing other cats.

CINCINNATI – An Ohio animal shelter held an adorable birthday party this week for an older cat named Sammy, who is turning 19.

“The Kitty City staff recently learned that today is Senior Sammy’s 19th birthday! Of course we threw him a birthday party, ”wrote the shelter on its Facebook page. “We wish you a happy birthday to Sammy!”

The shelter said Sammy’s previous owner was moving to an assisted living facility. The staff described him as a “handsome guy” and said the cat would enjoy “a nice, quiet home to spend his golden years”. Sammy is very special as most indoor cats live on average 10 to 15 years old, according to UC Davis Veterinary Medicine.

The only condition for anyone adopting the cat is that they keep the tradition and throw it a 20th birthday on June 15, 2022, the shelter added.

Cincinnati Animal CARE said it allows out-of-state adoptions, but interested applicants must physically come to the shelter. There will be no virtual adoptions or transfers.

The organization, which is a no-kill shelter, said in another recent Facebook post that it is currently overwhelmed and desperately looking for a home for dogs, calling the situation “Code Red”.

“We have dogs in emergency shelters, dogs live in our offices, employees look after animals, but they just keep coming in,” wrote the shelter.

Those who want to adopt or care for an animal can visit the animal shelter’s website here.

CONNECTED: ‘It won’t be contained’: Quilty, the animal shelter cat, was put into solitary confinement after repeatedly freeing other cats