The future of robotics science, research and education for the 4th industrial revolution 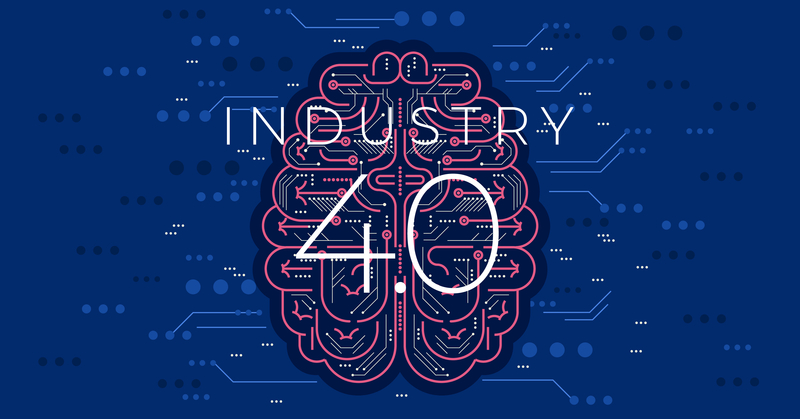 Professor Samia Nefti-Meziani from the University of Salford offers a compelling glimpse into the future of robotics, research and education for the 4th industrial revolution

One of the key concepts of the 4th industrial revolution is the idea of ​​an “intelligent factory”, in which physical systems such as production lines and robots communicate with each other and with people via the Internet of Things (IoT) and are connected to each other with cyber systems that allow simple decentralized decisions can meet a high degree of autonomy. Human intervention is minimal and intuitive. When people can benefit from help, robotic technologies can help make tasks both easier and safer. Such factories would be highly efficient and offer a competitive advantage.

Preparing for this future scenario and ensuring that upcoming robotic technologies are both resilient and sustainable is a challenge for a new generation of scientists. The SMART-E project (Sustainable Manufacturing through Advanced Robotics Education in Europe) was launched to provide a world-class research and training program to support a new generation of robotics who want to play a central role in the 4th industrial revolution.

Research in the SMART-E project focused on emerging issues such as embodied intelligence, verification and testing, interoperability, employee support through cyber-physical systems, autonomous de-localized decision-making, and practical business considerations such as ensuring new manufacturing processes are there resilient, sustainable and inexpensive.

The scientific focus of the project was divided into three main areas, which in combination covered the concepts relevant to most of the new robot technologies that we expect in Industry 4.0.

This research area focused on “mechanically intelligent” machines that adapt and are able to manipulate soft and hard, light and heavy objects with variable stiffness and skillful movement in changing or new environments. Industrial robots are traditionally “blind” in their performance and can only grasp one path with a gripping force. A coordinated sensitivity to the environment is a decisive step forward in ensuring safe human-robot interaction. To achieve this ability of the grippers, you need a combination of soft manipulators, learning-based control schemes and soft sensors.

Such robotic applications will prove useful for high-precision tasks on the assembly line in factories and for performing support tasks for people in environments such as operations or working in scenarios with marine or nuclear reactors. This technology is invaluable for pick-and-place tasks or, for example, for almost real grip sensitivity in hand prostheses. The UK nuclear industry has already recognized the potential of the SMART-E grapple, which was recently included in a nuclear weapon decommissioning project.

Another problem identified through the research focused on robot production lines. The upheaval and logistical challenges associated with changing the operation of a particular line can be a fundamental barrier to adopting robotic and automation solutions for many companies. For a small business with budget and time constraints, changing its automation is an investment that is far too risky and time consuming.

The SMART-E project attempted to address this problem with the understanding that it could lead to significant economic benefits for many companies. The solution consisted of a quickly deployable, flexible automation system for sustainable production. It worked by advancing the control system related technology of compatible and modular, reconfigurable robots. These systems adapt efficiently to frequent changes in the production line.

With a new approach to learning, robots can be trained online without interrupting the production cycle. European manufacturers can adapt their production lines, which means that they are competitive and, as a direct consequence, encourage operator employment. Advanced machine learning techniques also improve the monitoring and maintenance of complex robotic systems and make the manufacturing process more sustainable.

The “holy grail” of robotics in terms of its importance for socio-economic benefit lies in the development of robots that work safely with humans. By creating an artificial “skin” for the robot, a skin with flexible sensors that detect contact points, interaction skills are improved. More importantly, the stretchy material of this skin doesn’t interfere with the robot’s mechanics.

Another advancement in robotics that is critical to shaping Industry 4.0 is the development of an easy-to-use programming system that enables programming through physical demonstration and essentially tracks and copies movements. This means that robots can be trained intuitively by non-experts. The result for the industry is that companies can use and instruct robots effectively without having to hire specialist programmers.

A very exciting aspect of the project was the development of robust control technologies for portable auxiliary robots, especially exoskeletons. Such exoskeletons with supportive components attached to a worker’s arms, legs, and torso can reduce the physical strain on workers in industrial settings during physically demanding tasks. These exoskeletons have the potential to reduce the risk of injury (and negate later claims for settlement) and are a welcome relief for many workers with physically demanding jobs in industrial settings.

The SMART-E project has advanced the state of the art in the development of embodied intelligence, bio-inspired manipulators, the synthesis of modular robots, the design of exoskeletons, and the control of rigid and flexible manipulators.

More importantly, the project has played an important role in supporting research and training for a new generation of pioneering researchers and developers in the field of industrial robotics.

Many of the research fellows have been recruited by world-class research organizations and companies where they will continue their research on advanced robotics and automation solutions. The research results will be used to improve automation and robotics solutions for the food and aerospace industries.

We believe that the results achieved will enable European manufacturing companies to adapt their production processes to the trends that will define Industry 4.0. Robot and automation solutions will ensure Europe’s competitiveness in the years to come.

Recognition: The SMART-E project was supported by the Marie Sklodowska-Curie program for doctoral training of the EU-FP7 (Project ID: 608022). Further information on the program can be found at: https://ec.europa.eu/research/mariecurieactions/

Please note: this is a commercial profile