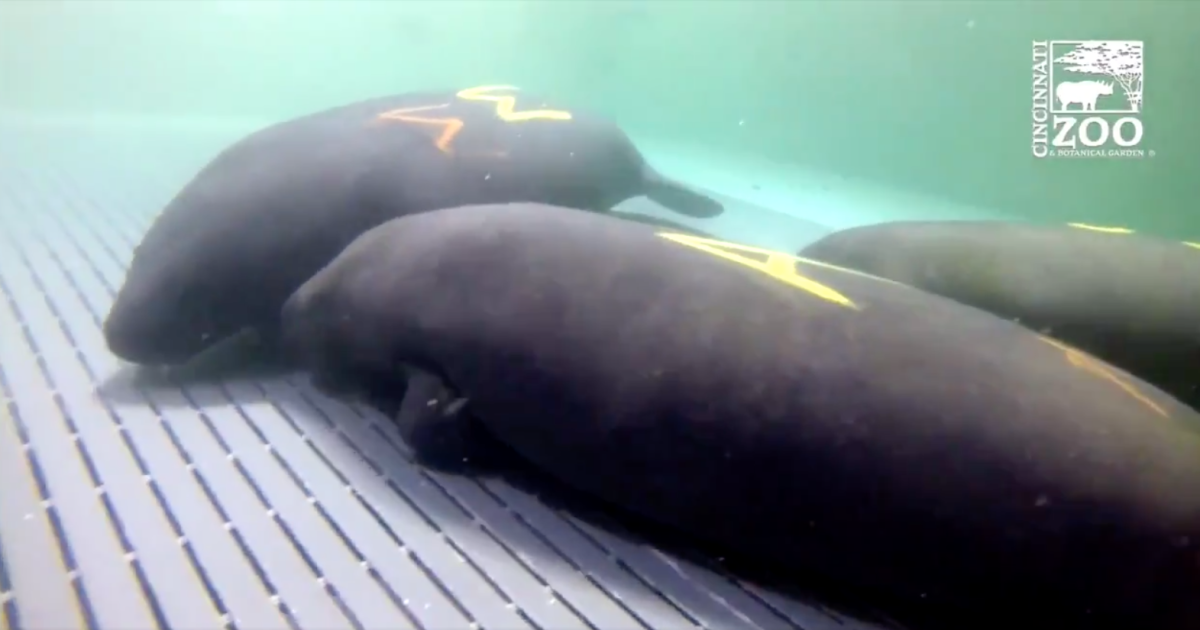 CINCINNATI – May I have your attention, please? Will the real SwimShady please stand up? Alby and Manhattan too.

The Cincinnati Zoo and Botanical Gardens rescued three young manatees on Wednesday, most recently in partnership with the U.S. Fish and Wildlife Service, to conserve and rehabilitate Florida’s threatened manatee population.

“The goal of the (program) is the rescue, rehabilitation and release of manatees. We are honored to play a role in this important conservation work,” said Winton Ray, the zoo’s curator, in a press release. “We look forward to helping these youngsters grow and eventually return to their homes.”

All three men were rescued from Florida waters as orphans and transported to Cincinnati, where they will remain until they are ready to return to their natural habitat.

Manatees are back in Manatee Springs! Three young manatees arrived in Cincinnati earlier this morning and are available to be seen by guests this Sunday, March 28th. The orphaned males will be rehabilitated until they are ready to return to their home waters in Florida. pic.twitter.com/Gi4ph7zAQz

Two were already named at the rescue, Alby and Manhattan, but the zoo was given naming rights to the third, which staff named SwimShady, based on rapper Marshall Mathers, professionally known as Eminem, and his alter ego and award-winning 2000 -Hit, “The Real Slim Shady.”

SwimShady won’t be the first Manatee Springs resident named after a rap artist: a starfish living in the facility is called “Snoop Log,” after Calvin Broadus, professionally known as Snoop Dogg.

Two former residents of the zoo’s Manatee Springs exhibit, Pippen and TruffleShuffle, returned to Florida last fall. At this point, renovations began on the facility. The three manatees are the first to arrive since this renovation began.

The Cincinnati Zoo has looked after 23 manatees over the past 20 years, 18 of which have returned to the wild. TruffleShuffle was the last to return and was released in the Tampa Bay area in September.

The zoo is one of only two facilities outside of Florida that provides non-critical care for manatees, a species threatened by both natural and man-made causes.