The Cincinnati Museum Center welcomed 1.8 million visits in 2019. highest number of visitors in 29 years of history 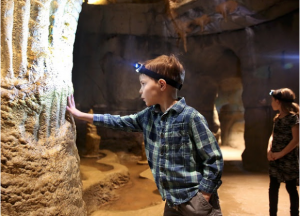 The Cincinnati Museum Center (CMC) had an unforgettable year.

Over 1.8 million visits were recorded in 2019, a milestone in the first year after the restoration of the historic Union Terminal and in the 200th anniversary year of the Museum of Natural History and Science.

Throughout 2019, wide-eyed guests gazed through 500-foot narrow corridors in The Cave and encountered unique dinosaurs (approximately 60 feet long) at the Museum of Natural History & Science. They walked the cobblestone riverside street in the 1850s and marveled at the details of an S-scale Cincinnati at the Cincinnati History Museum. And they climbed through the treetops and over giant teeth at the Duke Energy Children’s Museum. Unveiling the secrets of the mummies and ancient Egypt, CMC explosively ignited science learning, and brought a national treasure to Cincinnati to celebrate the 50th anniversary of Apollo 11.

Throughout 2019, wide-eyed guests peered through 500 foot narrow hallways in The Cave (photos provided).

“We are dancing with excitement at the support the community has shown our organization over the past year,” said Elizabeth Pierce, president and CEO of the Cincinnati Museum Center. “It was invigorating to hear the sounds of guests echoing through the rotunda and to see the smiles of people reuniting with the museums they grew up with and learned to love. Many thanks to our donors, members, volunteers, partners, employees and enthusiastic guests! “

When the Cincinnati History Museum and Museum of Natural History & Science reopened for the first time since the summer of 2016, guests eagerly explored new exhibits and galleries that were part of CMC’s vision for a dynamic museum experience and fell in love again with new updated ones Details of known exhibits.

One of the most anticipated reopenings after the restoration was the Robert D. Lindner family’s OMNIMAX® theater. The new fully digital theater experience lent clear clarity to the haunting experience of the five-story dome theater.

“The immersive experience in our five-story domed OMNIMAX® theater has been a guest favorite since we opened in 1990,” said Dave Duszynski, president of Mercury Museum Services, a subsidiary of the Cincinnati Museum Center. “The transformation and updating of digital technology has brought our theater to the cutting edge of domed theater technology as we continue to take you to places around the world few have ever seen.” 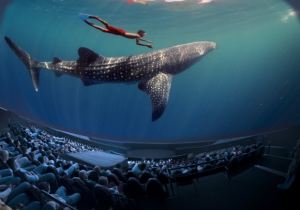 The restoration of the OMNIMAX® theater of the Robert D. Lindner family included a theatrical experience that gave clear clarity to the haunting experience of the five-story dome theater.

CMC will build on a strong 2019 as we approach a brave 2020 that will include the opening of additional permanent galleries at the Cincinnati History Museum, the reopening of the Ice Age Experience, and the expansion of the Neil Armstrong Space Exploration Gallery owned by Harold C. Schott Foundation in the Museum of Natural History and Science. This is paired with the stunning new Maya: The Exhibition (US debut March 14th), a celebration of women’s suffrage and creativity-inspiring exhibits to be announced in the coming months.

Visit cincymuseum.org for a full list of attractions and to purchase tickets.

The Cincinnati Museum Center (CMC) at Union Terminal is a nationally recognized institution and a national historic landmark. Organizations within CMC include the Cincinnati History Museum, the Duke Energy Children’s Museum, the Museum of Natural History and Science, the Robert D. Lindner Family OMNIMAX® Theater, and the Cincinnati History Library & Archives. Recognized as the 17th most visited museum in the country by Forbes Traveler Magazine, CMC welcomes over 1.8 million visits annually. More information can be found here.