CINCINNATI, Oh. – The Cincinnati Museum Center (CMC) continues to enhance its museum experience with the addition and expansion of three galleries at its Cincinnati History Museum this spring. The additions are part of the ongoing introduction of a dynamic new CMC by CMC. 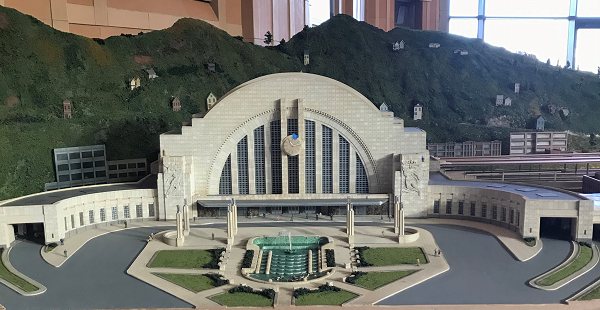 Cincinnati on the move extended March 20

One of the most popular exhibits at the Cincinnati History Museum is back on the trail with renewed energy and interpretation. Cincinnati in Motion, CMC’s S model of the city, recreates downtown in the 1940s, including Carew Tower, City Hall, Plum Street Temple, Roebling Bridge, and streetcars rattling through the streets. Exhibits include Cincinnati neighborhoods in various decades, including the West End in the 1930s, Mt. Adams in the 1920s, Spring Grover / Ivorydale in the 1910s, and Over-the-Rhine / Mt. Auburn in the 1900s . Guests will love new interactive ways to navigate the model from the perspective of the train, hear and smell details of familiar locations, and even see spare parts for the model being 3D printed.

In addition to the new experience of Cincinnati in Motion, guests can return to their favorite attractions like Union Terminal, Music Hall, Cincinnati Zoo & Botanical Garden, and the city’s slopes. In total, the 4,000 square meter display includes more than 1,200 buildings, 18 moving locomotives, four operating inclines, over 500 vehicles and 2,000 people. Details like hydrants, dogs, carts, horses, and street lights bring the layout to life. A lighting cycle changes the city from day to night throughout the day. 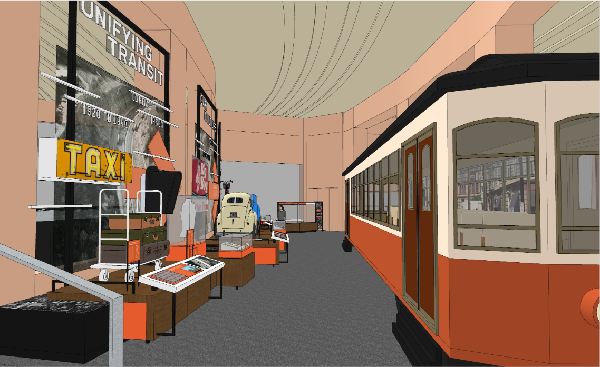 The design of our city begins with a birch bark canoe in the style of the indigenous peoples who traveled the Ohio, Little Miami and Licking Rivers from 1700 to 1810. Additional artifacts underscore the importance of rivers as early trade and transport routes that lead to both Indian and white colonization in the region. Train and steamboat models, train whistles and sensory stations bring the era of early steam traffic to life. In the period from 1860 to 1920, the residents expanded out of the river’s catchment area and climbed the surrounding hills using inclines and trams. CMC’s orange tram highlights this hub and invites guests to ride along, while video and audio recreate three different tram rides in Cincinnati in the 1910s, 30s, and 40s. In addition to Cincinnati in Motion, Shaping Our City explores how rivers, rails, and roads have been shaped and defined our region over the centuries. Transport was spurred on by innovations, which Shaping Our City presents with a selection of vehicles, maps, objects and interactive elements. Insofar as the transport allowed access, it also impaired access. One of the questions the new gallery explores is how Cincinnati’s urban development has connected and divided the city and its people.

Shaping Our City also shows the city’s efforts to centralize transit in the first half of the 20th century, including the construction of the Union Terminal. An old Crosley Super Station Wagon and photos from CMC’s Kenyon Barr collection tell the story of how car culture changed the landscape of our city and its neighborhoods, particularly with the construction of I-75.

As transportation continues to change, this exhibit urges guests to anticipate how autonomous vehicles, scooters, bicycle parts, ridesharing, and other choices we make today will continue to shape our city. 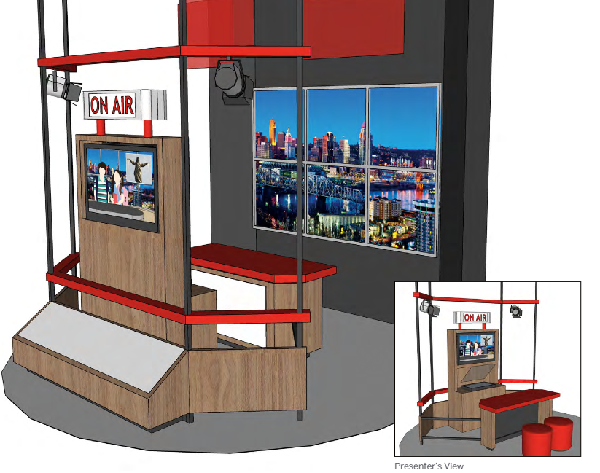 You are here opens April 17th

You Are Here opens on April 17 on the lower level of the Cincinnati History Museum and tells stories about the history of Cincinnati – its people, places, traditions, and struggles – that spark curiosity about what life was like in the city and can be. The gallery focuses on three themes: Live here, work here and play here.

People from all backgrounds have made Cincinnati their home. Living Here examines how they made the city what it is today. Objects and presentations highlight Cincinnati’s rich neighborhood traditions and identities, including schools, beliefs, and domestic life. A compilation of home videos and photos from CMC’s collections and public filings shows a snapshot of everyday life. The interactive Cincinnati Counts invites guests to weigh up different questions and compare their answers with those of others, while another display includes quotes from famous residents from the past and present.

Cincinnati has also long been a destination for job seekers, business owners, and local residents working to pay the bills. The Working Here section examines how jobs, work, and volunteering contribute to the city’s personal identity and character. An interactive timer includes time cards with questions or statements that challenge guests to introduce themselves as workers in yesterday’s Cincinnati: “You are a woman in the 1920s. Where can you find work “Or” It’s a dirty job, but someone has to do it! ” Industries featured include our city’s unique food industry, where objects pay homage to our chilli, goetta, beer and the people who make them. The way in which communication has changed over the decades is also included in this section. These include a range of phonographs, typewriters, fax machines, flip phones, and more. Guests also have the opportunity to learn some history interactively as they become news channels for prominent stories from the past.

You Are Here’s “Play Here” section honors what Cincinnatians have long known: Having fun together is a hallmark of our city. In the long history of sports in our city, the Reds, Bengals, Royals, FC Cincinnati and boxer Ezzard Charles have been equipped with memorabilia, stadium seats and ticket stubs. An interactive flip book tells the stories of Cincinnati’s numerous parades and festivals, including Oktoberfest, May Festival, and the opening parade, and an interactive perfume reminds guests of what their favorite treat smells like in the stadium or a visit to the zoo. In an interactive mural studio, guests can create and present their own work of art in public spaces, similar to ArtWorks murals and BLINK displays.

CMC continues to improve its museum experience and has further gallery openings and exhibition expansions planned for 2020. Building on its most-visited year to date, with 1.8 million visits, CMC brings together science, history and play to be the only CMC to offer unique, multidisciplinary experiences.

New technology shows encouraging results in the treatment of osteosarcomas