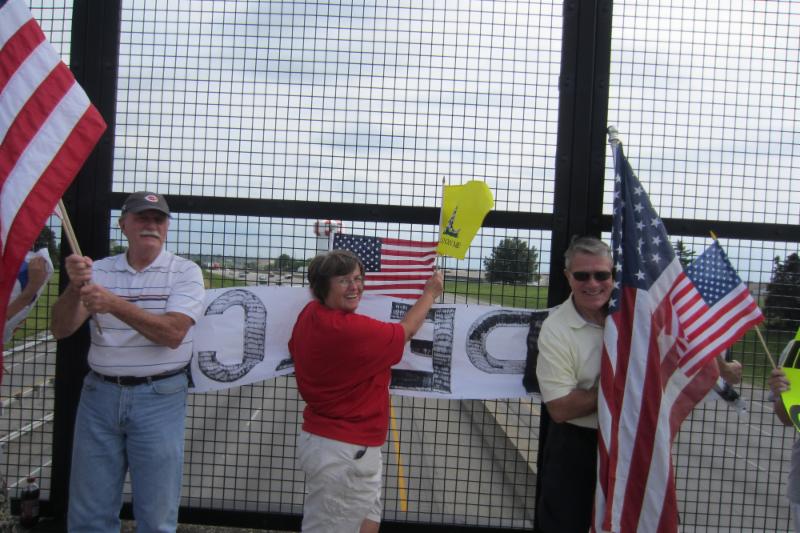 The followers, who broke away from the Boone County Tea Party in 2010 to form a separate group, held their final meeting on October 12 at SubStation II on Dream Street in Florence.

A message on the group’s Facebook page encouraged supporters to continue the group’s efforts to select candidates with views that match their values:

Members of the Boone County’s Grassroots Tea Party manned flyovers to demonstrate opposition to the Obama administration in 2013 (photo provided).

“As we have seen more than once over the years, organizations that you volunteer to have finite lives. The last seven years of weekly meetings, rallies, road trips (to DC, Frankfurt, Fancy Farm, etc.), events (day of resistance, reading the declaration of the 4th, etc.), protests (3 Benghazi, impeachment trials) Obama, etc. ) Candidate sign waves, parades and more, have literally become a huge part of our lives.

“As we celebrate the past few years, we also recognize the need to devote time to other endeavors. Vic (Altherr) will of course continue to serve at the Finance Court and the Boone County Planning Commission.

“Although Monday was the last meeting of the Grassroots Tea Party, we strongly encourage you to put your energy into choosing candidates who reflect the Tea Party values ​​of Limited Government, Free Markets and Fiscal Responsibility. As discussed at last night’s meeting, we plan to donate our state coffers to organizations we wish to support, such as Hillsdale College (Disabled American Veterans and the American Center of Law and Justice ACLJ).

“Finally, we would like to express our deep gratitude to Mike Cartuyvelles from SubStation II. Mike kindly offered us his restaurant every Monday evening. Mike, we couldn’t have done it without you. “

The message was signed by Grassroots Tea Party members Emily Shelton and Ann and Vic Altherr.

The Boone County Tea Party was founded in 2008 by a group of individuals who had banded together against a proposed Boone County parking tax. It soon became one of the most influential tea party organizations in the state.

The group rallied support to defeat the parking tax and is believed to have helped U.S. Senator Rand Paul, R-Ky, who is now fighting for the GOP President nomination, and Rep. Thomas Massie, R-Vanceburg, too Their first were chosen terms.

Its members included Boone County Commissioner Cathy Flaig and current County Administrator Kenny Brown, who was elected to his first term in 2010 with the strong support of the Tea Party.

Members of the Boone County Tea Party were also regular visitors to Frankfurt during the state’s legislative sessions and kept members informed of important polls and issues at weekly meetings. 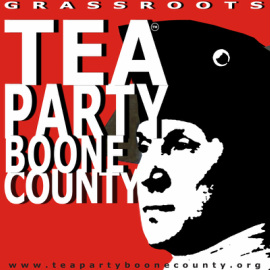 When Grassroots supporters split in 2010, some wondered if Boone County was big enough to support two tea party groups.

Despite these concerns, the Grassroots Tea Party remained a pre-eminent force in Boone County.

It also highlighted a wider divide within the Boone County’s GOP among tea party loyalists and more mainstream Republicans, which appears to have narrowed after the 2014 county elections.

Membership numbers for tea party groups have always been difficult to determine, as affiliates have traditionally declined to be classified as a political organization. However, attending meetings with high profile speakers like Massie filled the restaurant on Dream Street to capacity.

While attendance at weekly meetings had declined since the group’s heyday, the Grassroots Tea Party had a loyal following and the decision to break up was abrupt and surprised some.

Under the umbrella of the Northern Kentucky Tea Party, individual groups in Boone, Campbell, and Kenton counties meet once a month, and the individual county groups also meet regularly.

These meetings are expected to continue.

Mark Hansel can be reached at [email protected]