The Archdiocese of Cincinnati is preparing to reorganize its parishes 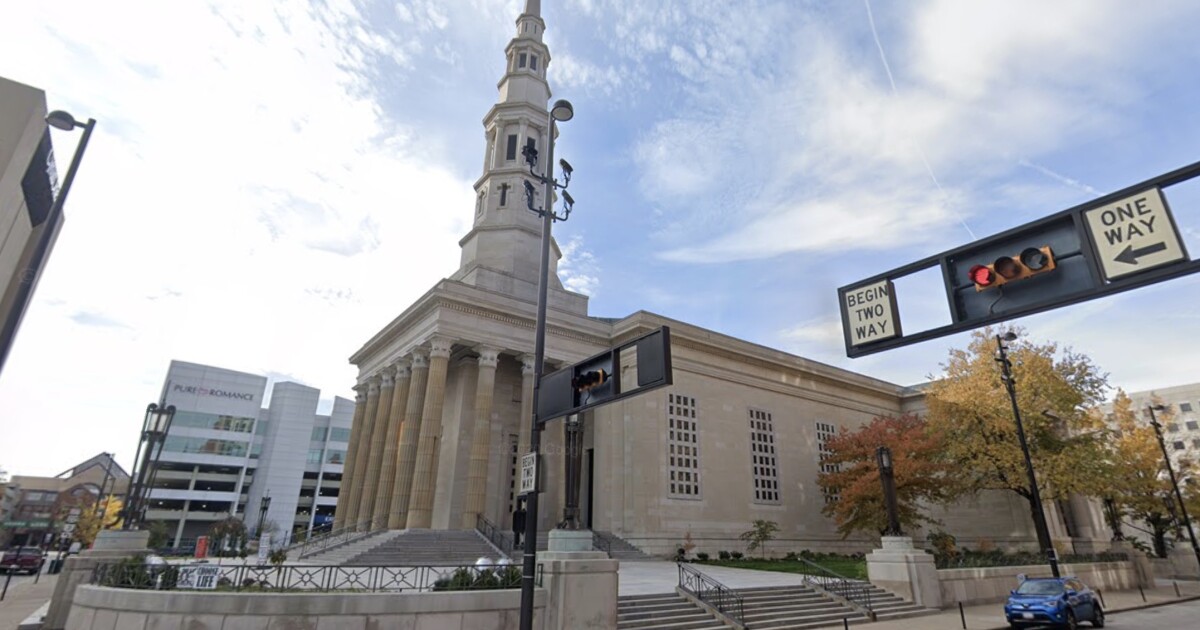 With fewer Catholics and fewer priests, the Archdiocese of Cincinnati is preparing to unite congregations into groups called “families” – a reorganization that some churches in southwest Ohio could move towards less use or possible closure, although closings are not imminent .

A draft of the reorganization with the name “Beacons of Light” is to be presented on October 1st, the completion of the plan is planned for this winter.

The impact is significant to the religious lives of approximately 160,000 registered Catholic households in southwest Ohio, with the plan affecting or potentially affecting community operations, exhibition plans, employment, children’s education, and more.

A “family” of parishes is a group of multiple parishes run by a pastor. Details of which churches are proposed to be linked are not public, but Archbishop Dennis Schnurr said in a nearly 20-minute video interview on the Archdiocese’s Beacons of Light website that “families” could consist of up to six or seven churches.

“Not all, but some, depending on the size of the community and the distance between the communities,” said Schnurr. “All of these factors are taken into account.”

When faced with questions about this story, a representative from the archdiocese referred to the Beacons of Light website (https://catholicaoc.org/beacons-of-light) and said more details will be announced in the coming days.

But the way in which parishes work today is “not sustainable,” said Schnurr in his video interview.

Previous attempts have been made to identify and highlight the problem, but without further action, he said.

“This must pursue it.”

The model of a pastor serving a church is already out of date. Today pastors sometimes serve two or more parishes. For example, Rev. Satish Joseph pastors the Immaculate Conception and St. Mary parishes in Dayton and St. Helen parishes in Riverside. (Joseph declined to comment on this story).

While that’s only a 16% decrease, the number of priests can be seen as the biggest challenge. Far fewer priests are at work.

In 1970 the archdiocese had 417 active diocesan priests, almost 450 available priests in total, who at that time were caring for about 259 parishes.

There are different ways of counting priests, but a report by the archdiocese today indicates around 160 active priests (Schnurr mentioned 150 in his interview) serving around 208 parishes – a decrease in the number of priests of around 61% compared to Vor 51 years.

Another disheartening data point: Twenty out of 114 (17.5%) pastors are eligible to retire or are facing “mandatory” retirement, according to the Archdiocese’s “Current Realities” report on the Beacons of Light website is.

“We just don’t have enough priests to serve all of the parishes,” said Rev. John Civille, pastor of the Holy Family Parish in Middletown. “And it will stay that way for some time. So basically they have to put some of these churches together. “

“The archbishop thinks it will tighten again, but we’ll just wait and see,” he added. “But it’s hard to know how to do it. As for us, I don’t know what’s going to happen. “

The well-being of the priests was at stake, said Schnurr.

“These priests have been told to do more and more,” he said in the video. “If this continues, it will already have an impact on the health and well-being of our priests, emotionally, psychologically, spiritually and physically.”

“Disposal of the entire parish property”

The Archdiocese’s “Frequently Asked Questions” list addresses the possibility of closed churches with this answer:

“The expectation is that over time a family of parishes will become a canonical parish. With this in mind, it is important to remember that a congregation can consist of a single church or multiple churches. “

When asked if churches are being closed, Schnurr said in the video, “Beacons of Light is not focusing on closing churches at all.”

However, he added, “Over time, some pastor families may conclude that we really don’t need all of these campuses. We can achieve this with fewer locations – and then the decision could be made to reduce a parish church to the status of an oratory or a chapel. “

That decision is made by the local parishes, not the archdiocese, he said.

A family will have a pastor who will be assisted by parish vicars or associate pastors, Schnurr also said.

As new priests are ordained, older priests retire or leave active service. Schnurr said that early in their careers priests were asked to become pastors – essentially administrators, educators, and sometimes spiritual leaders for thousands of families.

Sometimes experienced priests can look after younger priests. But that too would be difficult, said the Archbishop.

“That is no longer possible today,” he said. “As we ordain more, the older priests are still retiring faster.”

Sandra Yokum, a professor of Faith and Culture at the University of Dayton, said she did not want to jump to conclusions. However, she believes the archdiocese is trying to “respond to the reality of the situation”. She believes that the leaders of the archdiocese strive to be “transparent” also about their work.

“I think my feeling is to wait and see how things go,” said Yokum.

She added, “It will be a big challenge.”

“The Movement of People”

This is more than a story of dwindling numbers.

According to data from the Center for Applied Research at Georgetown University on the Apostolate’s 1964 blog in 2019, there are 1,437 fewer churches in the United States today than in 1971 (up from 16,346 total).

But the numbers are not shrinking everywhere. There are states and areas where the Catholic population is experiencing dramatic growth.

Pastor Tom Gaunt, executive director of the Center for Applied Research in the Apostolate (CARA), believes it is a population movement.

“People have moved to the suburbs from urban areas, but also from the northeast, the Midwest, the south and the west of the country,” he said in an interview. “So you will see that Cincinnati has seen its number of Catholics decline year after year for the past few decades. But at the same time we see this explosive growth in places like Atlanta or Houston. “

Mark Gray, a researcher for CARA, wrote in 2019 of what he called a “story of two churches,” in which “pastors in different parts of the country tend to worry about different things (leaving the lights on vs more benches and parking spaces.) “

The growth of Catholics has been concentrated in the south and west. For example, CARA found that Texas added 293 churches from 1971 to 2019, Florida added 165 churches during that period, and Arizona and New Mexico 121.