The 10 best films based on short stories 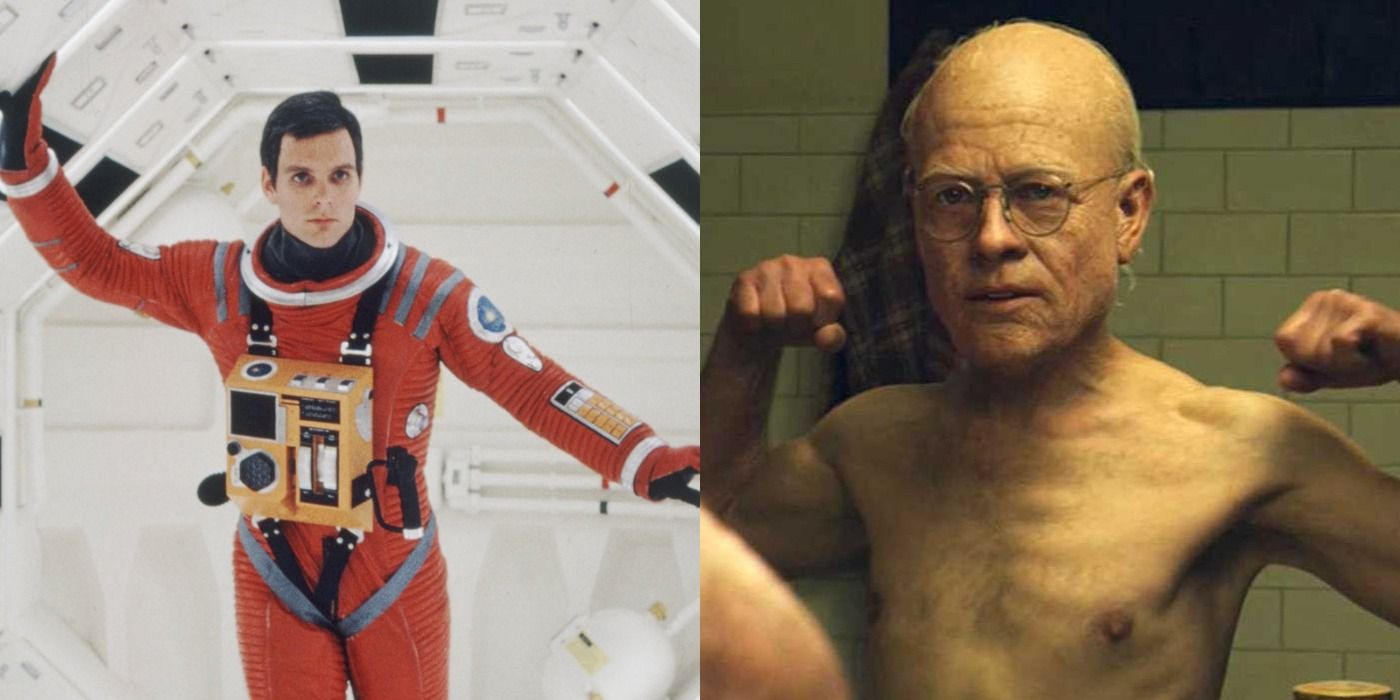 Some of Hollywood’s greatest films were motivated by other artistic media; Comics, novels, and video games have long served as sources of inspiration for filmmakers. However, short stories have often proven problematic when they are made into movies, as with less content to draw from, it can be difficult to expand these stories into feature films.

RELATED: 15 Movies That Are Better Than The Book They Are Based On

Short stories have been around for centuries, and as such, the film industry had plenty to choose from Brokeback Mountain to The Illusionist and Minority Report, and here are 10 of the absolute best.

The 1956 original by science fiction writer Philip K. Dick was published in Fantastic Universe. It is set in a futuristic society where three individuals called “precogs” hooked up to a grotesque machine can predict crimes before they happen.

Thurber’s 1939 New York short story “The Secret Life of Walter Mitty” follows a middle-management man who dreams of what his life might be like in various scenarios of being the hero while on with his wife running errands every day.

The film, which Ben Stiller directed and starred, follows many of the same ideas as Thurber’s short story, and the play on words the author uses in his text translates it into the film, as does the larger-than-life daydreams and feeling of escapism. One major departure from the short story, however, is that in the film, Mitty goes on an adventure to take control of his existence, rather than restricting himself to the adventures in his head.

Milhauser’s famous short story (1990) weaves a magical, semi-autobiographical story of a magician who demonstrates outstanding / otherworldly tricks such as phantasmagoria and the more traditional sleight of hand techniques to the audience in Vienna at the turn of the century.

Neil Burger’s film, starring Edward Norton, Paul Giamatti, and Jessica Biel, stays true to the text, using the same characters and magic that are present in Milhauser’s short story. Milhauser attached particular importance to the fall of the Habsburg Empire and the disillusionment of the citizens. The film deviates from Milhauser in that it depicts the relationship between Norton’s and Biel’s characters as central and as a motivation.

Carver’s short story, What We Talk About When We Talk About Love, published in 1981, is about a man whose life is in tatters after his wife left him. He “moves out” to the front yard and sets up a house there, thinks about “his and his” side while he drinks his strong alcohol and is even more surprised.

RELATED: The White Tiger & 9 Other Great Movies Based on Award-Winning Booker Novels, Rank

The film by director Dan Rush and with Will Farrell and Rebecca Hall in the lead roles is a dramatic film with black comedy that is based on Carver, but develops and concretises its characters much more than the text, as well as the setting and the plot / devices. However, the thematic elements tie the two stories together as they struggle with displacement, the way people mask their pain, and the value of things that are both tangible and abstract.

This Gothic piece by Irving tells the creepy story of a headless horseman terrorizing the town of Sleepy Hollow and involving demonic dances, haunted forests and the coveted Katrina Van Tassel. A conflict arises between the supernatural / imaginary and the real and takes into account the unreliable narrator.

RELATED: 10 Horrible Film Adaptations That Should Have Been Good

Tim Burton’s film, starring Johnny Depp and Christina Ricci, goes well with Irvings, as both demonstrate the symbolism of the pumpkin head and easily scare Ichabod. In addition, the headless rider is a German mercenary in both versions, which corresponds to the historical context. Additionally, both artists uphold the value of storytelling and war. The difference between the film, however, is that it is overtly disturbing, while the text is meant to be humorous in many places.

The 1922 short story by F. Scott Fitzgerald dictates the story of a man who ages backwards, is born looking old and able to speak. As he gets younger in his looks so does so in his abilities, and he dies as a newborn with all the limited abilities of an individual as well.

David Fincher’s film of the same name, starring Brad Pitt and Cate Blanchett, received positive reviews and follows the same overall idea, but with a few curious changes. For example, in the movie, Button names New Orleans instead of Baltimore. Both narratives emerge and convey the same messages about the importance of social status; Fitzgerald wrote the story of Benjamin Button on purpose at the start of the American Civil War and in Baltimore as it was a time of significant changes in every way of life, which gave it a slightly satirical tone throughout.

Leonard’s 1953 short story is a great American literary western about an ordinary man escorting a dangerously infamous outlaw to federal prison alone through the southwestern United States. Leonard is praised for his straightforward writing, in which he portrays two divided men but with a deep understanding of one another.

The 2007 James Mangold film, starring Russell Crowe and Christian Bale, uses much of the same language Leonard uses in his short story and also maintains the relationship between Scallen, the escort, and Kidd, the outlaw. Of course, some artistic discretion was used in expanding the storylines and plot to make it a full-length film, but the messages remain – the great American West, justice, masculinity, and others.

Clarke’s short story, published in 10 Story Fantasy in 1951, tells the story of a strange artifact left on Earth’s moon by ancient aliens that is shiny and tetrahedral in shape, encased in a spherical force field that transmitted signals and then stopped abruptly . It serves as a cautionary note of potentially intelligent life in space travel.

The Oscar-winning film by Stanley Kubrick, starring Keir Dullea and Gary Lockwood, explores topics of existentialism, human evolution, artificial intelligence and extraterrestrial life and is characterized by its scientifically accurate film adaptation of space travel and special effects. Clarke wrote “The Sentinel” not long after the bombs on Nagasaki and Hiroshima, which reflected the fear and fear of the Cold War, nuclear self-destruction and mass destruction.

Orr’s play about the unscrupulous rise of a woman to Broadway star is a classic tug-of-war between tradition and ambition, theater versus Hollywood and society’s dealings with aging women. When a woman sneaks into her idol’s life and rushes to become a superstar, it leaves readers staggering over the love of power.

Mankiewicz’s film, starring Bette Davis and Anne Baxter, manages to convey many of the same messages as the short story, while taking some time to expand on the plot, setting, and storylines. At a time when society’s expectations of women were underscored and disturbed by their desires, both versions of the story made waves.

The 1997 short story by Proulx is about two men who are hired as sheep keepers for a summer and have a relationship with each other. Even when their lives are falling apart, they occasionally meet for liaison on camping trips.

Ang Lee’s 2005 film, starring Heath Ledger and Jake Gyllenhaal, carries the same emotional charge as the text, but with a few variations. For example, the friendship between the men is not as firmly entrenched in the film as it is in the short story. It was partly inspired by McCarthy’s ‘Lavender Scare’ and challenges the idea of ​​the ‘typical’ West American man.

NEXT: 10 Kids Movies You Didn’t Know Was Book Based


Next
The highest grossing film of the 1990s rated by IMDb

Victoria currently resides in Oklahoma with her husband, boy child, cat, and dog. Originally from Kansas, she received her AA, BA and MA high school diplomas from schools in Kansas in 2011, 2013, 2015 and 2018 (the last 3 all in English). She has taught at high school and college levels and while she loves it very much, she is taking a step back. In her free time she reads, writes, meditates, sleeps and eats; You know the usual.

Bogotá’s planetarium has been updated to bring culture, science, art and science together