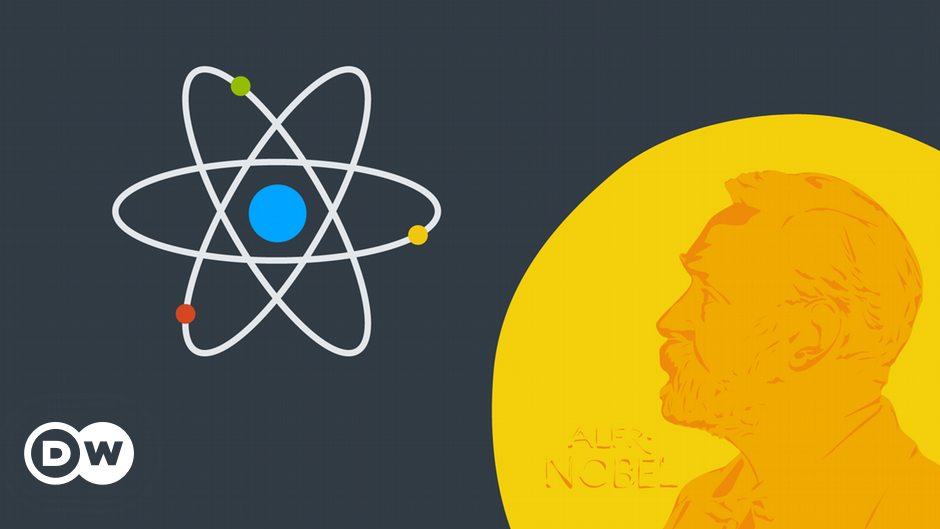 The 2021 Nobel Prize in Physics was awarded to three scientists whose cumulative work can be summed up in two words: Climate change.

Half of the prize went to Syukuro Manabe and Klaus Hasselmann “for the physical modeling of Earth’s climate, quantifying variability and reliably predicting global warming.”

And the other half went to Giorgio Parisi “for the discovery of the interplay of disorder and fluctuations in physical systems from atomic to planetary scales.”

The Nobel Committee got Parisi on the line from his home in Rome to Stockholm, and when asked whether he had a message for politicians meeting at the COP26 United Nations Climate Change Conference, he said simply: “We have to act now.”

On the surface of things, this year’s Physics Nobel Laureates have been recognized for some very complex science. And, indeed, it is.

But at its heart lies a desire to turn complex and random, disordered systems — such as extreme weather events — on our planet into a simpler language that will allow us to understand and predict them.

Thors Hans Hansson, a Professor of Theoretical Physics and chair of the Nobel Physics Committee said that was what physics was all about.

It’s not just about describing electrical currents that flow predictably through a lamp to produce light. Or the Earth’s elliptical orbit around the sun. It’s about using “basic theories of matter to explain complex phenomena and processes, like how glass is structured or the development of the Earth’s climate,” said Hansson.

That takes “deep intuition” and “mathematical ingenuity,” said Hanssen, and this year’s Laureates are “true masters.”

So, what did they do?

First, there’s Syukuro Manabe, who in the 1960s began work to demonstrate how increased levels of carbon dioxide in the atmosphere lead to increased temperatures at the surface of the Earth.

Then about 10 years later, Klaus Hasselmann created a model that linked together weather and climate. This work explained why climate models “can be reliable despite weather being changeable and chaotic,” writes the Committee.

And perhaps most significantly for non-scientists, Hasselmann developed methods for identifying which natural phenomena and which human activities leave their mark on our global climate.

“His methods have been used to prove that the increased temperature in the atmosphere is due to human emissions of carbon dioxide,” writes the Committee.

Then in the 1980s, Giorgio Parisi discovered “hidden patterns in disordered complex materials.” That work contributed to the general theory of complex systems.

“They make it possible to understand and describe many different and apparently entirely random materials and phenomena, not only in physics but also in other very different areas, such as mathematics, biology, neuroscience and machine learning,” the Committee writes.

Parisi’s work may seem unconnected to climate science, but our climate is one of our most complex systems, and we use mathematics and increasingly machine learning to understand it better. So, it all comes together.

“The[se] discoveries demonstrate that our knowledge about the climate rests on a solid scientific foundation,” said Hanssen.

Who are the new Nobel Laureates?

Syukuro Manabe is a climatologist and meteorologist at Princeton University in the US. Manabe was one of the first to use computer modeling to study and explore the role of greenhouse gases in both maintaining and changing the thermal structure of the Earth’s atmosphere.

Klaus Hasselmann is a meteorologist at the Max Planck Institute for Meteorology in Germany. Hasselmann is interested in the oceans and remote sensing of Earth’s climate with satellite technology.

Giorgio Parisi of Sapienza University of Rome, Italy, is a theoretical physicist with more than 500 scientific papers to his name. Parisi’s work has covered string theory, disordered systems and computer sciences.

The Nobel Prize for Physics is one of two that have been awarded to the same person twice. The other is chemistry.

John Bardeen was the lucky engineer and physicist. He won the prize first in 1956 and then again in 1972, sharing it both times with two other researchers, and each time it was for work into semiconductors and semiconductivity.

In 2020, the prize was awarded for two discoveries:

Roger Penrose took half of the prize “for the discovery that black hole formation is a robust prediction of the general theory of relativity.”

And Reinhard Genzel and Andrea Ghez shared the other half of the 2020 Physics Prize “for the discovery of a supermassive compact object at the centre of our galaxy.”

The Physics Prize is only the second in a week of awards.

It all started with Medicine on Monday. That was won by David Julius and Ardem Patapoutian for their discoveries of receptors for temperature and touch.

And on Wednesday, it’s Chemistry’s turn.

Later in the week, there will be Nobel Prizes for Literature, Peace, and then Economic Sciences.

The Nobel Prizes are in their 120th year. And over that time, it’s nurtured a reputation as being both secretive and rigorous. It very often awards its accolades to more than one person but a maximum of three.

And while many scientists might quietly hope to get the recognition of a Nobel Prize one day, some have told DW it’s good enough to have one’s work associated with a Nobel Prize and let other scientists be the “victims” who sacrifice themselves and “bear all the burden of media hype to be there for a good cause.”

But the Committee is tough: If in any year it thinks no nominees are worth it, they reserve the right to let the prize money roll over into the next year.

This year’s winners receive a cash prize of 10 million Swedish Krona (about €980,000), a Nobel Medal and a range of other trinkets.

But they will have to wait until December 10, because tradition also has it that the prizes are handed out at a gala dinner in Stockholm.