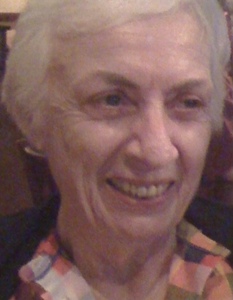 Susan C. “Susie” Richmond, 88 years old, of The Villages, Florida, died on Wednesday March 17, 2021.
Susan was born in Ft. Leavenworth, Kan., To Col. Joseph Franklin and Mrs. Susan Colborn Richmond.
As a child, Susan lived in Cookeville, Tennessee and Nashville and later in Frostburg. After all, she lived in Cincinnati for many years.
She died of her sister Diana Meehan; and the brothers Joseph Franklin Richmond Jr. and Harry Richmond.
Susie taught English in high schools in Washington, DC and Cincinnati, Ohio, where she was also the director of the Cincinnati Area Teacher Center. She was instrumental in founding the Cincinnati Teachers Union and served as secretary. After her retirement, she drove the RV to Alaska, Labrador and many places in the United States. Susie and Sally moved to Florida in 1997, first to Fort Myers and then to The Villages in 2005, where they never saw a golf course they disliked.
As a lifelong Democrat, Susie took great care of the country and education. She always wanted to hear what others had to say on the subject, especially young people. She was known for her generosity, sense of adventure, and ability to talk to anyone. She also enjoyed discussions about ideas, bridge, meeting friends, and traveling. She was a member of the Rainbow Family & Friends Club and the AAUW.
Her dear companion and wife Sally Gochenaur are among the survivors. She also leaves niece, Diana Bolt, Blythewood, SC; Nephew, Adam Richmond, San Francisco, California; Nieces, Carolyn McCarthy, Phoenix, Arizona and Melissa Richmond, San Francisco; Nadine R. Doefler, San Antonio, Texas; Susan M. Brouse, Cumming, Georgia; nephews Charles Meehan of Hagerstown and Joseph Frank Richmond III of Chandler, Arizona, and Michael Richmond of Sparks, Nevada; and cousin Hill Carlen of Cookeville.
A memorial for Zoom is being planned.
Please contact Adam Richmond at 415-845-7414 for more information.

The Cincinnati Opera will be performing “Carmen”, “Tosca” and “Barber” this summer

Scientific Instruments – With the death of Arecibo, an era of Radio Astronomy Science & Technology ends