Sport encompasses suspensions, not the abolition of culture as a path to inclusion 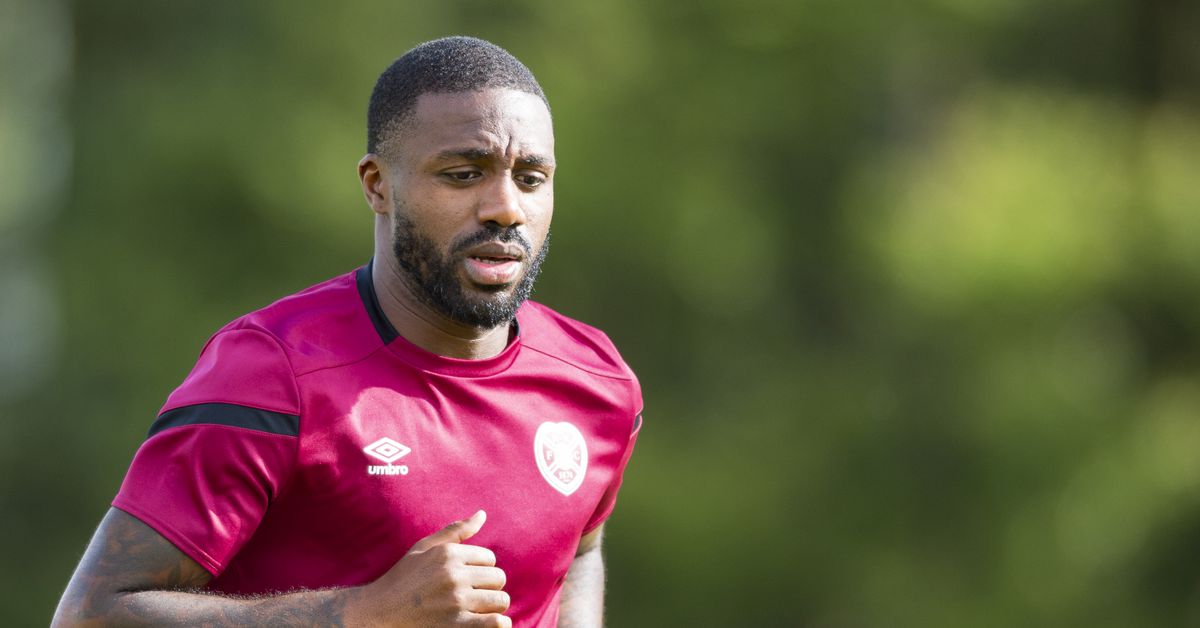 Every time an athlete uses a gay bow or someone is caught in the sport who tweeted something homophobic as a teenager, I see and hear some comments about the need to cancel them.

Boot them off the team. Kick them out of the league. Bye gurl bye.

Despite the screams of some, the sports world has come together to lead the way in demonstrating the power of pauses, forgiveness, and second chances.

The latest case study is Yann Songo’o, a former Major League Soccer player who is now replacing Morecambe FC, a high profile football club in England (but not for the English Premier League).

Songo’o was banned from the football association for six games for using a homophobic bow during a game in January.

Songo’o admitted what he was doing in his credit.

“I want to sincerely apologize for any crime I have caused,” the Cameroon player said last week, according to SkySports. “I’m really disappointed in myself to use this term because it doesn’t reflect the type of person I am, but it has been provoked.”

OK, the whole “that’s not who I am” excuse has gotten pretty tired. No doubt.

However, offering education (compulsory as part of the FA’s decision) and a second chance (after a suspension) has become a nice element of the sport’s handling of homophobic language and attitudes.

Exposure has become, and should be, a cornerstone of the professional sports world’s response to homophobic acts.

While not every professional athlete makes millions of dollars a year – the average player at Songo’o’s level of English football makes about $ 3,000 a week – the paperback beating doesn’t carry the weight of missing games. Fines are not enough.

Forcing them to miss the pitch with their teammates – and on top of that, miss a paycheck – is a difficult pill and a powerful tool for encouraging athletes to pay attention to their actions and improve their attitudes towards LGBTQ people.

Various sports leagues have adopted this tact in recent years, including the NHL (only sometimes), USA Hockey, the United Soccer League, Major League Baseball, and others.

The suspension route is in stark contrast to the way some companies in America – and the media in particular – handle such issues.

Most recently, Teen Vogue showed budding editor Alexi McCammond the door because of homophobic and racist tweets she sent in 2011 when she was 17. She had repeatedly apologized for this (so should she – some of the tweets were disturbingly offensive) and showed an understanding that she really knew what she was doing was wrong.

The disciples of cancel culture in the media and beyond go too far.

It should come as no surprise that it was in the media last year when we saw a complete rejection in sport. I think of the case of former Cincinnati Reds broadcaster Thom Brennaman, who also lost his job as an NFL player for Fox (Brennaman was able to call some baseball games outside of Puerto Rico this winter).

I’ve said many times that it is painful to see athletes who seem genuinely repentant are the targets of the canceled crowd, especially because of things they tweeted as teenagers. I am glad that most of the sports world has chosen education, suspension and redemption.

This approach should be a source of pride for those of us LGBTQ people in sports who have worked hard to build bridges instead of walls.

Of course, there were moments when it was difficult to avoid an athlete’s cancellation. When Tim Hardaway said to Dan Le Betard, “I hate gay people” in 2007 – and then said not that he regretted his feelings, but simply that he spoke his feelings out loud – we saw one of the most devastating sports cancellations of all time.

It’s hard to say it was undeserved at the time.

It was also good to see Hardaway becoming a champion for the LGBTQ community. Although I haven’t met or spoken to him, I’ve been both impressed and inspired by his reaction since those dark days in 2007.

Recently we saw golfer Justin Thomas rightly being beaten by the media and social media for uttering a gay slur during a game on TV. Even so, he was not suspended from tournaments and never missed any playing time.

Thomas lost a couple of sponsors – namely Ralph Lauren and Woodford Reserve Whiskey – so we’ll see if one hit can have any impact on his image and wallet. Although I’m skeptical, he has promised to help the LGBTQ community and make up for his hot mic moment, but we haven’t gotten any insight into what it will look like.

The clock to keep his promise is ticking for Thomas.

As for Songo’o, only time will tell if that approach works for him. Raised in Cameroon, he grew up in a society that couldn’t be more hostile to LGBTQ people, either culturally or legally.

Frankly, any anti-LGBTQ beliefs that Songo’o holds are probably not his fault. Growing up in a culture where gay people are killed is hard to ignore.

In 2010 the US State Department published this report on the living conditions of LGBTQ people in Cameroon:

[LGBTQ people] In general, due to the pervasive social stigma, discrimination and harassment, and the possibility of imprisonment, they went unremarkable. Gays and lesbians have suffered harassment and extortion by law enforcement officials. False allegations of homosexuality were used to molest enemies or extort money.

This opportunity with Songo’o sure seems like an open door to working with an athlete and taking them to a place of acceptance. Switching perspective and hoping that it will become a beacon of acceptance for the people of Cameroon is an opportunity we simply cannot miss.

It’s a place a complete rejection would never bring him.

The governor opens the Center for Invention, Innovation, Incubation and Education (CIIIT) Jammu