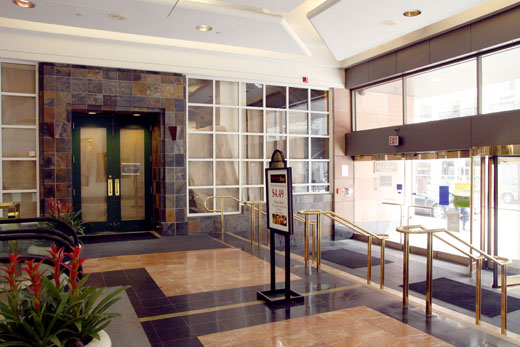 It was only a short time ago that many residents, businesspeople, and visitors to downtown Cincinnati complained about the lack of sushi options downtown. But like the nightlife in downtown Cincinnati, the dining options are flourishing and capitalizing on the renaissance in the urban core of Cincinnati.

The newest place to add to the mix in May is Soho Sushi. The sushi restaurant will complement the already popular sushi options at Bootsy’s and Mr. Sushi in the Downtown Backstage Entertainment District, but with a different approach where people can order custom-made rolls along with standard sushi staples.

“We will be offering affordable sushi at a good price,” said Stephen Harman, managing partner of Soho Sushi. “A lot of people think sushi is a luxury item, but we’re trying to break this preconception.”

Harman compared the new concept to Chipotle’s, which lets you hop on and off in a short amount of time, get a well-adapted product, and spend less than $ 10 on lunch. The concept is one that Harman and his business partner had not seen before and that was the main reason for opening a sushi restaurant.

“We were wondering what kind of business we hadn’t seen before in terms of quick, casual dining and sushi,” said Harman. “Everyone I grew up with and who I hang out with seems to love sushi, so it made a lot of sense.”

“We have seen a lot of growth downtown in the past five years since they redesigned Fountain Square, and it has brought a lot of life back to downtown,” said Harman. “We hope that we can take some of this traffic from Fountain Square towards us, draw crowds to the Red and Bengal Games, and ultimately help bring the urban lifestyle back to the city center.”

Soho Sushi (menu) is open Monday to Saturday from 11 a.m. to 6 p.m. for lunch and dinner. Take-out and catering are also available on (513) 246-4261. Also, follow @SohoSushiCincy on Twitter for special promotions and updates.