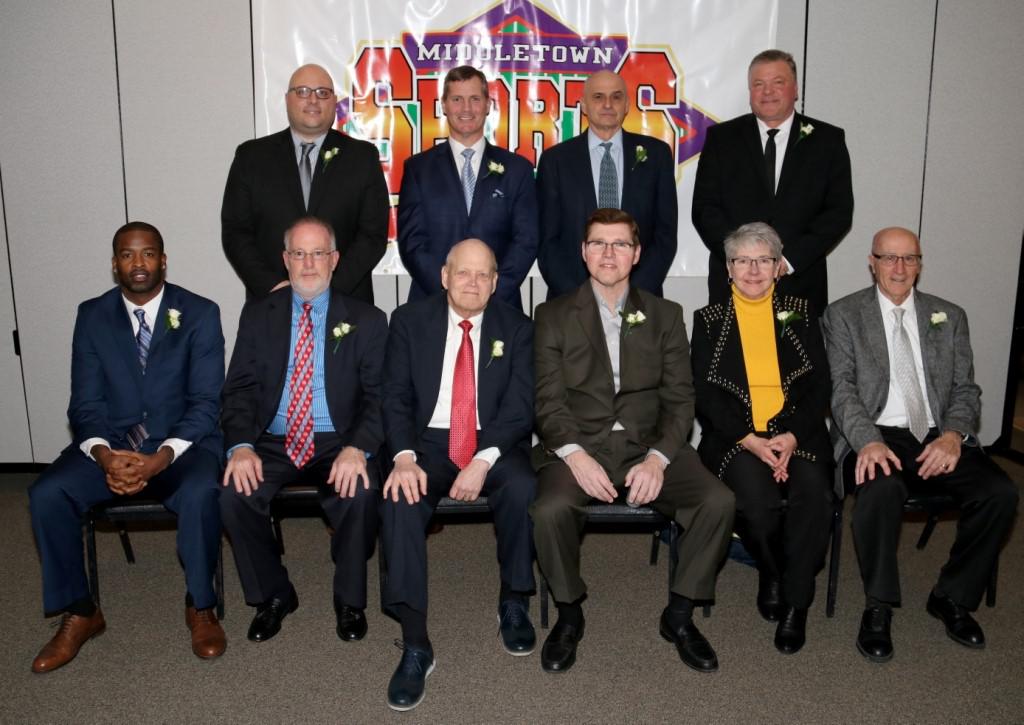 Part of this week’s column was written in the great state of Kansas, my second home.

After 10 years of talking and talking, I finally got together and reunited with my college roommates, sports writer Brent and attorney Darryl, in Lawrence.

It was like the old days. The memories were fresh and the laughter was hearty, and we also watched our (Fightin ‘) Jayhawks defeat the Tennessee Volunteers 74-68. Phog Allen Fieldhouse, the most special arena in college basketball, sold out for the 300th consecutive year

The Kansas Journalism School I attended nearly three decades ago underwent a major renovation. It now houses a fancy television studio … and no actual newsroom. Student reporters have laptops, and that seems like enough. Journalism in 2020, I suppose.

The weekend was a wonderful step back in time. We are more than twice as old as the current crop of students. The most important thing, of course, is that we are still young at heart. It was a wonderful way to burn off a weekend.

Some other thoughts and observations from the local scene and beyond:

** The Middletown Sports Hall of Fame Induction Dinner last week was good for the soul. Just a special feel-good evening full of good people and the phenomenal success stories of the initiated.

The Hall of Fame, in partnership with the Elks Club, had less than two weeks to pull things together for nearly 300 people. Given the circumstances, it felt like a big win in the ninth inning after two runs. The Elks’ ballroom was welcoming and cozy and the evening went off without a hitch.

The late Hall President Tom Serra’s imprint that evening was evident. Maryann and sons Jason and Chris were present. David Gallitto, the current president of the organization, had some warm words for his predecessor. The Hall of Fame annually presents Scholar-Athlete Awards to local students. This year and forever thereafter, these awards are named in memory of Tom Serra.

** Amari Spievey, Xavier’s all-time all-time rusher and former Detroit Lions defender, was among the 10 individual initiates. Spievey looked like he was about to step out onto a field and play.

** Sandy Hoffman had a lot of love and appreciation in the room. When the retired local cancer referee and basketball official stepped outside to receive his plaque, his former colleagues in attendance applauded.

** The 1980 national champions’ Xavier baseball team consisted of two players who were not 100 percent represented at dinner. Coach Terry Garstka, who has been struggling with health problems for some time and was unable to participate, was on everyone’s lips. A touching letter was read in which Garstka, in his own words, congratulated his hawks on this well-deserved recognition.

** All-round athlete Maggie Smith, the only woman inducted into the 2020 class, pointed out that she trained in softball after graduating from URI at Yale and high school in Rhode Island. These facts were not part of Mercy grad’s original Hall portfolio. Smith has lived a good life in Asheville, North Carolina for some time. She was accompanied that evening by her brother, LPGA Tour Caddy and Xavier grad Pete Smith.

** Middletown will always be a proud, connected sports community. There aren’t too many of them in the state. The hall’s mission to preserve the history of athletics in the city is unwavering (for the sake of transparency, I am on the board). The museum next to Palmer Field on Bernie O’Rourke Drive is currently under renovation. When the upgrades are complete, it’s worth paying a visit.

** Speaking of feel-good stories at home, I’ll give you the Middletown and Xavier basketball teams. At the start of this week, they both have an 8-2 record. They also belong to the same CIAC division (II) and are in the top 7, which include Naugatuck, Staples of Westport and Bristol Central.

Can you imagine a match between Middletown and Xavier in the state tournament? Just the thought of it unleashes the tire freak in me. Let’s see where that leads.

** Xavier recently suffered a loss to Hillhouse and could do so again against the top tier of the SCC simply because coach Mike Kohs works with a very short bench. Even so, the Falcons had many successful nights with their top five (Marcus Williams, KJ Grisham, Stephen Kohs, Parker Hunter, and Andrew Brown) and shouldn’t be underestimated. This could be a team to 15 wins.

** Big Shoreline Boys game in Clinton on Friday night between hosts Morgan and Valley Regional. They’re the two best teams in the conference, and they’re chasing Old Lyme, who (my prediction) is heading for a second division V direct match.

** The Cromwell Girls went undefeated in the Shoreline game with a 42-38 win over East Hampton, the Bellringers’ first loss in 10 games. The last toughest regular season game of the Panthers in the league is February 13th against Morgan. Coach Kelly Maher’s team will face New London, fourth opponent of the bigger league this season, at Jake Salafia High School on Tuesday evening.

** Middletown girls’ basketball team was decimated by injury and lost two starters in Kya Kya (preseason) and Ayanna McCalla (game # 3). A third, Guardian DeZiar Rose-Daniels, was recently injured and has not played. Still, the young Blue Dragons line-up did well in emergency situations and stayed with another very good Berlin team for most of a 56:46 loss on Friday.

“The kids played really hard and put a real fight into a team that was ranked in the state for most of the year,” said coach Rob Smernoff. “If we can continue to improve, I still believe this team will qualify for states for the 10th time in a row, despite all the injuries we’ve sustained.”

** Art Kohs, who founded the Xavier Athletics Program in 1963, and seven others will join the Connecticut Association of Schools / CIAC Hall of Honor as outstanding contributors to athletics at an event on April 23. Kohs wore many hats with Xavier, but is best remembered for his years as an AD and basketball coach for the Falcons. He was a longtime member of the CIAC boys’ basketball and tennis committees. A worthy honor for Kohs to say the least.

** When Middletown Post 75 presented its awards for the 2019 Summer Season, the MVP Award (named this year after outgoing General Manager Phil Cacciola) went to Connor Cardi. Jake Famiglietti was voted Most Improved and Niko Kulpik was Rookie of the Year.

For the 75’s 17U squad, Ryan Michaud was MVP; Tiernan Powers was pitcher of the year; Jack Konopka was the playoff MVP and Peyton Fröhlich was voted 10th man. Michaud, Powers, and Mike Garofalo were Zone 3 All-Stars, and Colin Loria was named “Mr. October “for his clutch game in the fall championship game.

** Kobe Bryant exceeded basketball which is why his death overwhelmed so many people in so many different sports. An iconic ambassador for the game in his early retirement, he was clearly on his way to doing many other meaningful things with his time, especially in the family sense. His tragic death is a “Where were you when you heard it?” Moment.

** We can stop asking if Major League Baseball will suspend players or vacate the 2017 (Astros) and 2018 (Red Sox) World Series titles because it just won’t happen. This would turn the sport upside down, and I don’t think anyone has the stomach to see it happen.

Two things that really annoy me about the sign theft scandal: 1. Carlos Beltran was the only person who immediately apologized for his involvement in the program; and 2. Some in the media followed up whistleblower Mike Fiers. Attacking a whistleblower is the American way. Instead, Mike Fiers should be thanked for smoking the scammers out of their holes because he knew no one else would. It is now up to the Commissioner to take effective action aimed at eliminating all technology in the game so that no one, player or coach, gains an unfair advantage.

** Neil Peart of Rush always had my voice as the best drummer in the world, just ahead of Jon Bonham of Led Zeppelin. My older brother and I attended the 2002 Rush concert at the Meadows in Hartford. This show was the first for the band in five years. Peart had lost both his wife and daughter during this time and he escaped. Far away. He traveled the world on his motorcycle and wrote a book about his experiences. The Meadows Show was electric and magical. A special music memory for me. RIP Neil.

** Super Bowl LIV Pick: The 49ers on either side of the ball will be a monumental challenge for the Chiefs. This is a great matchup of two of the best young quarterbacks in the NFL plus Andy Reid from the old school versus Kyle Shanahan from the new school. I want the Chiefs and Pat Mahomes to win, but the 49ers are a better all-round team. 49ers 34, Chiefs 24.