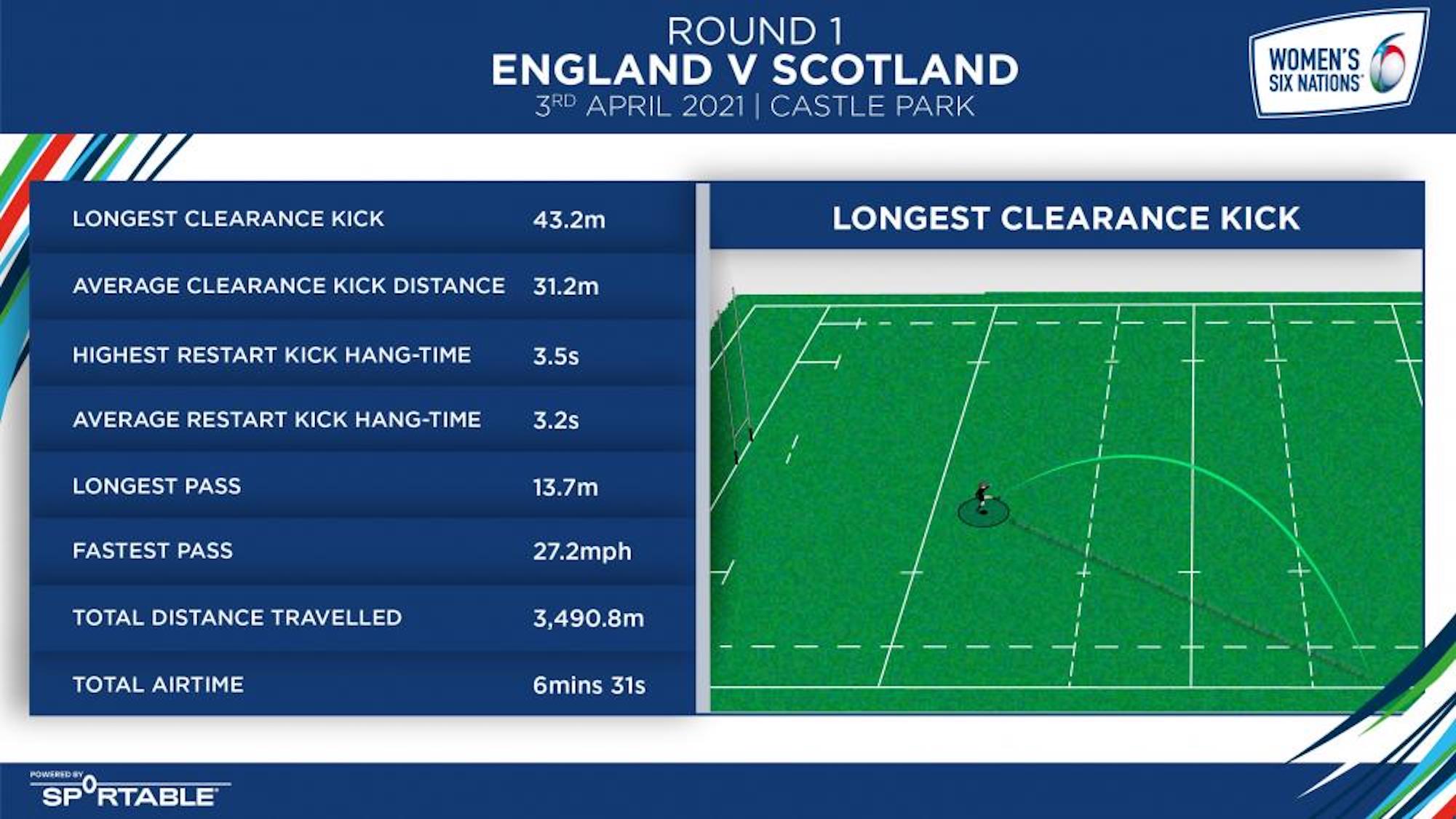 At another premiere of the championship, Six Nations Rugby is pleased to announce that Smart Ball technology was tested for the first time in an international test match in Doncaster last Saturday.

This new technology was developed by the English and Scottish women during their opening game of the Women’s Six Nations and will be tested in additional games throughout the 2021 championship.

The introduction of the Gilbert x Sportable Smart Ball in the women’s Six Nations marks a breakthrough in innovation for rugby. It is the first international elite tournament to use the ball.

Each match ball is equipped with a tiny tracking chip that records every movement on the field in real time. The new technology offers a whole new perspective on the skills and decisions of the players by providing a key analysis of the speed of passes and the waiting time of box kicks, restarts and distances of kicks. The aim of this additional knowledge is to provide coaches and players with an empirical tool for tracking and developing individual technical skills.

Metrics from the ball are captured by sensors around the pitch that compile these statistics. These are then presented to the teams privately as part of their review after the game. In subsequent phases, fans can watch games with on-screen graphics showing game data provided by smart ball technology.

Ben Morel, CEO of Six Nations Rugby, was delighted with this new development.

“Despite all the challenges of 2021, we were very happy to present a series of premieres for this six-nation championship for women. We are constantly looking to push boundaries, take rugby to a new level and introduce innovative tools that we believe will improve the development of the entire game and allow players and coaches to dial into complex analysis, ”he said .

Sportable CEO Dugald Macdonald said, “It is fantastic to announce this innovation in the Women’s Six Nations Championship as it represents a huge step forward in our goal of bringing the rugby perspective to both the fans and the teams to change. Over the past 6 years we and our partner Gilbert Rugby have developed technologies that will change the way people engage in sports. We are excited about the future of rugby and this prestigious competition. “