Should the Vikings sign the recently repealed Thaddeus Moss, son of Randy? 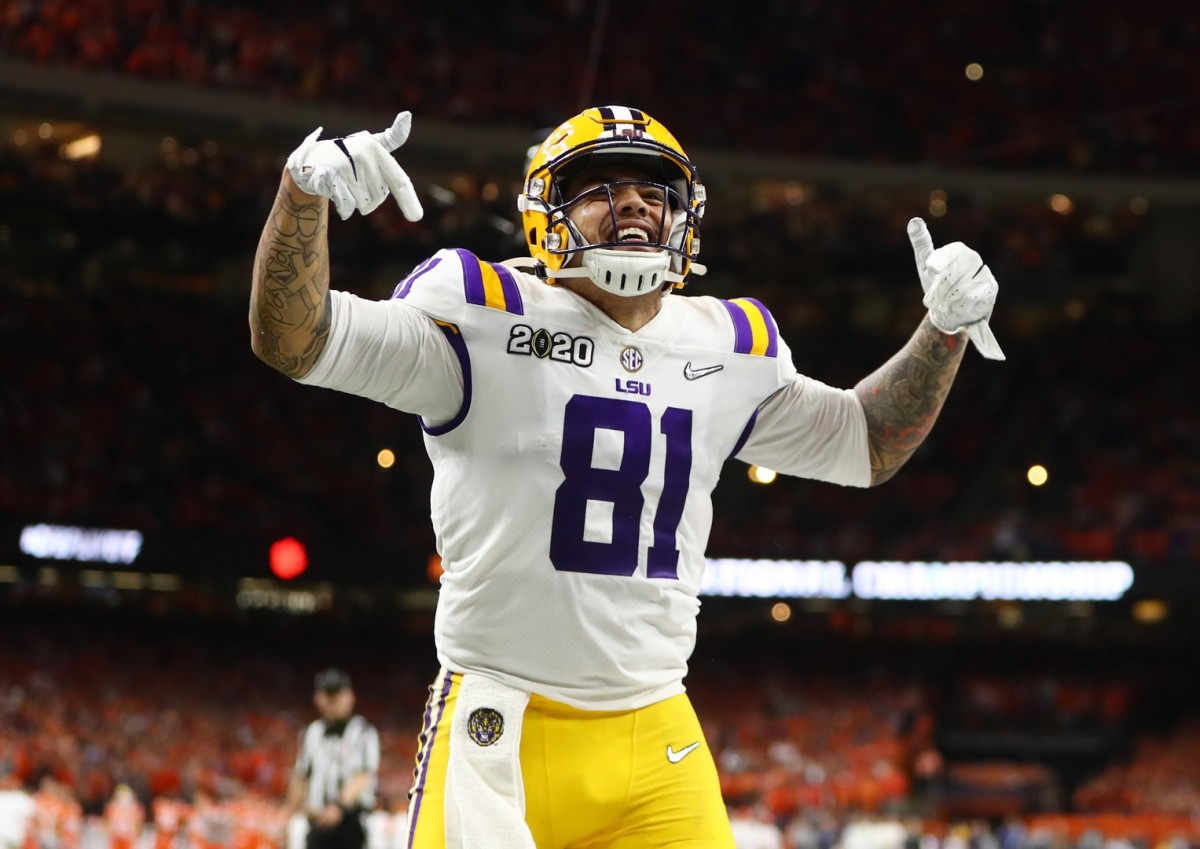 Former LSU tight end Thaddeus Moss was recently released by the Washington Football Team, and of course it’s worth wondering if the Vikings will be interested. As you probably know, Moss is the son of Randy Moss, one of the best players to ever wear a Minnesota Vikings jersey.

I think it would be a solid, inexpensive move to add depth. There’s no guarantee Moss would even get the squad out of training camp, but why not give him a chance?

Moss was a three-star recruit from Charlotte and began his college career in the state of North Carolina. After playing sparingly in his first year, he moved to LSU. Moss sat out in 2017 and missed all of 2018 with a foot injury, but 2019 was his breakout year. With future No. 1 overall winner Joe Burrow at the helm, Moss started 12 games for the Tigers, scoring 47 passes for 570 yards and four touchdowns.

Perhaps even more impressive is that Moss took a big step forward in the two biggest games of the year. In the semifinals of the College Football Playoffs against Oklahoma, he reached a career high of 99 yards and received a touchdown pass. In the national championship game against Clemson, he added two more touchdown receptions. Moss was a large part of a historical misdemeanor that also included Justin Jefferson, Ja’Marr Chase, Terrace Marshall Jr., and Clyde Edwards-Helaire.

Moss was not drafted and picked up by Washington last year, but spent the year with an injured reserve.

At 6’3,250 pounds, Moss is a good size and has decent athleticism. He doesn’t do anything very well, but he has the potential to develop into a solid player if he can stay healthy. After losing Kyle Rudolph this off-season, the Vikings could use another close end. If they signed Moss, he could battle it out with Brandon Dillon and a rookie in the late round for TE # 3 behind Irv Smith Jr. and Tyler Conklin.

The Vikings will take a step not just because of his surname, but from a footballing perspective, it’s worth trying. Why not?

Thank you for reading. Make sure you bookmark this website and check for the latest Viking news and analysis every day off season. Likewise, follow me on twitter and don’t hesitate to ask me questions there.

Russian investor in Kentucky mill is “deputy for the Kremlin”: report of the Senate Intelligence Committee