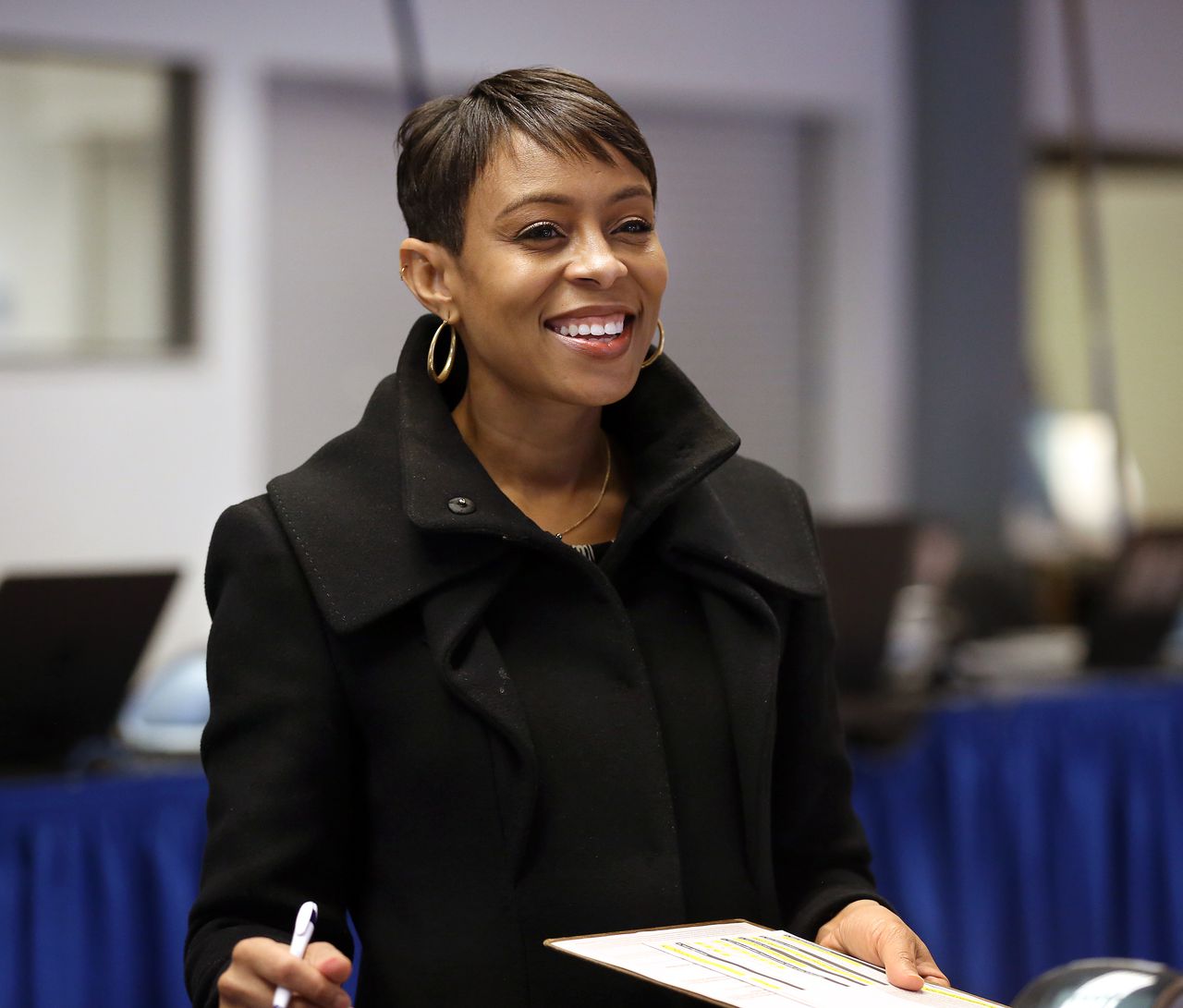 The Democratic Party has tremendous political power in Cuyahoga County and often votes with its endorsements when voters are armed with the party card of preferred candidates in polling stations. But Shontel Brown, as chairman of the county party and supported by a loyal leadership group, wields even more power to determine winners and losers within the party.

By controlling the party apparatus, Brown and her leadership team have the greatest say, with candidates having the support, money, time and support of the local workforce and elected officials. You can also influence who has the biggest “ins” with district clubs and other constituencies.

Therefore, in light of her long-announced candidacy for Congress, Brown must resign immediately as leader of the Cuyahoga County Democratic Party.

She should have done it months ago – as soon as she said in early December that she would replace her mentor, US Representative Marcia Fudge, in Ohio’s 11th Congressional District. Fudge is the election of the Biden administration as Secretary of State for Housing and Urban Development.

Fudge’s Gilded Democratic District takes up parts of Greater Cleveland and Akron, so the Democratic primary field it is supposed to replace is already large and could get bigger, as anyone who wins Democratic Elementary School will almost certainly win the seat.

The leader of the Democratic Party of Cuyahoga County will play a major role in deciding the winner of this main democratic competition.

Brown is already doing this – wrongly in their favor.

This apparent conflict is why Brown should have given up the party role as soon as it entered the race. That she does not raise serious questions about her judgment and the judgment of others.

Look no further than Jane Timken’s immediate action when she resigns as chairman of the Ohio Republican Party before announcing her offer for the Senate seat. Rob Portman goes on vacation to see why this conflict is a breeze. Timken understood that there was a clear conflict of interest in assuming the top party role in the state while being a candidate for the party’s Senate.

Rather than stepping down, Brown has vigorously amassed support and support from individuals within the party apparatus – which gives her an added edge every day if she remains in the party position.

Former state Senator Shirley Smith, another Democratic candidate for Fudge’s seat, called on Brown for this political skulduggery and wrote to Ohio Democratic Party leader Elizabeth Walters in late January calling for the party’s intervention. On February 8, Smith sent a letter to the Cuyahoga County Democratic Party Executive Committee and others asking for recognition of the conflict and asking Brown to resign.

Perhaps the Democratic Party loyalists who favor Brown (and disapprove of Turner because of their openness and progressive policies) think that the best way to defeat Turner is to stand behind Brown in this unfair, uncompetitive, and inappropriative way. You’re wrong.

In despising what is right and right to act as the leader of the local party when it runs counter to their own progress, Brown has given Turner yet another campaign issue – and undermining the local party’s integrity for those who, too Play fairness is important.

It is not too late to correct this. Shontel Brown should resign immediately as chairman of the Cuyahoga County Democratic Party and start the process of collecting local endorsements from scratch – this time as a candidate, not as the party’s powerful local chairman.

About our editorials: The editorials express the opinion of the editorial staff of cleveland.com and The Plain Dealer – senior management and the editorial office. As is traditional, editorials are unsigned and should be viewed as the voice of the news organization.

* Send a letter to the editor that will be considered for print publication.

* Email general questions about our editorial team or comments or corrections to this editorial to Elizabeth Sullivan, Opinion Director, at [email protected]

We’ll Miss These 19 Cincinnati Restaurants That Closed in 2019