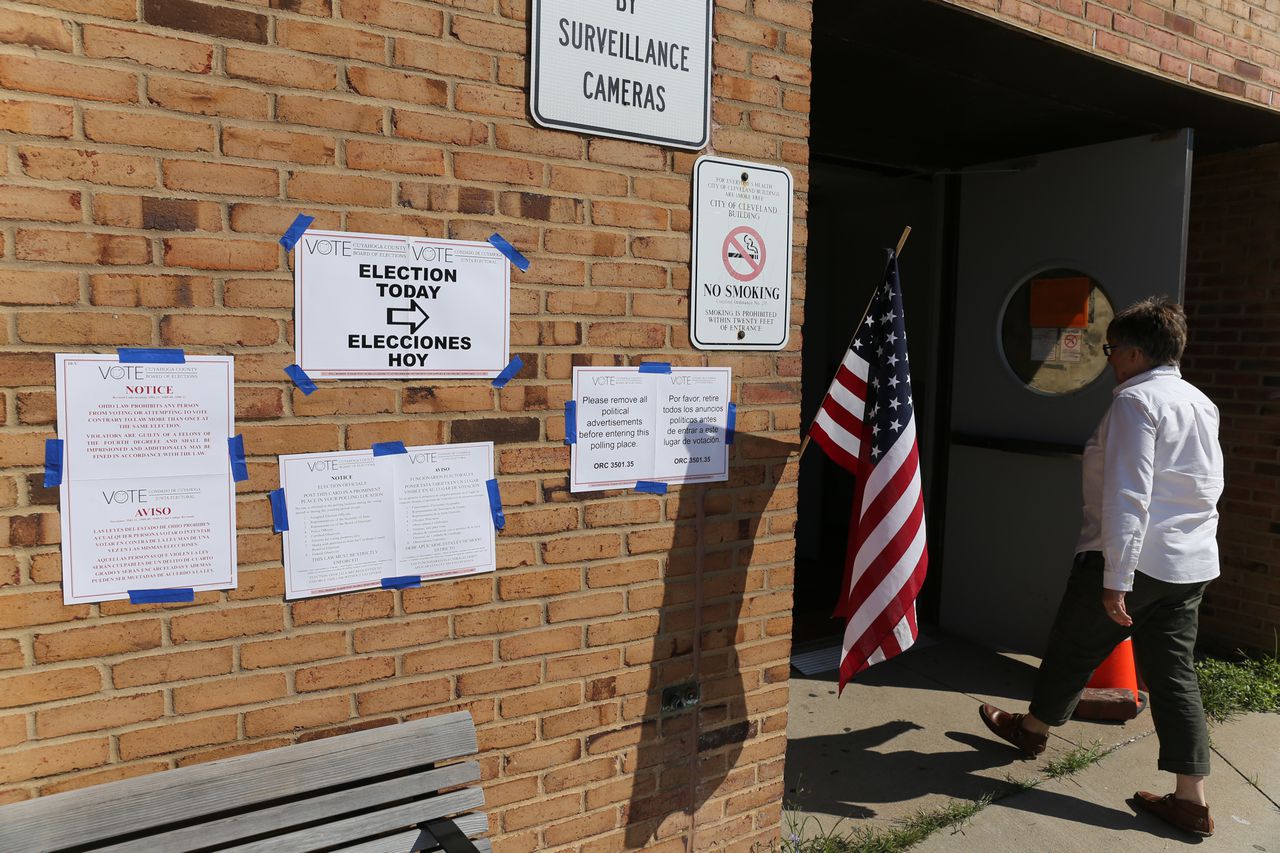 Brown’s town: Cuyahoga County councilor Shontel Brown prevailed against former Senator Nina Turner in Tuesday’s Democratic primary to replace former MP Marcia Fudge for the 11th. As Seth Richardson writes, Brown had all night about a somewhat surprising lead in a race that has been nationalized more and more over time.

Carey on: Mike Carey, a coal lobbyist backed by former President Donald Trump, emerged from the pack of Republicans who would like to succeed former member Steve Stivers of the Columbus area in the 15th Congressional District, Associated Press reports. The race had been closely watched as a test of Trump’s strength. As Jeremy Pelzer wrote on Tuesday, before the election results were released, money played an outsized role in determining the winner of the overcrowded GOP primary.

From George: John Caniglia has learned more about how George has long been a recipient of FirstEnergy’s generosity, benefiting from billboard contracts, real estate leases and donations to a nonprofit in honor of one of his children, the PUCO audit shows.

File retention: The FBI has cited files from the PUCO to obtain information on Randazzo, writes Andrew Tobias. The subpoenas, issued in May and June and released Tuesday, relate to Randazzo’s schedule and his written communications to other government officials about House Bill 6 and a host of other legislative and regulatory changes benefiting FirstEnergy and its former subsidiary, Energy Harbor . The PUCO says it flipped the plates.

Another FirstEnergy reimbursement debate: A FirstEnergy attorney on Tuesday asked the PUCO for a 90-day delay on a case over whether the company should issue reimbursements after state lawmakers repealed part of House Bill 6 , which changed the state’s “significantly inflated earnings test” in a way that helped the company. Gongwer News Service (subscription required) reports that FirstEnergy needs more time to negotiate settlement, especially given the recent admission that it bribed Randazzo and Householder.

In the hospital: The Ohio Hospital Association recommends that all of its 245 medical centers and 15 hospital systems across the state adopt guidelines requiring all employees to be vaccinated against the coronavirus. Laura Hancock reports that the recommendation will come if the Delta variant catches on in the state.

Case files: Ohio recorded 1,769 new coronavirus cases on Tuesday, a level not seen since late April. Hancock reports that it is not known how many of the new cases occur in unvaccinated Ohioans.

For the children: In the midst of the confusion about why the federal government has swapped positions and now wants vaccinated people to wear masks indoors again, Evan MacDonald explains that the highly contagious Delta variant will prevent young children and others from being vaccinated need to be protected. Masks are recommended in areas with high infection and test positive rates.

Maximum security: The Ohio Supreme Court now requires employees and visitors to the Thomas J. Moyer Judicial Center in Columbus, regardless of vaccine status, to wear masks – according to the latest guidelines of the federal government.

What do we get out of it? US Senator Rob Portman says the infrastructure bill, which he co-negotiated and which the Senate is considering, would raise big bucks to repair Ohio’s crumbling roads, bridges, ports and airports. Sabrina Eaton has details.

Family feud: Portman is with Pennsylvania GOP Sen. Patrick J. Toomey at odds with a provision in the bill that would increase tax reporting requirements for cryptocurrency transactions, the Washington Post reports. Toomey says that the measure to settle the infrastructure bill is too broad and could give the Biden administration the ability to take action not only against cryptocurrency brokers, but also against Bitcoin “miners”, who are crucial for validating transactions in the decentralized network .

Cyber ​​Uncertainty: A report released Tuesday by Portman and Michigan US Senator Gary Peters concluded that the computer systems of seven federal agencies do not meet the basic cybersecurity standards needed to protect sensitive information and are still flawed that they have had for years despite being told repeatedly what to do to improve, reports Eaton.

The conspiracy is intensifying: The number of domestic terrorist attacks and conspiracies in the US last year reached its highest level since 1994, writes Eaton, although the death toll was at its lowest level since 2013 Portman’s top Republican belonged to Eric Fingerhut, a former Northeast Ohio congressman who heads the Jewish Federations of North America.

Poll Position: The Club for Growth, the Conservative advocacy group, has released a poll showing that its backed candidate, former state treasurer Josh Mandel, still tops the field of Republican Senate primary candidate. In the poll of 515 Prime Republican voters from July 27-29, 40% said they would vote for Almond, while 12% named author / investor JD Vance and 8% named former Ohio Republican Party leader Jane Timken. The rest of the candidates were essentially 3% or less. The poll shows that Mandel is by far the best known, although voters have become more familiar with the rest of the candidates compared to the group’s last poll in February.

Georgia in the mind of Yost: Ohio Attorney General Dave Yost, along with his counterparts in 15 other states, filed a legal letter Tuesday asking a state court in Georgia to bring a lawsuit by the Biden administration against the new electoral laws State. The letter presents the new laws in a way that prevents fraud and promotes uniformity, and seeks to refute arguments that compare the reforms to the “Jim Crow” era laws against minority voting rights.

Best Seller: This weekend, Ohioans back to school shopping for school will avoid paying 5.75% sales tax to the state for purchases made between 12:00 p.m. Friday and 11:59 p.m. Sunday. Brenda Cain has details on which items are VAT exempt.

Five groups campaigning for House Bill 225, which would provide refundable income tax credits to volunteer firefighters, police officers and paramedics. The bill is on a House Committee.

“Voters believe they can vote their politicians. Politicians shouldn’t vote their constituents, and that is at the heart of this new redistribution process. “