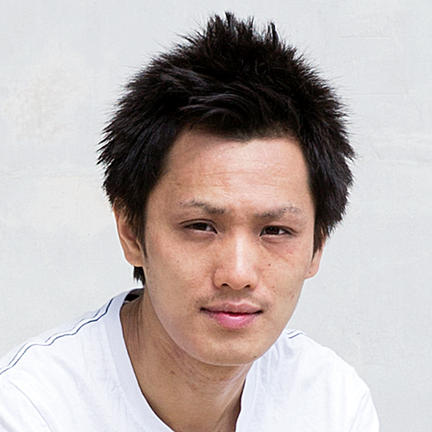 Never underestimate the power of an inspiring science teacher – just ask Vanessa Kellermann, lucky enough to be tutored by two of them at her Melbourne high school, and encourage her to graduate with a science degree. Now, after two years in Denmark, the evolutionary biologist is back in Melbourne at Monash University to study how climate change affects insects.

Rather than examining the long-term genetic changes a species might use to adapt to a warming climate, Kellermann examines “phenotypic plasticity,” or the rapid change in an animal’s life, to see how different species deal with everyday temperature spikes and dips.

“Leave a fly in a warm water bath and it can withstand hotter temperatures the next day,” she says, adding that epigenetics – factors that turn genes on and off – are likely to be responsible.

But not all types are equally flexible. Kellermann tests the theory that tropical insects cannot handle temperature swings as well as their temperate counterparts – they prefer to move en masse to a more hospitable area. By discovering what affects species distribution in a warming world, her work will help reveal how pollinators and disease-carrying pests behave.

Snake catcher, bass guitarist, Arnhem Land tour guide – Will Feeney’s résumé has some eclectic early entries. But Feeney has now chosen science and is starting to take his step as a field biologist.

“I’m interested in seeing what wild animals do,” says Feeney, “and then asks why they do it.” After a stay at Cambridge University, he is back in his native Queensland.

One of his most recent studies was on African cuckoo finches in Zambia. Like all cuckoos, they lay their eggs in other birds’ nests and let the others raise their young. In this case, the unfortunate parents are little songbirds called Prinias. Although they do their best to drive the cuckoo finches away from their nests, the cuckoos have developed ingenious methods of sneaking in.

For example, while searching old specimens, Feeney noticed that the cuckoo finch had evolved to resemble innocent weaver birds. But Prinien was not long fooled. You are now aggressive towards any weaver who looks alike.

Feeney writes about his research for magazines and science news websites. “Doing science is like making music,” he says. “It’s important to do well, but it’s also important that other people get a chance to appreciate it.”

Phong Nguyen had a life of the first. The first generation Australian was the first in his family to attend university. There he was part of a team that was the first to discover a mechanism by which an embryo begins to form its first blood cells. And now, in the first year after completing his PhD, this work has earned him a share of the 2015 Eureka Prize for Scientific Research.

Born in Melbourne to Vietnamese parents, Nguyen has always loved reading and science. While doing his PhD at the Australian Regenerative Medicine Institute at Monash University, he studied mutated zebrafish. He and his colleagues noticed a type that had several times the normal population of “blood stem cells” – the reservoir from which animals make new blood cells during their lifetime.

From the mutated fish, Nguyen and colleagues identified a gene that is responsible for the formation of “helper cells” in the embryo. Using an unknown mechanism, they bind to developing stem cells and turn them into blood stem cells. Understanding the process could have a huge impact on leukemia and other blood diseases.

“Imagine if you could cultivate a patient’s stem cells … grow them into blood stem cells and then put them back into their bodies,” he says. “Cure for Leukemia” could one day even be included in his list of the first.