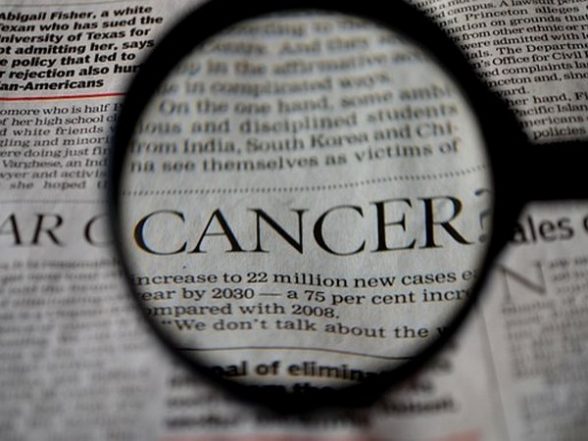 Washington [US]Oct. 25 (ANI): Two new studies have shown that immunotherapy could benefit people with leptomeningeal carcinomatosis (LMD), a rare but serious complication of cancer that has spread to the brain and / or spinal cord.

The research was led by investigators from Massachusetts General Hospital (MGH), the Dana-Farber Cancer Institute, and the Broad Institute. The results appear in the journal Nature Communications.

Also read | The use of the word ‘Kufr’ by Bazid Khan during an interview with Babar Azam during the post-game presentation between India and Pakistan is causing an uproar on Twitter.

Although advances in cancer treatment have increased patient survival, some cancers recur, often in different parts of the body. This may partly help explain the recent surge in the incidence of LMD – when tumor cells infiltrate the leptomeninges (layers of tissue that cover the brain and spinal cord) and cerebrospinal fluid.

Approximately 5-8 percent of all cancer patients develop LMD after being first diagnosed with breast cancer, lung cancer, melanoma, or other malignant diseases. Patients with LMD rarely benefit from current treatment options and there is an urgent need for new therapies.

Immune checkpoint inhibitors are important drugs that enhance the immune system’s response against various types of cancer, but their effect against LMD is unclear. To investigate this, the researchers conducted two phase II clinical trials.

When they collected and analyzed immune cells and cancer cells from the CSF of patients both before and after treatment with immune checkpoint inhibitors in the studies, the scientists found evidence of an effect of the therapy. For example, the number of certain cancer-killing immune cells and the expression of certain genes within the cells were higher after treatment.

The second article in Nature Communications presents the results of one of the Phase II studies that enrolled 18 patients with LMD who received ipilimumab and nivolumab (two types of immune checkpoint inhibitors) combined until the cancer progressed or the patient had one exhibited unacceptable toxicity.

The primary endpoint was overall survival at 3 months, and 8 of the 18 patients were still alive at this point. (Historically, median patients survive 3-7 weeks after being diagnosed with LMD.) One-third of patients experienced one or more serious side effects. Two patients discontinued treatment because of unacceptable toxicity. The most common adverse events include fatigue, nausea, fever, anorexia, and rash.

The authors noted that larger, multicenter clinical trials are needed to validate their results.

“In these two published studies, we have shown – in patients through a clinical study and microscopically in the laboratory – that the immune checkpoint blockade has promising effects in patients with LMD. More data is needed, but this is an exciting first step to show “that immune checkpoint block could play a role in treating this devastating disease,” said co-author Priscilla K. Brastianos, MD, Director of the Central Nervous System Metastasis Center at MGH and Associate Professor of Medicine at Harvard Medical School. (ANI)