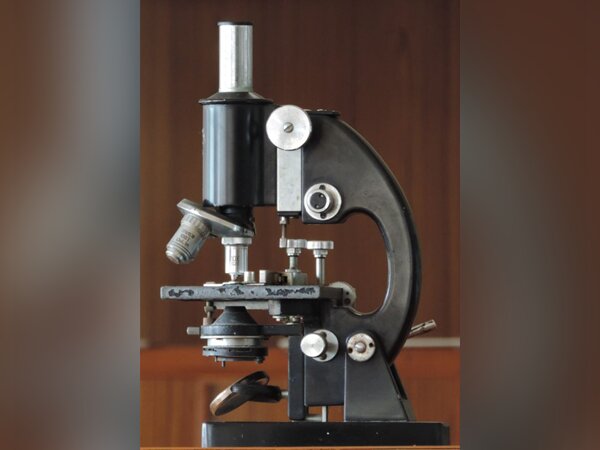 Washington [US], July 3rd (ANI): For a new study, scientists from UT (University of Texas) Southwestern worked with colleagues in England and Australia to convert commonly used microscopes into multi-angle projection imaging systems to build a novel optical device and to test.

The invention, described in an article in the journal Nature Methods, could open new avenues in advanced microscopy, the researchers say.

“It is a completely new technology, although the theoretical basis for it can be found in the old computer science literature,” says the corresponding author Reto Fiolka, PhD. Both he and co-author Kevin Dean, PhD, are Assistant Professors in Cell Biology and in the Lyda Hill Department of Bioinformatics at UT Southwestern.

“It’s like hand-holding, rotating, and inspecting the biological sample, which is an incredibly intuitive way to interact with a sample. By quickly mapping the sample from two different perspectives, we can interactively visualize the sample in virtual reality in no time, “said Dean, director of the UTSW Microscopy Innovation Laboratory, which works with researchers across campus to develop bespoke instruments taking advantage of advances in light microscopy.

The acquisition of 3D image information from a microscope currently requires a data-intensive process in which hundreds of 2D images of the sample are combined into a so-called image stack. To visualize the data, the image stack is then loaded into graphics software, which performs calculations to create two-dimensional projections from different perspectives on a computer screen, the researchers explain.

“These two steps are time-consuming and may require a very powerful and expensive computer to interact with the data,” said Fiolka.

The team realized that they could use optical means to create projections from multiple angles without having to capture stacks of images and render them with a computer. This is achieved by a simple and inexpensive unit consisting of two rotating mirrors that are used in front of the camera of the microscope system.

“As a result, we can do all of this in real time with no noticeable delay. Surprisingly, we can view our samples ‘live’ from different angles without rotating the samples or the microscope, ”said Fiolka. “We believe that this invention can represent a new paradigm for the acquisition of 3D information via the fluorescence microscope.”

It also promises to be incredibly fast imaging. While a whole batch of 3D images can require hundreds of camera images, the new method only requires one camera exposure.

First, the researchers developed the system using two common light sheet microscopes that require a post-processing step to understand the data. This step is known as de-skewing and it basically means rearranging the individual images to remove some distortion from the 3D image stack. Originally, the scientists wanted to perform this equalization optically.

While experimenting with the optical rectification method, they found that the projected image appeared to rotate if they used an incorrect amount of “rectification”.

“That was the aha! Moment. We realized that this could be more than just an optical equalization method; that the system could work for other types of microscopes, ”said Fiolka.

“This study confirms that the concept is more general,” said Dean. “We have now applied it to a variety of microscopes, including confocal light sheet and spinning disk microscopy.”

Using the new microscope method, they displayed calcium ions in a culture dish, which transport signals between nerve cells, and observed the vascular system of a zebrafish embryo. They also quickly pictured moving cancer cells and a beating zebrafish heart. (ANI)