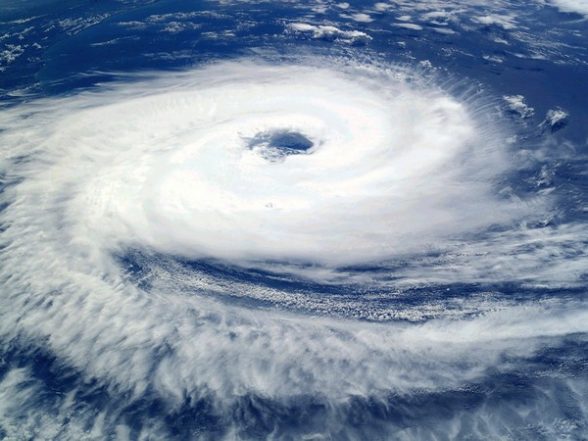 Berlin [Germany], October 3 (ANI): A new study by the Potsdam Institute for Climate Impact Research has shown that increasing global warming from currently one to two degrees Celsius could mean that around 25 percent more people are at risk from tropical cyclones by the middle of the century will .

Hurricanes and typhoons are currently among the most devastating natural disasters in the world, potentially threatening around 150 million people each year. In addition to climate change, population growth continues to drive exposure to tropical cyclones, particularly in the coastal areas of East African countries and the United States.

“If we add the population growth to global warming of two degrees Celsius, we could even see an increase of around 40 percent more people exposed to cyclones in 2050,” says Tobias Geiger, researcher at the Potsdam Institute for Climate Impact Research ( PIK.). ) and the German Weather Service (DWD), first author of the new study published in Nature Climate Change.

“With the world’s population expected to peak by the middle of the century, more people will face more powerful cyclones due to climate change – putting these larger populations at greater risk,” he added.

The global ambition is to limit the warming to well below two degrees, but in comparison to unchecked climate change even reaching two degrees Celsius could lead to a completely different result 50 years later than an interdisciplinary team of scientists from Germany, Switzerland and the USA determined in a computer-aided analysis: By 2100, population models predict a casual, regularly decreasing population in cyclone-prone areas on a global level.

This would partially compensate for the additional burden of warming, as Geiger emphasized: “If we reduce greenhouse gas emissions quickly and only reach two degrees Celsius of global warming in 2100, this would limit the increase in the number of people at risk from hurricanes to 20 percent.” This finding is critical as it shows that reducing global warming may postpone severe tropical cyclone impacts to the late second half of the century, if far fewer people were at risk. “

In the study, the scientists analyzed the combined effects of demographics and climate change on people exposed to tropical cyclones – and found that timing of reaching certain levels of warming is crucial.

The results at the country level are even clearer, explained Johannes Gutschow: “Our model shows with unprecedented level of detail that in 2050 an increase in exposure is forecast in all countries with a high risk of tropical cyclones East African countries, up to 100 percent in the United States and also a sharp increase for the Arabian Peninsula. For the United States, this will most likely lead to further cyclone damage, while other heavily affected regions of the world could also face more poverty and forced migration. “

In less rapid warming scenarios, this picture changes: Delaying warming by two degrees to 2080 or 2100 – in line with a projected population decline – would reduce the exposed population in the Caribbean and East Asia, particularly Japan, China, and the Korean peninsula compared to a scenario in which global warming of two degrees would occur as early as 2050.

Johannes Gutschow added: “Basically, our computer model can calculate the impact of any given global and country warming scenario and its impact on the number of people at risk from tropical cyclones. Our results most likely also apply to a multitude of other climate extremes, the occurrence of which depends only on the absolute warming and not on the timing. “

This can also serve for decisions of the UN world climate summit COP26, which will be an opportunity to reconsider the insufficient nationally determined contributions (NDCs) under the Paris Agreement: “The current NDCs scenario would lead to a warming of about two degrees the middle of the century and then a continuous rise in warming, “says Katja Frieler, co-head of the research department on transformation pathways at PIK.

He added, “Consistent with the NDCs, the number of people at risk from cyclones would continue to increase over the century, for example in the hurricane-prone regions of the US.”

Frieler emphasizes: “Emission reductions that would limit global warming to 1.5 degrees Celsius could, cumulatively, protect over 1.8 billion people from exposure to tropical cyclones by the end of this century, compared to the warming under the currently proposed emission reductions .

Therefore, according to researchers, it is time to reduce greenhouse gas emissions quickly to protect as many people as possible. (ANI)