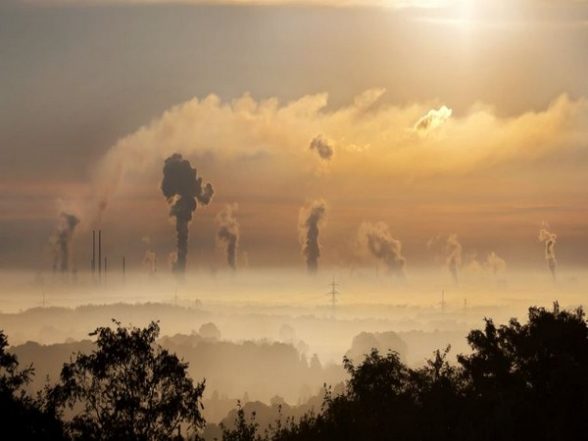 London [UK]Oct 11 (ANI): New research has shown that the full extent of the effects of smoke from seasonal fires in Central Africa, and in particular the potential warming from absorption by the black carbon component of the aerosol, is underestimated by some climate models over the south-east Atlantic.

The results of the study were published in the journal “Science Advances”.

Also read | Google Pixel Fold, Pixel Watch, and new Nest speakers are likely to debut along with the Pixel 6 series.

Underestimates include some of the CMIP6 climate models that serve as the basis for the decisions to limit global warming to 1.5 ° C in the 2018 Paris Agreement.

A groundbreaking new study led by Dr. Marc Mallet of MeteoFrance in Toulouse, which uses satellite and ground-based remote sensing data backed by aircraft measurements, has identified flaws in climate modeling in capturing the true climate impact of aerosols that burn biomass that are transported over the south-east Atlantic.

Also read | Cardi B Birthday: Not much, just the rapper throwing some big style bombs at us (view pictures).

Professor Jim Haywood of the University of Exeter led the UK’s engagement in the field in support of the measurement campaign and was a key partner in the Dr. Mallet-led modeling study.

Soot aerosols are microscopic particles that float in the atmosphere. They are created by artificial and natural fires and absorb a significant amount of sunlight.

Soot’s ability to absorb sunlight means that it can play a critical role in warming the atmosphere and play a significant role in the effects of climate change on a regional and continental scale.

It found that aerosols that burn biomass lead to an increase in the amount of sunlight absorbed over the south-east Atlantic, which would likely warm the climate system as a whole, while many models suggested the opposite – an erroneous cooling effect.

The research represents the culmination of several years of international efforts to study smoke aerosols over the Southeast Atlantic from seasonal fires over Africa with satellite, surface and in situ sampling.

These efforts included the operation of the heavily equipped UK research aircraft FAAM in August and September 2017 when the aircraft was stationed on Ascension Island in the middle of the Atlantic, as well as the US-led ORACLES and LASIC programs and the France-led AEROCLO-Sa project.

Professor Jim Haywood, who led the division to Ascension Island and is Professor of Atmospheric Science at the University of Exeter and Research Fellow at the Met Office Hadley Center, said, “The results of the study are pretty conclusive. Despite decades of research, the climatic effects of aerosols are still insufficiently modeled by our climate models, which leads to considerable uncertainties in future climate projections.

Dr. Ben Johnson of the Hadley Center added, “Black carbon aerosol warming also has unique effects on clouds and regional precipitation patterns, making it an important process to understand and track climate simulations. The Met Office and the University of Exeter are working with other academic partners in the UK and the wider international community to work intensively on these issues to better understand the role of aerosols in past and future climate change. “(ANI)