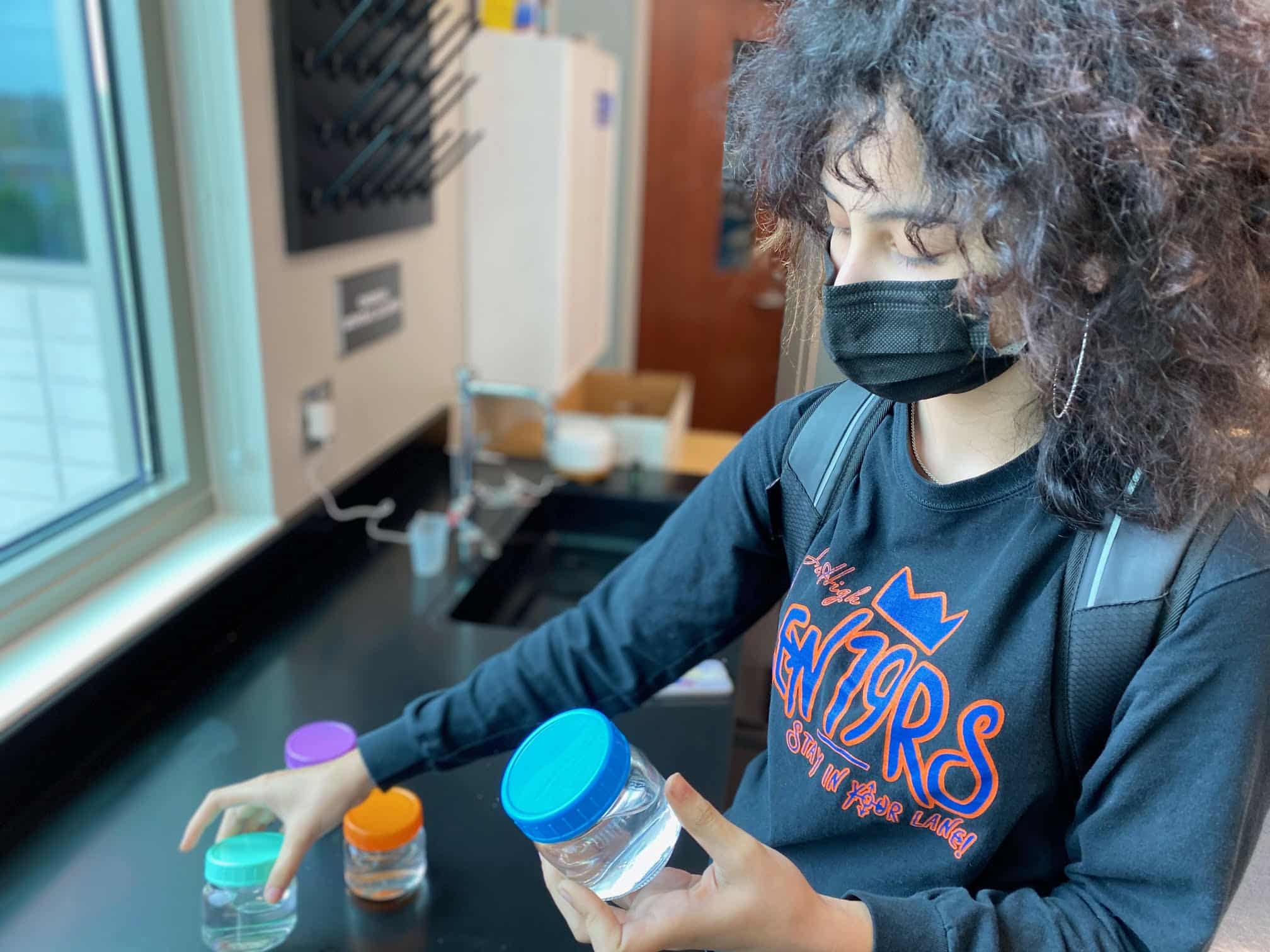 Sci High student Delia Pirtle’s work on the effects of sunscreen on freshwater hydra earned her a top spot at the Louisiana Science and Engineering Fair.

The public STEM-oriented school called Sci High moved to a new campus on Bienville St. 2011 in the Tulane-Gravier area near the biomedical corridor this year.

First place in biochemistry went to Delia Pirtle for “Which sun protection and sun protection factor has the greatest influence on freshwater hydra?”. According to the National Oceanic and Atmospheric Administration, chemicals commonly used in sunscreens threaten corals and other marine life. Hydra are small freshwater relatives of corals, sea anemones, and jellyfish.

Second prize for sustainable materials and design went to Sci High students Otis Taylor and Chelsy Gonzalez for their study “Bringing Insulation to the 21st Century”.

Fourth place for Computational Biology went to Staicy Triminio-Ferrera for the “twin birth in the USA”. The second place winners are Staicy Triminio-Ferrera and Bryson White.

Eviyan Butler received a third prize in Computational Biology, Bioinformatics and Biomedical Engineering for “COVID-19 and Unclean Air: Is It Dangerous for Asthma People?”

Fourth place winners include Kawaynea Washington in Behavioral and Social Sciences for “The Impact of Whitewash / Diversity in Film”; Cullun Mitchell, Engineering Mechanic for “Fascinating Entertainment”; Amaya Jacques in Biomedicine, Health and Translational Medicine for “Can the PTC Test Predict Symptoms of COVID-19?”; Selina Langley, Animal Science for “COVID-19 Pet Adoption”; and Samaria Smothers, Computational Biology, Bioinformatics and Biomedical Engineering for “Comparing the Global Impact of a Pandemic on Unemployment and CO2 Emissions”.

Sci High students also came in with some special awards from the city’s science fair.

Samaria Smothers, a fourth city competition winner for her work on the global impact of the COVID-19 pandemic, won two prestigious awards.

The Tulane Science Scholars Program awarded Smothers a $ 1,700 certificate and full scholarship to the summer program for aspiring juniors or seniors who have demonstrated exceptional talent in science, engineering, and math. The award is given for an exceptional project in a field of science or technology.

The Air Force Award is given to projects that best incorporate the study of mathematics, science and engineering and, where possible, recognize projects that offer the applicability of the Air Force. MS Benbow & Associates will donate US $ 100 to the winners for outstanding investigative projects in the senior electrical engineering division.

Gonzalez also won the $ 1,000 Entergy’s Powering the Future Scholarship, awarded to a high school senior with an outstanding, promising project upon submitting a letter of admission to a college or university.

First place winner Delia Pirtle was recognized by the Emmy Noether Awards with the budding researcher scholarship. This $ 2,500 scholarship is awarded to a high school woman who shows passion and promise for scientific research.