Sara Watkins sings for the youngsters on “Underneath the Pepper Tree” 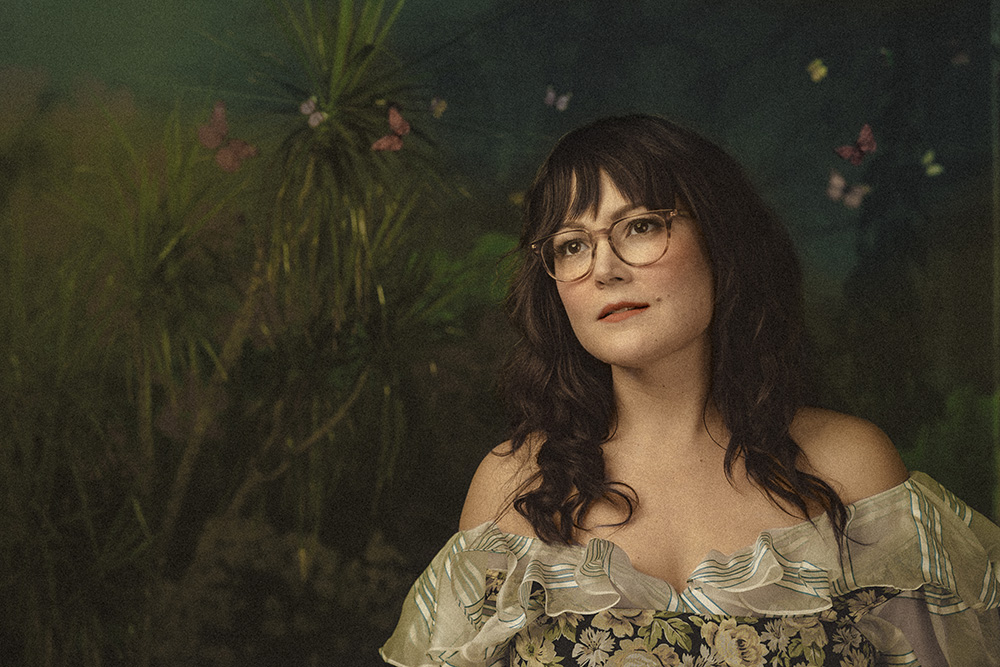 Sara Watkins has always been a performer who is very willing to share the limelight. In her early years at Nickel Creek, her violin virtuosity often took a backseat to Chris Thiles’ mandolin and her brother Sean’s guitar. The Watkins Family Hour, both live and recorded, finds her and Sean along with a slew of fellow musicians jamming on a variety of materials. In Watkins’ previous solo albums, she has now explored many folk, country and pop sounds, but brought her voice to the fore.

It wasn’t until the 2010s that she really began to assert herself as a singer and songwriter. There are moments on Nickel Creek’s 2014 album A Dotted Line where she emphatically takes the lead, and in her newer group I’m With Her she always feels like a full partner and contributor. So it was interesting to visit Under the Pepper Tree, their first solo recording in five years, with this assertiveness in mind. And then to discover that this is a cover album, mostly intended as lullabies for young children.

So yeah, with Under the Pepper Tree, the calm Watkins makes her full return. But their vocal chops are fully on show despite the muffled nature of the record. The musical arrangements here tend to be sparse, often with just one or two instruments to support the vocals. It focuses entirely on the melodies here and their performance. These songs are usually short too, with only three of the 15 tracks being longer than three minutes.

It starts with a large swing and takes over “Pure Imagination” from Willy Wonka and the chocolate factory. Tremolo violin, rolling piano, and twinkling bells create the basic feel of the song as Watkins sings with confidence. It’s a strong performance, and interestingly enough, it slips it straight from Disney’s Peter Pan into “Second Star From the Right.” Watkins transforms the song into a folk ballad with a soft acoustic guitar, leaving the stacked vocal harmonies of the 1950s behind. The rest of the first half of the album continues in that sense, seamlessly switching from one song to the next. After a break for vinyl listeners, the back half of the record works the same way.

Guest stars are kept to a minimum here, but both Watkins bands show up for one track apiece. Sean Watkins and Chris Thile add harmonies, guitar and mandolin for “Blue Shadows on the Trail” by Roy Rogers in the late 1940s and recall the band’s teenage years with cowboy songs. I’m with her Sarah Jarosz and Aoife O’Donovan are here for another classic cowboy song, “Tumbling Tumbleweeds,” which adds beautiful harmonies as well as slightly more robust instruments. Watkins’ little daughter can be seen on Edelweiss and plays along here and there, and it’s pretty adorable.

The album’s balance is quick and easy to hear, and it’s very comforting. I’m not sure anyone needs another version of “If You Want A Star”, but if so, Watkins has an attitude here. She is a little more successful with a little less known songs. “La La Lu,” a literal lullaby from Disney’s Lady and the Tramp, is played enthusiastically and vividly. Her version of Harry Nilsson’s “Blanket for a Sail” is possibly the liveliest song on the album. It has snappy violin accents, fun harmonies from Dawes’ Taylor Goldsmith, and the only appearance of drums on the record.

The album also contains a couple of originals. The title track “Under the Pepper Tree” is a 70-second solo violin instrumental with a bluish feel. “Night Singing” is a beautiful acoustic guitar song with a plaintive vocal melody that feels like a warm blanket. The record ends with another lullaby, The Beatles’ “Good Night”, originally written by John Lennon for his son Julian. Watkins replaces the orchestral accompaniment of the original with reserved piano playing. She even whispers “Goodnight everyone” during the outro of the song. Hopefully all of the kids who listen to the album before bed will actually fall asleep. It’s certainly a pleasant way to end the set.

Ultimately, Under the Pepper Tree succeeds in presenting relaxed, child-friendly songs. Anyone looking for a very relaxed folk song style experience will find plenty to like. Adults who grew up watching mid-century Disney movies will find plenty of nostalgic, half-remembered songs here that tickle their brains. For parents with very young children, maybe five and younger, this album could be a winner. Older children are likely to age out of this music. So the appeal of this album seems to be limited. It’s the kind of project that seems to have sprung up out of that particular moment where a touring musician unexpectedly spends inordinate amount of time at home due to the pandemic and decides to do something that is geared towards that experience. For most Watkins fans, Under the Pepper Tree will likely be more of a curiosity than a regular shot.