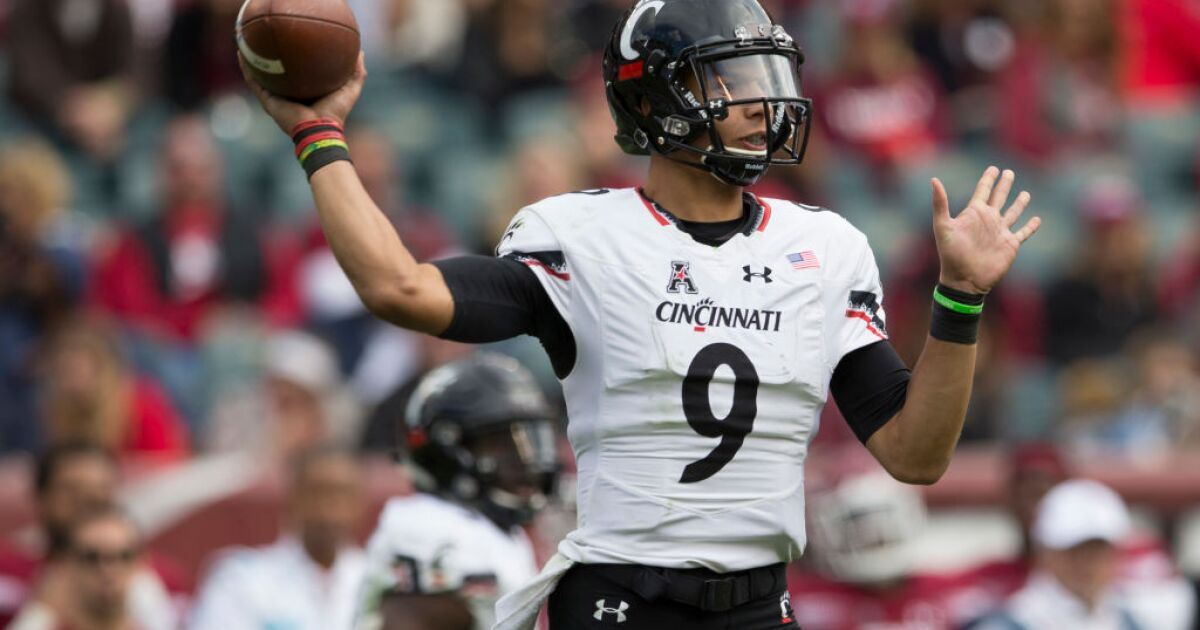 The Bearcats (3-1) dominated their last non-conference vote prior to the start of the American Athletic Conference game.

Marshall (2-2) was limited to a 256-yard attack, half of which came in the fourth quarter.

Ridder had TD throws of 13 yards at Rashad Medaris and 17 yards at Alec Pierce in the first quarter and 13 yards at Josiah Deguara in the second quarter.

Just before half-time, Ridder was fumbling when he was hit by Marshall linebacker Tavante Beckett while attempting a pass. Deguara picked up the loose ball at Marshall 2 and introduced it 28-0 at halftime.

Ridder, a sophomore student, added a 4-yard TD pass to Bruno Labelle in the third quarter. Ridder completed 18 of 22 passes for 221 yards before being replaced by freshman Ben Bryant in the middle of the third run.

Cincinnati: Ridder, whose four TD throws matched his total from the previous three games, looked serene in his pocket and it helped that his receivers were often wide open. It was the first game of the season that Ridder didn’t intercept. He also rushed for 48 meters nine times. Pierce had season highs of six catches for 108 yards.

Marshall: The Thunder Herd had averaged 32 points in their first three games but didn’t show a big fight on Saturday. Second year Marshall Isaiah Green missed some of his goals and Marshall struggled to play the ball until the outcome was decided. Green finished 11 of 29 for 131 yards.

Marshall: Will travel to Middle Tennessee next Saturday for the start of the Conference USA.

The football rivalry between Pittsburgh and Cincinnati never stood a chance