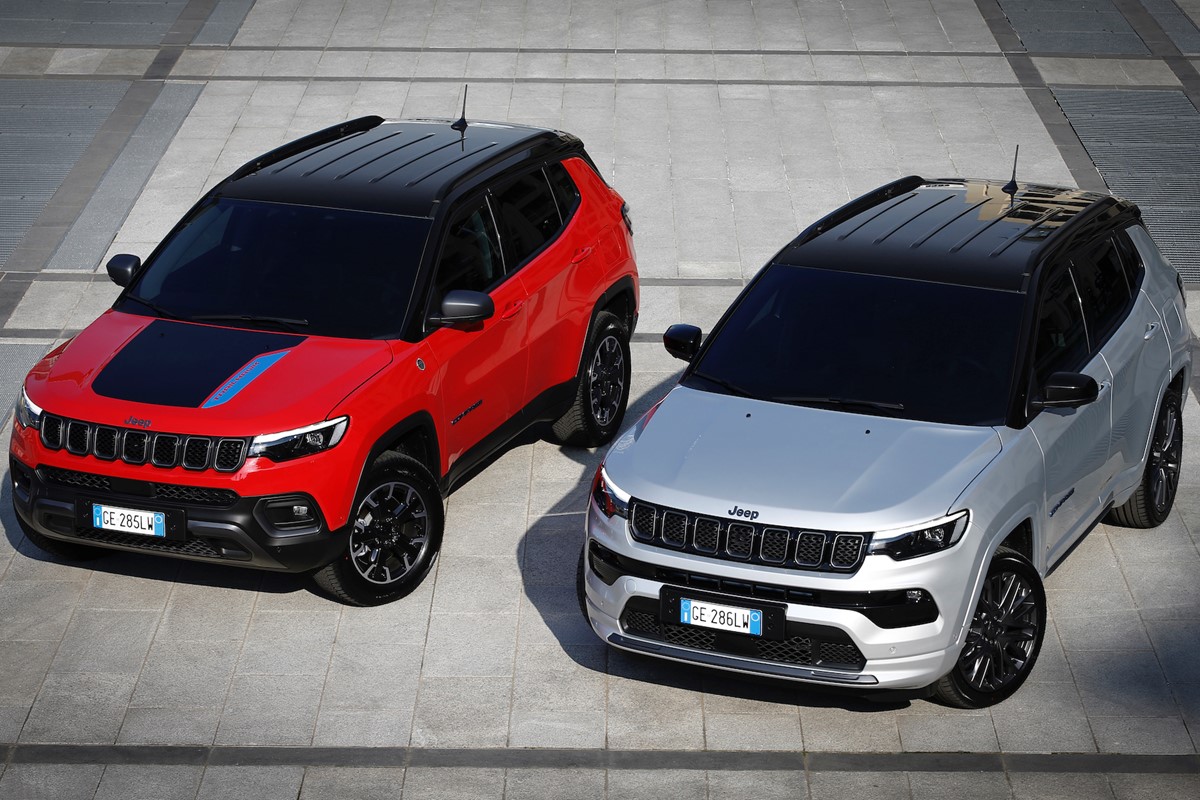 Jeep has unveiled the updated version of its Compass SUV, which gets a bolder design and a slew of new technologies – much of which will be first for the company.

The Compass, which competes with the Nissan Qashqai and the Skoda Karoq, has been available in its current form since 2017 and now accounts for 40 percent of Jeep sales in Europe.

As the first new model released under the Stellantis umbrella since the fall of the American 4×4 company, there are new LED headlights, a more eye-catching radiator grille and, depending on the equipment variant, new “themes” on the most important radiator grille, fog lamp surrounds and alloy wheels, among others. In the interior, Jeep has introduced more soft-touch materials to improve the driving experience of the cabin. According to the company, this is more premium than before. Now there’s also more storage space in the interior, while a new 10.25-inch digital instrument cluster helps give the cabin a more modern feel.

In addition to the technology, there is also a new Android-based infotainment system “Uconnect 5” which, thanks to integrated 4G, introduces wireless mirroring of Apple CarPlay and Android Auto smartphones as well as extended connection functions. Amazon Alexa is also integrated, and a larger 10.1-inch touchscreen is now available on top of the range Compass models in addition to a standard 8.4-inch system.

The updated compass is also the first Jeep in Europe to come with level 2 autonomous driving features, including new features like traffic sign recognition and motorway assist, including adaptive cruise control and lane centering. A 360-degree camera system is also available as an option. A choice of 1.3 liter gasoline and 1.6 liter diesel engines is also available. Jeep promises an increase in efficiency and performance. The company is also expected to roll out a 4xe plug-in hybrid – something already available on Compass elsewhere in Europe. This combines a 1.3-liter gasoline engine with an electric motor and a battery. It develops up to 237 hp in its most powerful form and, thanks to an improved all-wheel drive, is the most powerful off-roader in the series.

A choice of five trim levels is expected to be offered. Sport, Longitude, Limited, S and Trailhawk. Expect a slight increase in price from the current model’s starting price of £ 27,125 when the models hit showrooms later in the year.

Inquire about a new jeep compass