Review of the Kentucky Debate on WKYT 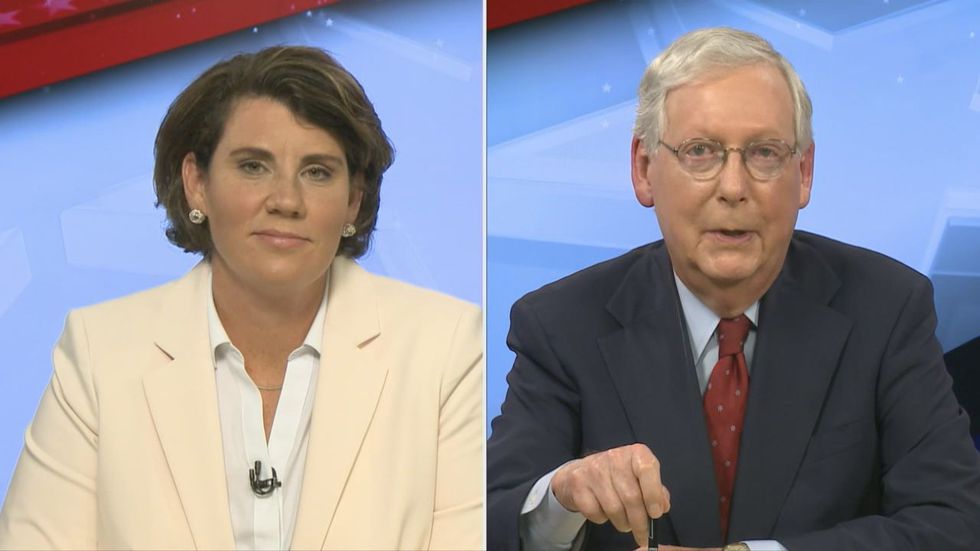 Senator Mitch McConnell and retired Lt. Col. Amy McGrath faced each other in their first and probably only debate on Monday night about WKYT.

Nothing else is planned for the next three weeks before the election.

Monday night, McConnell and McGrath spent an hour discussing their many differences.

The coronavirus and the response to it was a big topic. McGrath said she would give the White House an “F” for her reaction. Her criticism of McConnell resulted in a clip viewed a hundred thousand times online:

“The House passed a bill in May. The Senate was on vacation. You just don’t do that. You are negotiating, Senator, it is a national crisis. They knew the coronavirus wasn’t going to end in late July, ”said McGrath.

McConnell responded by talking about the CARES Act that Kentucky companies could use.

“What I did was hold a nearly $ 3 trillion coronavirus relief bill through the Senate that gave Kentucky $ 13 billion and over $ 1 billion to hospitals and health care providers,” said McConnell.

They also talked about racial injustice and police violence.

“I think we should have a national database of police officers,” said McGrath. “In other words, when you get fired from one police station, you can’t go to another without people knowing your file.”

“I put the judicial bill on the ground, most of which was drafted by Tim Scott, my South Carolina colleague, an African American who has additional suspicions that African Americans are a frequent occurrence,” McConnell said.

They also talked about Kentucky’s coal industry, which has been steadily declining.

The decline in coal depends on renewables being cheaper, “said McGrath.” It’s a feature of fracking automation that Senator McConnell urged, but we must have a plan for the future. “

Both candidates used McConnell’s tenure as one of their biggest talking points.

“I’m giving Kentucky an opportunity to go beyond its weight on national issues and bring home things for this state that it wouldn’t otherwise get,” McConnell said.

After the debate, both campaigns published the Declaration’s expected victory.

The Kentucky Democratic Party also released a statement calling on McConnell to apologize for the fact that McGrath’s campaign could be summed up: “She was a Marine, a mother and he’s been there too long.”

On Tuesday, McGrath said no apology was needed and her campaign is now selling items with that slogan.