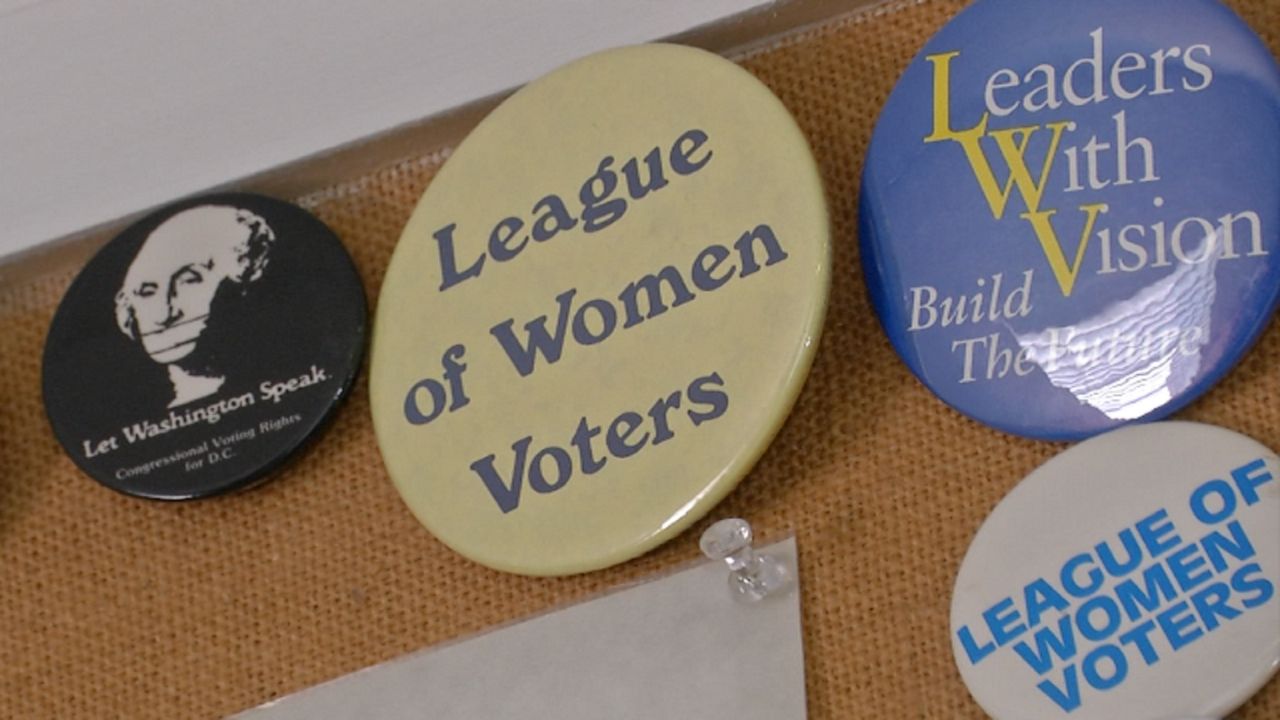 LEXINGTON, Ky. – The Lexington Women’s Voter League, one of eight local branches of the nonprofit voter education branch, had big plans for summer 2020.

Not only will Kentucky have presidential elections and a US Senate race this year, but it will also mark the 100th anniversary of the 19th Amendment, which grants women the right to vote. In a year unencumbered by a pandemic, group members in their white suffragette gowns marked the milestone in ceremonies and celebrations while running a vigorous campaign to enroll new voters in libraries, farmers markets, community festivals and public housing complexes.

“We had all these big plans,” said Jennifer Jackson, chairwoman of the voter services group. “We were so excited.”

Instead, Jackson’s efforts have been shifted largely online, with some novel forays into the real world, including posters with voting information being distributed around town, sandwich boards with QR codes for outdoor areas, and a postcard writing campaign.

With just over three weeks until Kentucky’s October 5th filing deadline, political campaigns and parties, nonprofit groups, and the Secretary of State’s office are in their final effort to register new voters. And with the pandemic still with us, get creative trying to make up for a coronavirus-induced slump in new registrations.

“We saw a 90 percent year-over-year decrease from last summer this summer,” Adams told reporters on Thursday. “So we’re doing everything we can to encourage people to vote.”

The cause of the decline is no surprise. As in almost every other part of daily life, voter registration stalled during the statewide shutdown this spring. With schools and driver’s license offices closed and public events canceled, only 504 people were added to Kentucky’s roles in March. That was less than the 7,000 people who registered in February. The numbers rose again in late July, and between June 24th and July 31st, more than 21,000 voters were registered. However, the pandemic was still having an impact. In 2019, 167,044 people registered in June and July.

This year’s numbers would undoubtedly be higher if groups like Kentuckians for the Commonwealth operated as usual. Without the coronavirus, the nationwide social justice organization would be filing at festivals, colleges, and in grocery stores, registering 150 to 200 voters daily. Instead, other organizations are trained to register people and adapt their direct reach to the time. Instead of door-to-door advertising, volunteers put large stickers with voting information on the front doors of homes in low-income areas. They also phone and text the 170,000 people involved in crime whose voting rights were restored by Governor Andy Beshear’s December ordinance.

The Louisville League of Women Voters has shifted much of its voter registration efforts online as well. Instead of coming in direct contact with unregistered voters at community events, members are trained to register them in personal networks.

“We imagine that we connect and then they connect with others,” said group president Margie Charasika. “We hope it has that ripple effect.”

Some organizations are still liaising face-to-face with potential new voters. Jessica Clark, a Kentucky Democracy Project volunteer, has been occupying a table outside Mi Mis Southern Style Cooking in Lexington for weeks. She recently started moving it to other areas of the city as she and a partner are trying to attract more voters. Every time they speak to a potential new voter, they have a smartphone available to register. “I’ll make sure we can register them right away,” said Clark.

Democratic Senate candidate Amy McGrath also works personally with small, socially distant events. On August 1, it held four events in four cities to register people with newly restored voting rights and people from historically disenfranchised groups. This Saturday, she’ll be hosting events on four college campuses across the state aimed at giving people a chance to meet the candidate and, according to online listings, learn how you and your friends can register to vote in Kentucky.

The Kentucky Republican Party, meanwhile, has staff and volunteers working to list voters at a combination of digital and in-person events, said Mike Lonergan, Kentucky Republican Party spokesman. The Kentucky Democratic Party is partnering with CampaignOS, an online platform that allows donors to fund hyperlocal voter registration efforts that target “people who can best be registered,” said Marisa McNee, spokeswoman for the Kentucky Democratic Party.

These methods have their limitations, especially when it comes to reaching people who do not have reliable internet access or who do not attend candidate and political party events. KFTC tries to reach out to these voters by leaving literature on their doors or filing in front of black-owned companies. The League of Women Voters in Lexington works with food banks and shelters to register their customers. And in West Louisville, the Voter Engagement Brigade is hosting a concert with local musicians, catering and door awards this Saturday, dubbed the “Chickasaw Voter Registration Experiment.”