QB Desmond Ridder returns to Cincinnati for the 2021 season 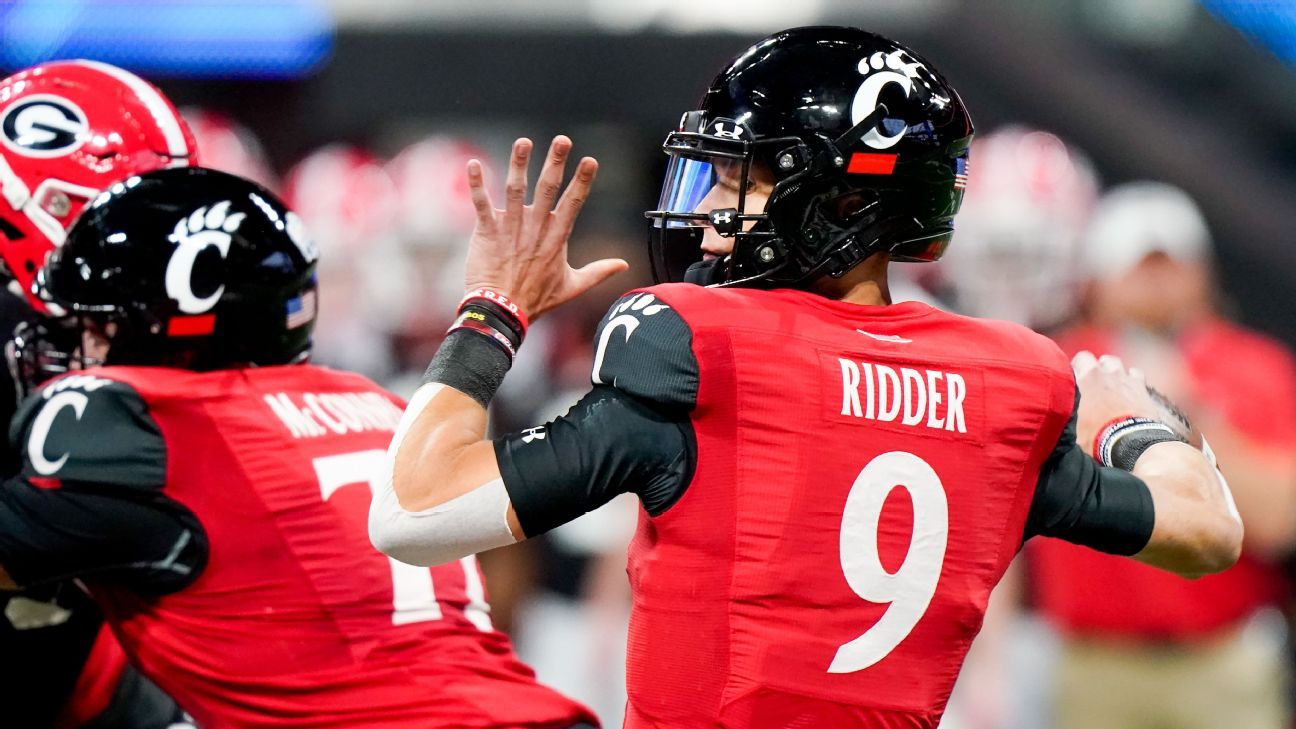 Cincinnati starting quarterback Desmond Ridder, who led the team to a title at the American Athletic Conference and an appearance in the Chick-Fil-A Peach Bowl this season, will return in 2021.

Ridder announced his decision on Friday in a video titled “One Last Ride” posted on Twitter, which was also tweeted by the Bearcats.

We have said it before
and we’ll say it again …

Ridder completed 66.2% of his passes for 2,296 yards with 19 touchdowns and six interceptions that season when Cincinnati won its first nine games before falling 24-21 against Georgia in the Peach Bowl. Ridder was named American Offensive Player of the Year and was a semi-finalist for the Maxwell Award.

In three seasons, Ridder has 6,905 yards with 57 touchdowns and 20 interceptions. He’s 30-5 as the Cincinnati’s quarterback, the most successful Bearcats caller in team history.

The 6-foot-4,215-pound ridder does not appear on ESPN’s Mel Kiper Jr. quarterback ranking for the 2021 draft. He told Yahoo Sports that he has received feedback from the NFL declaring him to be Project Draft Pick for Rounds Fourth through Sixth in case he leaves school now.

Cincinnati defensive end Myjai Sanders announced on Instagram on Friday that he would return in 2021. Sanders led Cincinnati in 2020 in sacks (7) and tackles against losses (10.5).

The Bearcats are expected to be among the top 10 preseason teams in 2021 when Cincinnati takes on Notre Dame and Indiana in the non-conference game.