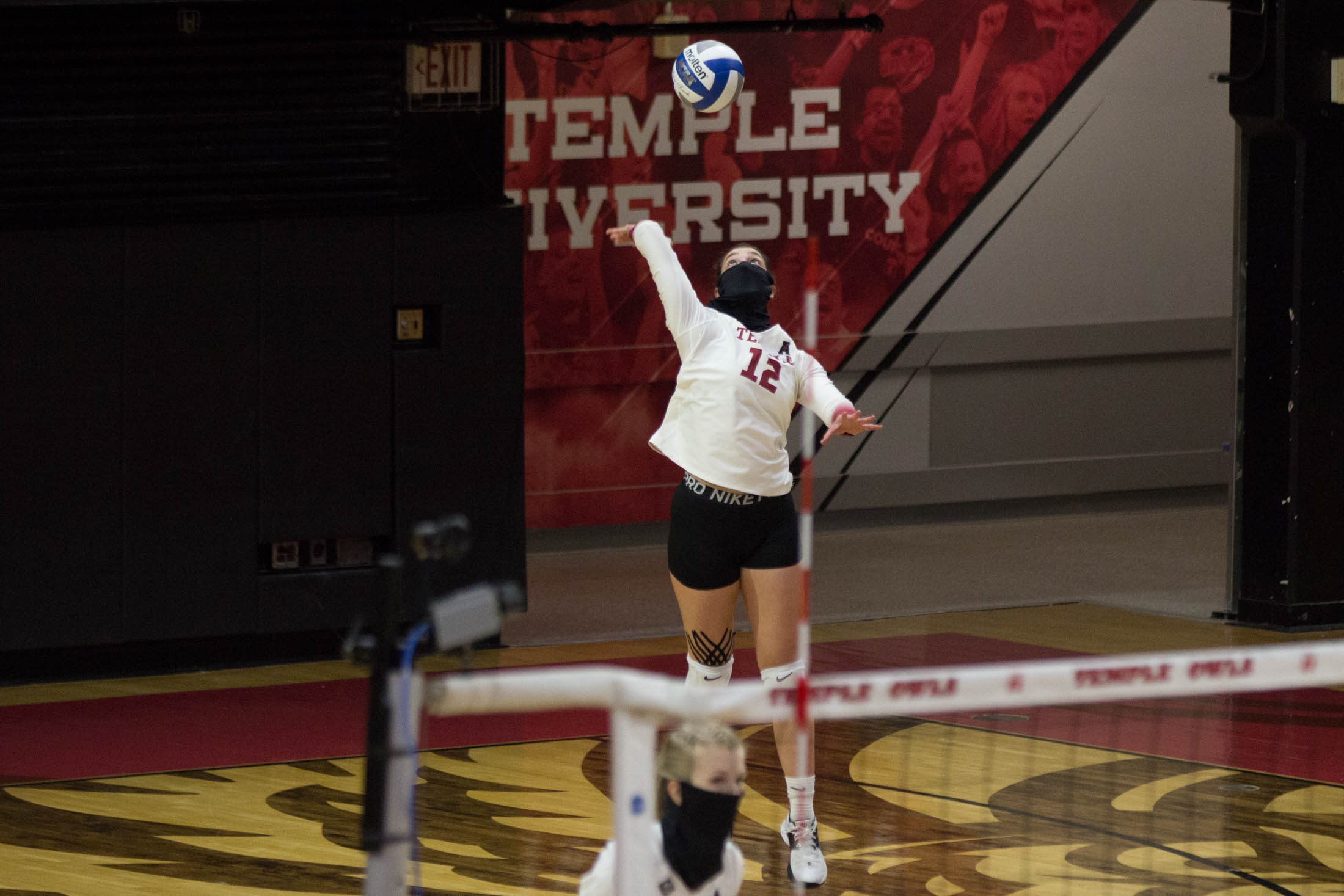 Temple played strong and aggressive on the offensive and knew they had to win both days to advance to the American Athletic Conference Tournament in Cincinnati, Ohio on April 2nd.

“We have had an emphasis on blocking this week and last week, especially this week,” said head coach Bakeer Ganesharatnam. “We made a bit of progress last week and then really set off, with a strong focus on that this week.”

Before the game on Saturday, the team honored the setter Selina Merfol, Papazoglou and the central defender Baleigh Jean-Philippe on Seniors Day.

Bolukbasi scored 19 kills and 7 digs on Saturday. Papazoglou and junior outside hitter Gem Grimshaw got 11 kills each while adding seven digs and 11 digs, respectively.

The owls will compete against Houston in the American Athletic Conference Tournament on April 2-3.

“We have been building the steam for two years,” added Ganesharatnam. “We have used this opportunity for the past three years to play after the season. I just felt we had to take this opportunity. We can’t wait for someone to invite us and we have to break that door down and go through. “

Cincinnati restaurants applying for $ 5,000 DoorDash grants must apply by February 17