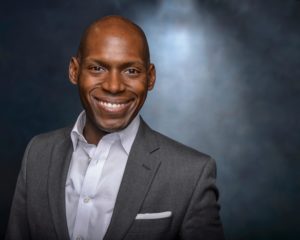 By Colman Elridge
Chairman of the Democratic Party of Kentucky

You know, there is an easy way to know if someone cares more about people or political power: if the news is good, are they celebrating or attacking our collective victories?

Recently, my Kentucky Republican Party counterpart Mac Brown penned a pathetically desperate attack on Governor Andy Beshear. I suppose it’s no surprise, but it’s disappointing and sad to the people of Kentucky who deserve better.

Unfortunately, Chairman Brown has ignored his own party’s failures and growing dangerous threats and made it clear that they will not be part of the solution in the future. The Republicans, bitter over losing an election in 2019, spent most of the last year making small partisan attacks rather than actually helping the Kentucky people when they got the chance.

Republicans turned down $ 240 million in direct aid to small businesses and nonprofits affected by the pandemic just so they could keep moving a topic of conversation and not helping.

Republicans opposed increases for teachers while shouting over “reopening schools” that never closed. Since the pandemic in March 2020, our schools have been open and our teachers are teaching. When it comes to personal learning, only Governor Beshear has taken the necessary steps to limit the spread of the virus in our classrooms and advise school districts to keep positivity rates down.

When it comes to unemployment, let’s make it clear that it was Republicans who broke the system. Their repeated cuts in the labor exchange left it understaffed and not funded. Then, when the federal government continued to change its unemployment insurance guidelines, it was Governor Beshear – not the Republicans – who directed the bonuses to unemployed people who did not qualify for the federal programs or were pending federal regulations.

While federal and state Republicans tweet, take selfies, thrash and whine – while suggesting absolutely nothing of their own – Governor Beshear has led. Period.

It intensified when the federal government let us down in 2020.

A governor is elected to rule, and that’s exactly what Andy Beshear did. In almost every way, Kentucky has outperformed its neighbors when it comes to protecting our employees. At the same time, we surpass the same neighbors in terms of economic success.

If Mac Brown or any other Republican is looking to take out credit, keep in mind that they did not lead during this pandemic. They just tweeted, whined and complained, and then ignored laws that would actually help Kentuckians. When Kentuckians had the opportunity to help while sick, depressed, and yes, even died, they simply said no.

Until they really start helping Kentuckians ditch their phones and stop worrying about their next press release, Republicans don’t deserve credit for a single positive metric our Commonwealth currently has. They continue to do what Republicans have done for decades, recognizing the work they never did, and believing that we are too ignorant to know they are lying.