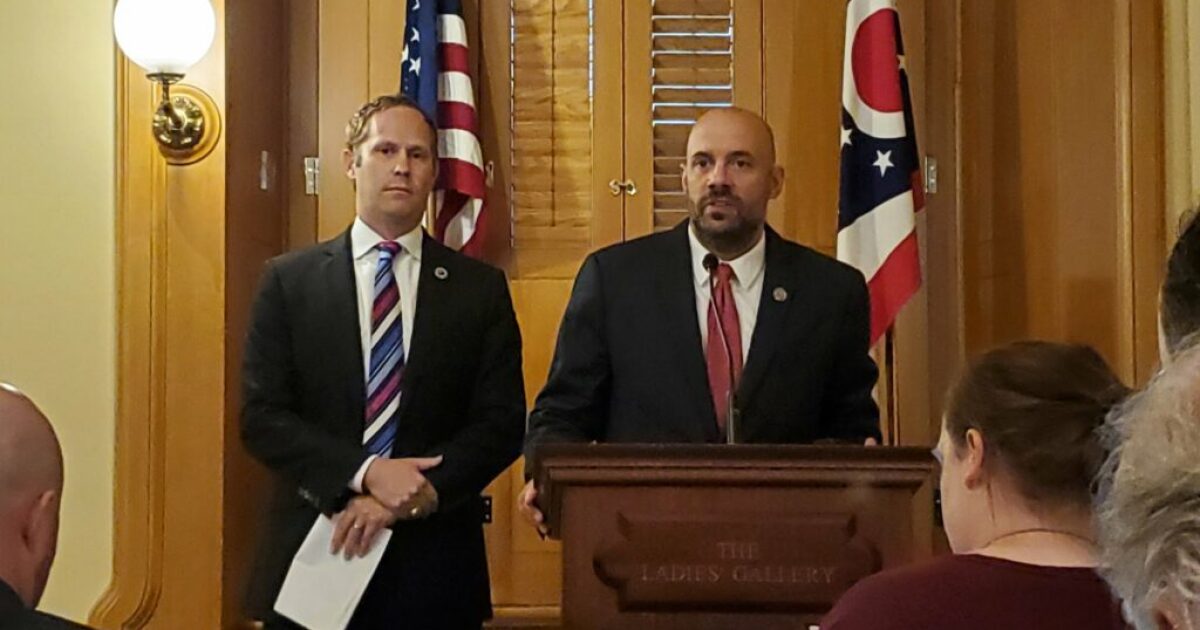 The following article was originally published in the Ohio Capital Journal and posted on News5Cleveland.com under a content-sharing agreement.

COLUMBUS, Ohio – The year after the House Bill 6 scandal first broke out in July 2020, the main focus was on State Representative Larry Householder.

Householder has since been dismissed from the legislature and is awaiting trial. Attention remains on Governor Mike DeWine as the investigation continues.

The governor was not accused of any wrongdoing by the prosecutor. But his connections with other key figures in the investigation lead his opponents to ask an age-old question in political scandals: what did DeWine know and when did he know it?

Democratic State MPs Jeffrey Crossman from Parma and Casey Weinstein from Hudson are calling on the government to be more transparent about its work in order to pass the nuclear bailout bill in 2019.

Weinstein also wants the governor to fire his advisor and top lobbyist, two aides whose roles have been further questioned in recent weeks. A spokesman recently told the Ohio Capital Journal that the governor “absolutely” supports the two aides.

Crossman and Weinstein say that similar demands for transparency by Republican gubernatorial candidate Jim Renacci show that these efforts are based on ethical government, not partisanship.

Their Thursday press conference was organized by the Ohio Democratic Party.

A deferred prosecution agreement signed by federal attorneys and FirstEnergy, which was released last week, further shed light on what is considered to be the largest bribery program in Ohio history.

The court motion included new details regarding the connections between FirstEnergy and Sam Randazzo, the former chairman of the Public Utilities Commission of Ohio (PUCO) appointed by DeWine in early 2019.

FirstEnergy announced that it has paid Randazzo $ 22 million in private consulting fees over the past decade, including a $ 4.3 million bribe made shortly before his appointment as PUCO chairman. The aim of Randazzo, as the state regulator, was to give the energy company favorable decisions.

Randazzo did just that, but denied any wrongdoing.

Dispute: When did DeWine find out about this $ 4.3 million payment? His office claims Randazzo told then Chief of Staff Laurel Dawson about the payment in October 2020. Dawson reportedly didn’t inform DeWine of the payment until weeks later when FBI agents ransacked Randazzo’s Columbus home. (Randazzo resigned shortly afterwards.)

Weinstein argues that Dawson’s silence about the payments is inexcusable and should result in her being fired. He also wants Governor Dan McCarthy to fire, a former FirstEnergy lobbyist who now serves as DeWine’s director of legislative affairs.

Critics are also upset by a later claim by the governor that “everyone” knew by the time Randazzo was appointed chairman of PUCO that he had worked for FirstEnergy.

His multi-million dollar consultancy fees from FirstEnergy were not disclosed at the time. Randazzo himself evaded the question of his connections while still serving as chairman.

“I think it is important for the public to know, Mr. Chairman, have you, or the companies you own or control, ever had any contracts or business with FirstEnergy or FirstEnergy Solutions?” Weinstein asked Randazzo at a Legislative Committee hearing in September 2020 .

“I’m an old school on customer disclosure and I will not disclose any customers I may have had in the past,” Randazzo replied.

Legislators are also questioning a 2018 dinner meeting with executives from DeWine and FirstEnergy. DeWine has since claimed he did not remember the words of the meeting that took place shortly before he took office as governor.

The Democrats want the DeWine administration to publish all documents, correspondence, and personal schedules to give a clearer sense of their role before and after House Bill 6 was signed.

“Ohioans deserve to know the truth,” Weinstein said. “There is still a lot of truth to be discovered.”