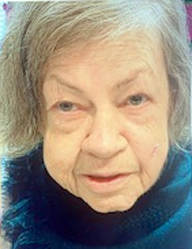 Norma Jean Hammons, 74 years old, of Georgetown, Ohio, died on March 27, 2021 at the Care and Rehabilitation Center at Ohio Valley Manor near Ripley, Ohio. She was the executive secretary of the Navy Exchange and loved working in her flower beds. Norma was born on January 5, 1947 in Cincinnati, Ohio, to the late Jack and Lillian (Kaut) Fry. In addition to her parents, a daughter – Patricia Hammons, two brothers – Herbie and Joe Fry, and a sister – Charlotte Smith died before her.

Mrs. Hammons is survived by her 58-year-old husband – Jerry W. Hammons, whom she married on December 27, 1962; three grandchildren – Jessica Joyner and husband Brian from North Carolina, Crystal Mclain from Georgetown, Ohio, and John Mclain from North Carolina; five great-grandchildren – Gracie and Noah Joyner and John, Alex and Finley Mclain; two sisters – Betty Sargent and Deloris Setty, both from Loveland, Ohio; two brothers – Michael and Donald Fry, both from Hamilton, Ohio, and many nieces and nephews.

After the massacre, the Cincinnati bars speak of safety and security

The five Rs: include remote technology, depend on people