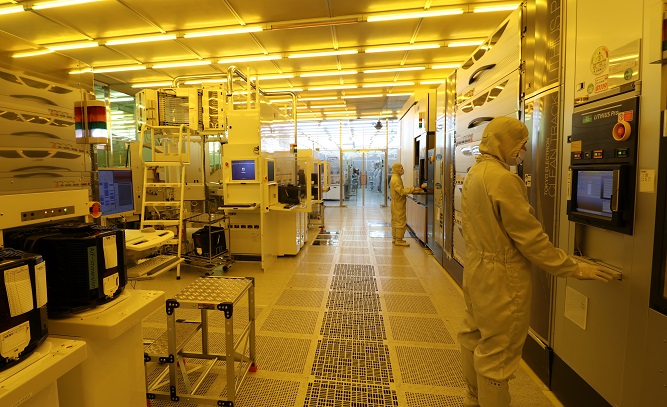 Equipment for a 12-inch semiconductor test bench can be seen in this photo provided by the National Nanofab Center on March 16, 2021.

The research team created the nano-hair structural body using semiconductor processing technology and combined it with a fluorescent gene probe that produces a selective response to bacteria.

Using this method, the research team succeeded in creating a nanostructure that is highly cohesive with pathogenic bacteria.

By using a 500-nanometer nanopillar and a projection structure several tens of nanometers in size, the nano-hair structural body can detect and detect food poisoning bacteria in real time.

The research team said the new technology would enable the detection and analysis of food poisoning bacteria found in kitchen ware and food ingredients within five minutes on-site.

The research team plans to drive commercialization of the new technology through mass production of nanostructures, field performance testing and verification.