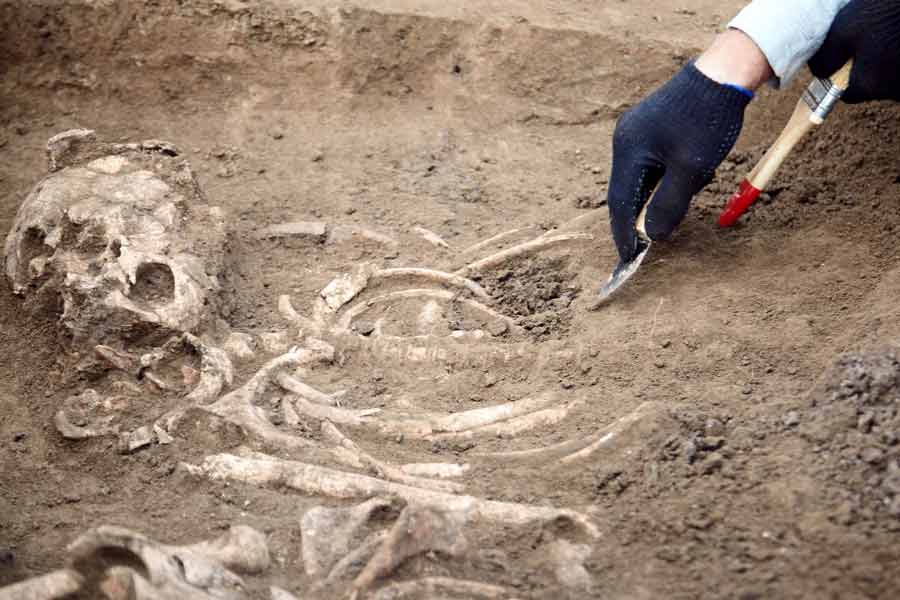 Scientists have made a revolutionary breakthrough in the field of paleogenetics with a new technique that allows for a more detailed analysis of ancient DNA. For the first time, they were able to obtain intact and identifiable samples of Neanderthal nuclear DNA from deeply buried sediments removed from caves in northern Spain and Siberia.

This remarkable achievement resulted from the work of a team of evolutionary geneticists led by Benjamin Vernot and Matthias Meyer from the Max Planck Institute for Evolutionary Anthropology (MPI-EVA).

Until now it had only been possible to extract such material from fossilized teeth and bones. Only 18 Neanderthal nuclear DNA samples have ever been obtained in this way, which is why this new breakthrough in methods of DNA extraction and analysis is so significant.

“Now it seems possible to extract nuclear DNA from dirt, and we have a lot of dirt in archaeological sites,” responded archaeologist Marie Soressi of Leiden University to the publication of these results on the April 15, 2021 issue of Science.

Previously, Neanderthal DNA was always collected from mitochondrial DNA, which is not complete. It is now possible to analyze nuclear DNA even if it is in cave debris. (Elymas / Adobe Stock)

In the past, sediment samples in caves where Neanderthals or other ancient hominin species lived had only produced identifiable samples of mitochondrial DNA that are shorter and harder than nuclear DNA, but only contain subsegments of genetic markers (all of which are inherited from the mother line) .

However, with the new sampling techniques, a special genetic probe can distinguish hominin DNA from mixed plant and animal DNA, and it can also distinguish nuclear DNA from much more mitochondrial DNA.

Nuclear DNA contains a full menu of genetic material that provides geneticists with a more extensive database of material than mitochondrial DNA could ever provide. The advanced nuclear DNA analysis will allow scientists to confirm genetic links between groups of Neanderthals who occupied different regions of Eurasia at different times. From this information, they will be able to reconstruct the movements of such peoples, fill gaps in Neanderthal lifestyles and migration patterns, and make clearer distinctions between the activities of different Neanderthal subpopulations.

“By putting what we have from fossils together with what we can now get from sediments, we can begin to bring together much more of human history over time,” explained Bert Roberts, geneticist at the University of Wollongong (Australia) who helped collect the DNA used in the study. 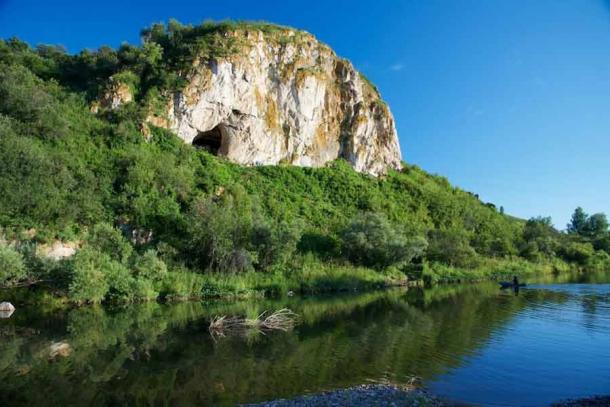 Neanderthals lived in the Chagyrskaya Cave in the Altai Mountains of Siberia for tens of thousands of years, and the current study also relied on Neanderthal DNA from that cave. (Dr. Bence Viola, Department of Anthropology / University of Toronto)

Unveiling the secrets of Neanderthal DNA and human evolution

From excavated sediment roughly 113,000 years old taken from a cave called Galería de las Estatuas near Atapuerca, Spain, the scientists retrieved a single nuclear Neanderthal DNA sample taken from a male of this species . From a layer above that formed the ground floor of the cave about 100,000 years ago, they found two additional core DNA samples that belonged to two female Neanderthals.

Scientists have also extracted nuclear DNA from the two Siberian caves Denisova and Chagyrskaya, which were also home to Neanderthals in the distant past. The Neanderthals of Denisova lived there about 120,000 years ago, while the Chagyrskaya people lived much younger, about 62,000 to 72,000 years ago.

Interestingly, a more detailed analysis of the genetic material extracted on two levels in the Galería de las Estatuas revealed that it belonged to two different Neanderthal subspecies. These nuclear DNA samples were mixed with an abundance of preserved Neanderthal tools, fossilized food debris, and mitochondrial DNA, making it clear that large groups of people lived in these caves during the two time periods in question.

In particular, the mitochondrial DNA extracted from the Galería de las Estatuas confirmed a serious decline in genetic diversity. At least three different lineages or subgroups had lived in the cave in earlier times, but that was only a single subspecies that appeared only 13,000 years later. The subgroup to which the male belonged was genetically related to the group that Denisova occupied in Siberia 120,000 years ago, while the two females belonged to the “classic” species of the Neanderthal subspecies that lived in Chagyrskaya 60,000 years ago.

According to the scientists involved in this new study, climate change likely explains why genetic diversity was decreasing and why a group of Neanderthals eventually replaced the former residents of the Galería de las Estatuas. 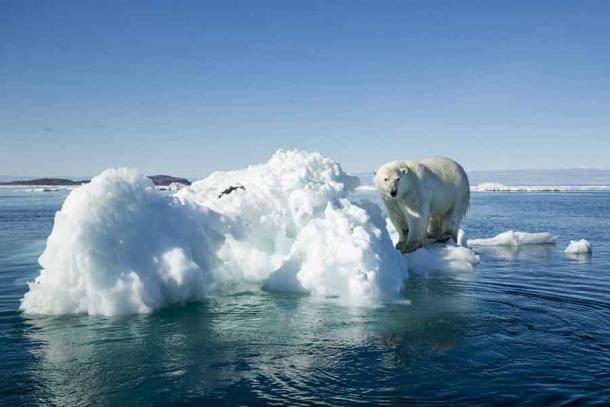 Climate change over 100,000 years ago likely explains why genetic diversity decreased and why a group of Neanderthals eventually replaced the previous residents of the Galería de las Estatuas. Just like today’s climate change is changing biodiversity in many ways. (Paul Souders / Danita Delimont / Adobe Stock)

The study’s co-author, Juan Luis Arsuaga, a paleoanthropologist at Complutense University in Madrid, links the cave’s complex history to ice age cycles and the movement of glaciers across the Eurasian landmass.

Arsuaga believes several Neanderthal subtypes thrived during a warm, humid interglacial period that Eurasia experienced about 130,000 years ago. However, when Eurasia’s glacial cover returned 20,000 years later, the subsequent drop in temperature had a devastating impact on most Neanderthal groups. The “classic” type of Neanderthal man, who had a slightly larger brain than his predecessors, was the only subgroup to survive dramatic climate change.

Whenever later periods of warming occurred, the descendants of the surviving Neanderthals became more mobile and spread to repopulate regions that were previously too cold to occupy. What happened in the Galería de las Estatuas area 113,000 to 100,000 years ago was an event at the level of extinction, which explains why the cave was completely abandoned when the “classic” version of the Neanderthals came to the region .

This theory is consistent with what is known about how human populations have responded to climate change in the past.

“These [Ice Age-related] The pattern – spreading over potentially great distances and exchanging or admixing populations – is one that we find almost everywhere we look, ”commented Beth Shapiro, a molecular biologist from the University of California at Santa Cruz, who shared the results from the MPI -EVA is familiar with -led project. 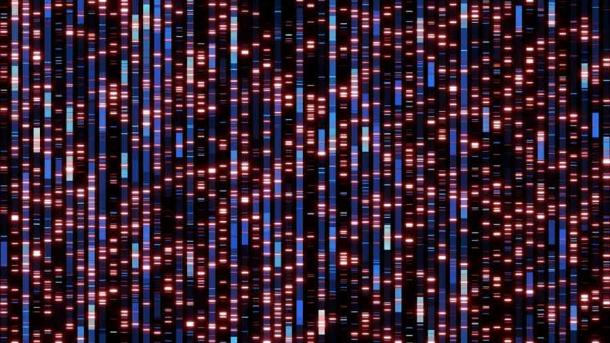 A much better genetic map will likely be produced from this breakthrough in nuclear DNA analysis. (Images / Adobe Stock)

Is a complete prehistoric human genetic map within reach?

The revelations resulting from the extraction of nuclear DNA from the three caves in Spain and Siberia are just the beginning. In the coming months, the MPI-EVA team will analyze sediments from dozens of caves and other locations around the world and look for nuclear DNA samples from Neanderthals, Homo sapiens and other specimens of hominin that may have set foot in prehistoric times .

By applying newly developed genetic detection and analysis techniques, which are likely to be refined as usage increases, evolutionary geneticists, paleoanthropologists, and archaeologists may be able to create a comprehensive four-dimensional map that reveals the geographic, chronological, migratory, and evolutionary history of each hominin species. This would be a monumental achievement, and for the first time it could be a realistic goal.

Above: Now that nuclear Neanderthal DNA can be “harvested” from dirt, we are on the verge of a paleogenetic breakthrough that could eventually lead to a perfect genetic map of the ancient hominins. Source: Elena / Adobe Stock