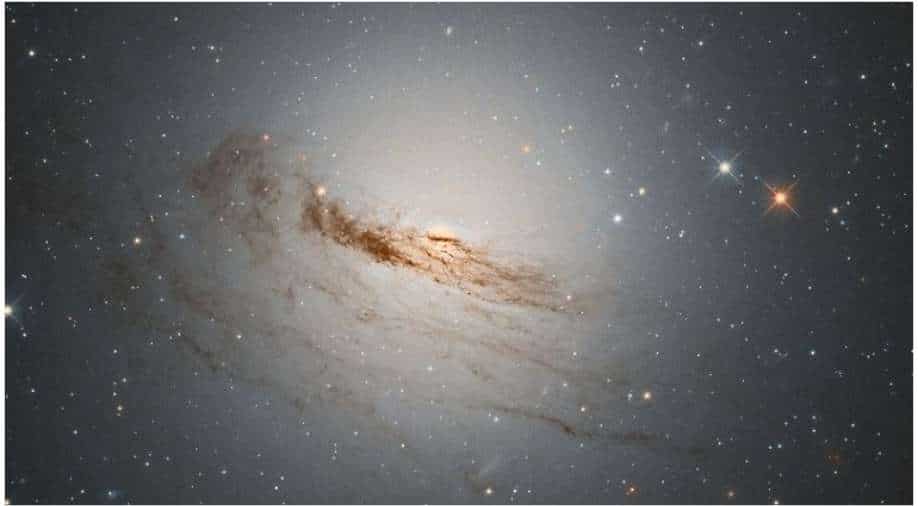 Death is a thing that cannot be conquered. It comes for us and also for astronomical bodies. An image of a galaxy captured by NASA’s Hubble Space Telescope looks so serious that anyone who looks at it is sure to get a little thoughtful.

The galaxy is dying!

One look at the picture and it seems as if the life force is breaking away from this heavenly structure. The galaxy called NGC 1947 is 45.7 million light years away from us. The galaxy is slowly in decline. The contrast between the dying galaxy and other specs of vivid lights is very evident in the picture. While the universe around the galaxy is still full of activity, the galaxy appears to be distant from it.

It is a rare type of galaxy known as a lenticular galaxy. Such galaxies have a structure similar to the Milky Way, but lack spiral arms.

The “star material” in this galaxy is dumped and therefore no new stars are formed. The current star material is fading.

Galaxies usually absorb new material as they travel through space. In the case of NGC 1947, however, such an infusion of new material appears difficult, at least for the time being.

And since there is no new star material, the galaxy is destined to slowly disappear into our universe, which is teeming with outstanding activity and life.

What’s next for outdoor music in Cincinnati? Venue operators weigh in