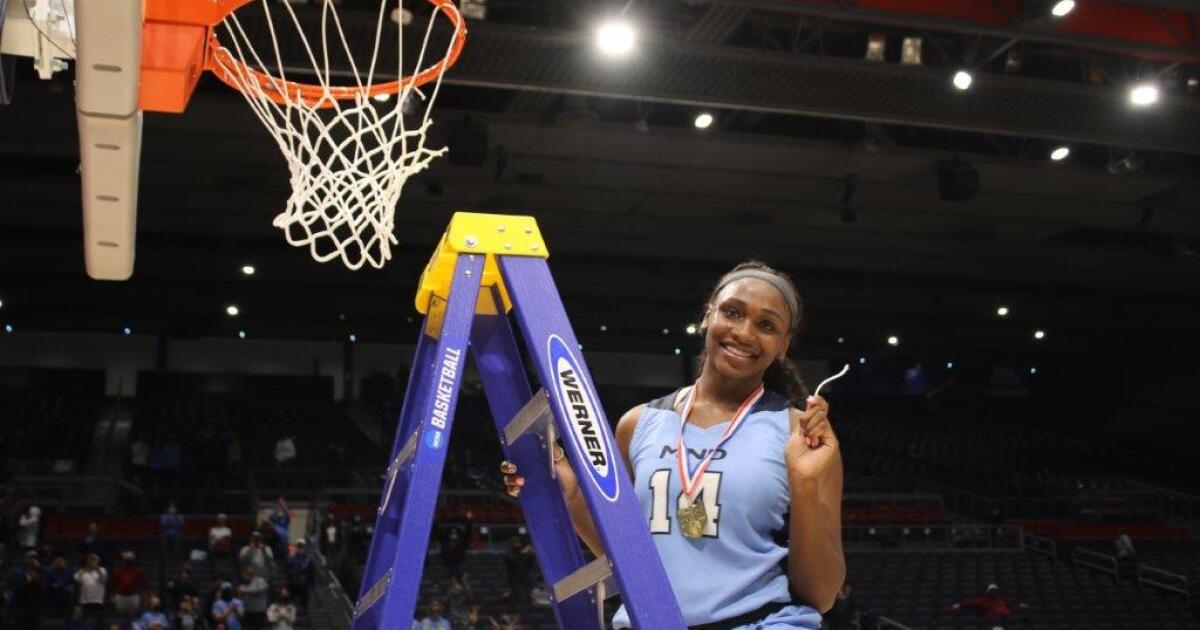 “It’s a really great performance,” said Bransford. “A lot of great girls have received this award, so I’m just super excited, super happy. It’s like a cherry on top of the state. That was my main goal, but that’s a really good performance for me.”

The school announced their award to Bransford on Monday.

“There could be no one who earns more than KK,” said MND trainer Dr. Scott Rogers.

Bransford, who helped lead MND to the Division I title last season, will become the first Greater Cincinnati player to win Ohio Ms. Basketball since Princeton’s Kelsey Mitchell in 2014.

“It’s huge for them and obviously huge for our program,” said Rogers. “Huge for Cincinnati. I think it speaks volumes to KK and the coaches she had.”

Bransford was named the Ohio Prep Sportswriters Association’s Division I State Player of the Year on Tuesday.

RELATED: Sign up for our new high school sports newsletter

Bransford said she repeated the state finals in her head several times.

“It was amazing,” she said.

Bransford said the trip was especially important for MND after playing the state final at the University of Dayton Arena in front of an increased number of regular season fans.

“Just having that for our last game meant everything to all of us, just to see more people in the stands than the two allowed,” said Bransford.

Bransford’s versatility was evident this season. She was able to get the ball on the field and also set up defenders. Their defense was also shown in the tournament.

“She’s just a super young woman and I’m very proud of her and her parents and our coaches and our players,” said Rogers. “She’ll do you credit. I’m really happy for her.”

This month marked MND’s eighth overall girls’ basketball championship – the highest in the history of the Ohio High School Athletic Association. MND, # 4 nationwide by MaxPreps, has won 72 games in a row.

Bransford is the third MND basketball player to win the prestigious award, alongside Kendall Hackney (2009) and Mel Thomas (2004).

Bransford has 1,600 career points, according to the MND sports department. They have been an all-state first-team selection for the past two seasons. She is also nominated for Ohio Gatorade Player of the Year award.

“Mel and KK have that factor,” said Rogers. “You have a basketball IQ that is more like a coach’s. You think of two or three passes and where everyone needs to be. And that just increases every game and your mental sharpness. It’s really good for everyone.”

The Ohio Ms. Basketball Award has been presented annually since 1988. Seton’s Janet Haneberg was the first recipient.