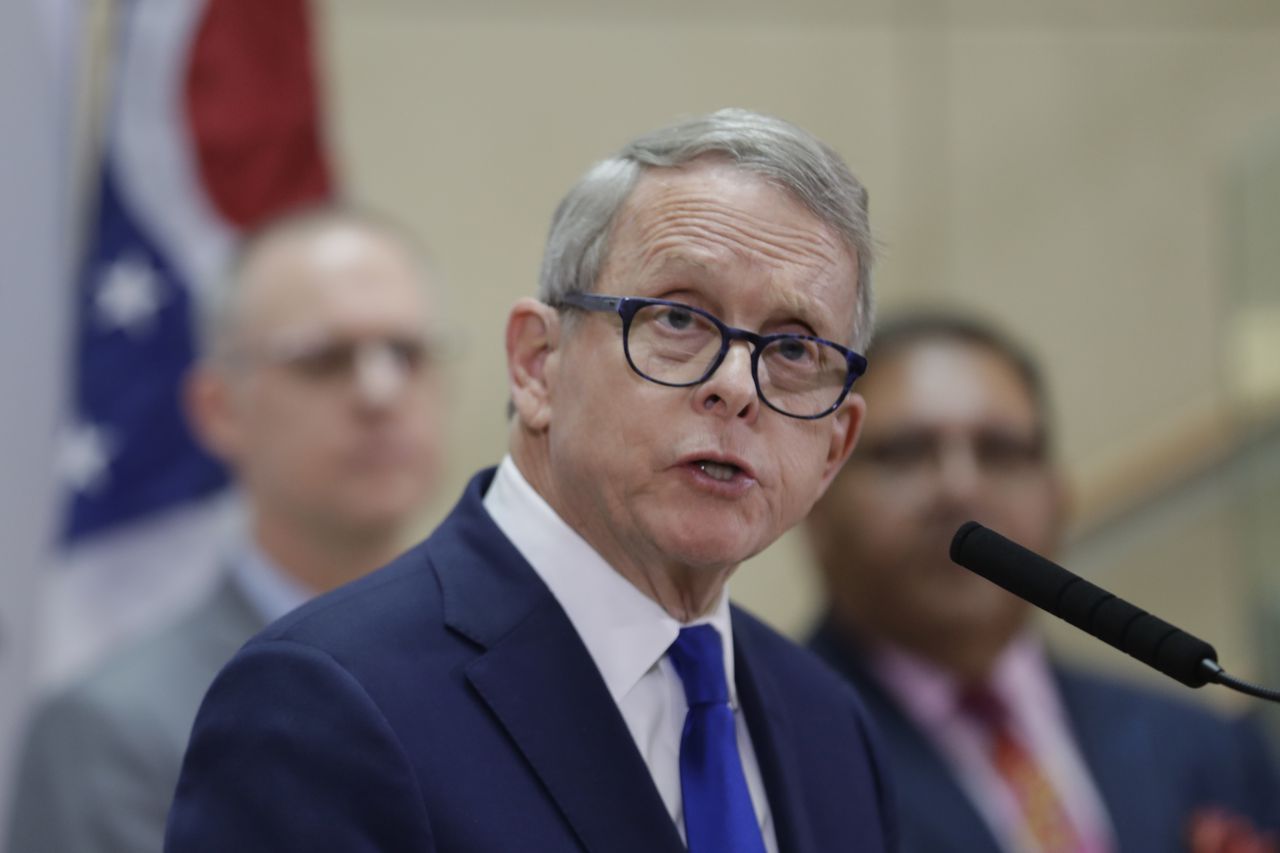 Veto: As promised, Governor Mike DeWine vetoed Senate Bill 22 on Tuesday, as promised, which seeks to curb his coronavirus powers as it would be unconstitutional and the ability of the state and local authorities to deal with emergencies would be in emergencies . But, as Jeremy Pelzer reports, DeWine’s Republicans say in the legislature that they have the votes to override the veto.

Roadshow: During a visit to Columbus on Tuesday, President Joe Biden extolled the $ 1,400 in direct payments and Obamacare enhancements put into effect through his $ 1.9 trillion US bailout, writes Andrew Tobias. Speaking at the Research and Treatment Center at Ohio State University’s James Center, Biden signed the Affordable Care Act in 2010. Republicans criticized him for speaking about his landmark bill and not about problems on the US-Mexico border. The trip was Biden’s first to Ohio since he became president in January.

Confessional for the Dashboard: Ohio’s office of accountant Keith Faber, during its review of the Ohio Department of Health’s administration and public reporting of coronavirus data, determined that the information on tests and deaths was generally correct. However, Laura Hancock reports that there have been many issues with the way information is thrown on the dashboard with no explanation to non-medical professionals, issues with the 20-year-old infectious disease reporting database, and other inefficiencies.

FEMA Funding: Ohio will receive over $ 8.7 million from the Federal Emergency Management Agency to cover costs for the Cleveland mass vaccination clinic, Hancock reports. The site will be open 12 hours a day, seven days a week for the next seven weeks.

Don’t Rely On It: Members of the U.S. Senate, including Rob Portman of Ohio, interviewed the acting director of the U.S. Census Bureau on Tuesday about a coronavirus-related delay in publishing census data used to redraw Congressional districts, reports Sabrina Eaton. “It really brings us back and creates huge problems,” said Portman.

In all honesty, “The Ohio Supreme Court will require Ohio State Secretary Frank LaRose and Electoral Officer Amanda Grandjean to be removed by attorneys on the Summit County’s Republican Party Executive Committee, but will have time-limited interrogation sessions,” writes Robin Goist. It is the latest advancement in the litigation surrounding LaRose’s decision to oppose the reappointment of Summit GOP Chair, Bryan Williams, to Summit County’s electoral board.

Selling Signs: Ohio home sales declined slightly in February, the first time the market stabilized in several months. As Eric Heisig reports, realtors say there have been fewer homes for sale. Meanwhile, prices rose last month due to increased demand due to the coronavirus pandemic.

Take Action: Marc Bona has a report of Ohio Liquor Control Commission administrative hearings held March 9-12 involving cases against alcohol license holders. 28 bars, restaurants, and other businesses in the state – 17 of them in northeast Ohio – have been forced to cease operations or pay a fine after being cited by Ohio Investigative Unit officials for various violations – some related to coronavirus rules, some not .

Delphi Oracle: US MP Tim Ryan on Tuesday called on the House Ways and Means Committee to restore pensions to Delphi retirees whose benefits were lost after the General Motors bankruptcy. The latest coronavirus aid package helped fail multiple employer pension plans that cover an estimated 60,000 Ohioans, and the Niles-area Democrat wants Congress to help Delphi workers as well. “After 12 years, my constituents and I want to finally fix this problem,” Ryan told the committee.

Address the problem: The roughly 27,000 members of the largest state workers’ union in Ohio would receive a 9% increase over the next three years, according to a tentative agreement received by Randy Ludlow from Columbus Dispatch. If approved, it would be the largest wage increase in 13 years for members of the Ohio Civil Service Employees Association.

According to a report by the Ohio Joint Legislative Ethics Committee, here are the five Ohio House bills that saw the most lobbying activity in 2020. The number in parentheses after the invoice number and description indicates the number of employers who reported lobbying about the legislation at some point in the past year.

Tricia McLaughlin is the Ohio Republican Party’s new communications director. She was previously Chief of Staff to the President’s Special Envoy for Nuclear Arms Control at the State Department.

The Center for Christian Virtue, formerly known as Citizens for Community Values, announced that Colleen Wilcox has joined the team as Director of Advancement. She previously worked for the Epilepsy Foundation, the University of Miami, and Ohio State University.

Rachel Coyle is leaving the company later this week as campaign leader for the Senate Democrats in Ohio to become director of communications for Innovation Ohio, a left-wing think tank.

Jen House, past president of the Ohio Young Democrats

Straight from the source

“It was literally hand trapped in the cookie jar – an adult-sized jug designed to carry adult-sized break in a place with lockable doors and barred windows. How many boxes of thin mints does your troop have to sell to make up for their betrayal? “

– Ohio Attorney General Dave Yost reported Tuesday in a press release the charges against a Licking County Boy Scout Troop leader who was accused of stealing an estimated $ 12,500 from cookie sales and event fees.