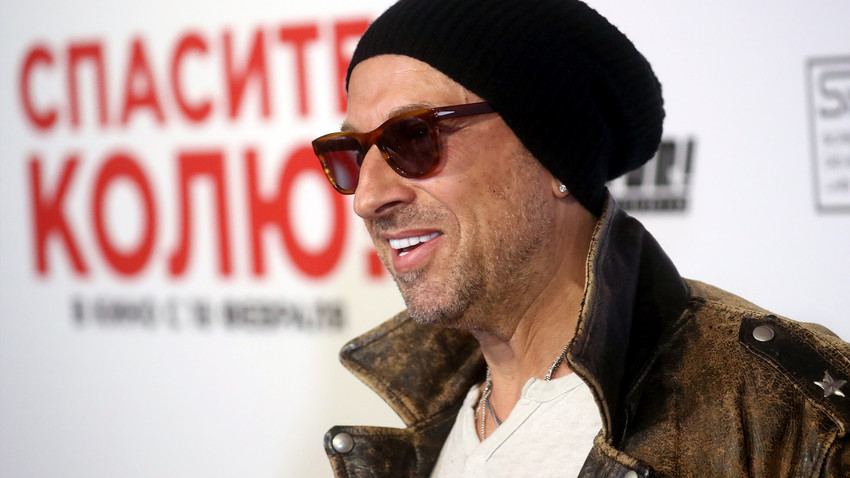 He’s a showman, actor, and television presenter – with connections to the criminal world and a menacing look.

According to an opinion poll by the SuperJob recruitment agency, in which 2,000 men and women were interviewed, President Vladimir Putin remains the sexiest man in Russia even at the age of 68.

But who is its main competitor? Let’s introduce Dmitry Nagiyev, a 54-year-old Russian showman and actor who shared a car with Putin in the 1990s and presented the most scandalous TV show of the 90s.

A man with a criminal past

Nagiyev was born in Leningrad (now St. Petersburg). His paternal family were Arabs who fled Iran to Turkmenistan during World War I. Of the whole family, only nine-year-old Gulam, Dmitry’s grandfather, survived. His maternal grandmother came from Germany. “But we were born here, and I am very grateful for it and love my homeland very much,” says Dmitry Nagiyev, who describes himself as a “Russian Orthodox Christian”.

In his youth he practiced sambo and judo under the guidance of future billionaire Arkady Rotenberg, who was also Putin’s judo partner. 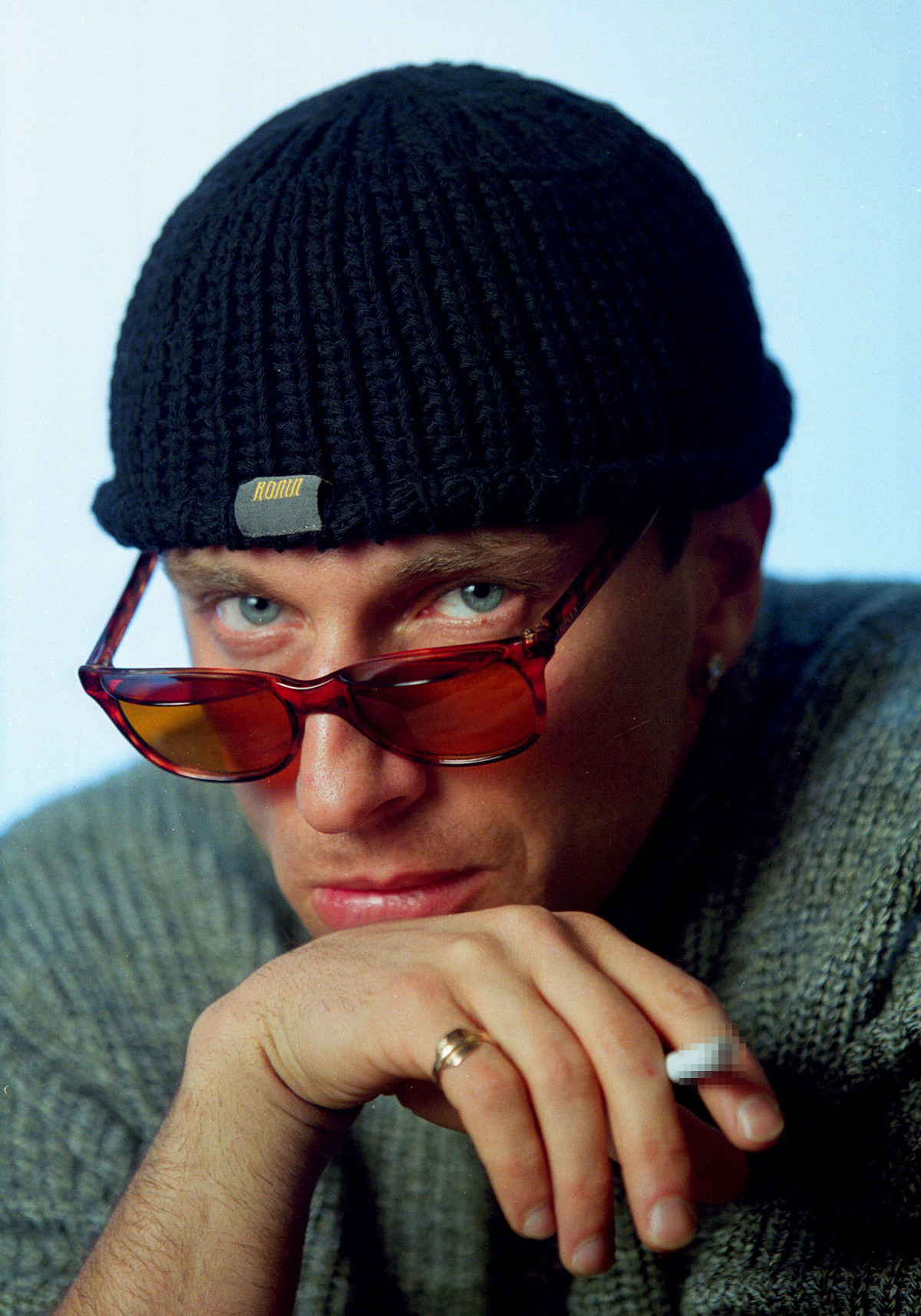 Nagiyev’s family was poor and as a teenager he went into the profitable but dangerous business of selling hard currency, which was a criminal offense in the Soviet Union. At one point, Nagiyev was detained in hard currency and avoided prosecution by joining the army. “It was a terrible and useless time,” he recalls of his military service. He also mentions bullying and the practice of “painting kilometers of grass the color green”. But it was there that he realized that he wanted to be an actor. When he finished his military service, he went to theater school. This was in the “hungry” 1990s and he started DJing part time at night, hosting shows and beauty pageants. 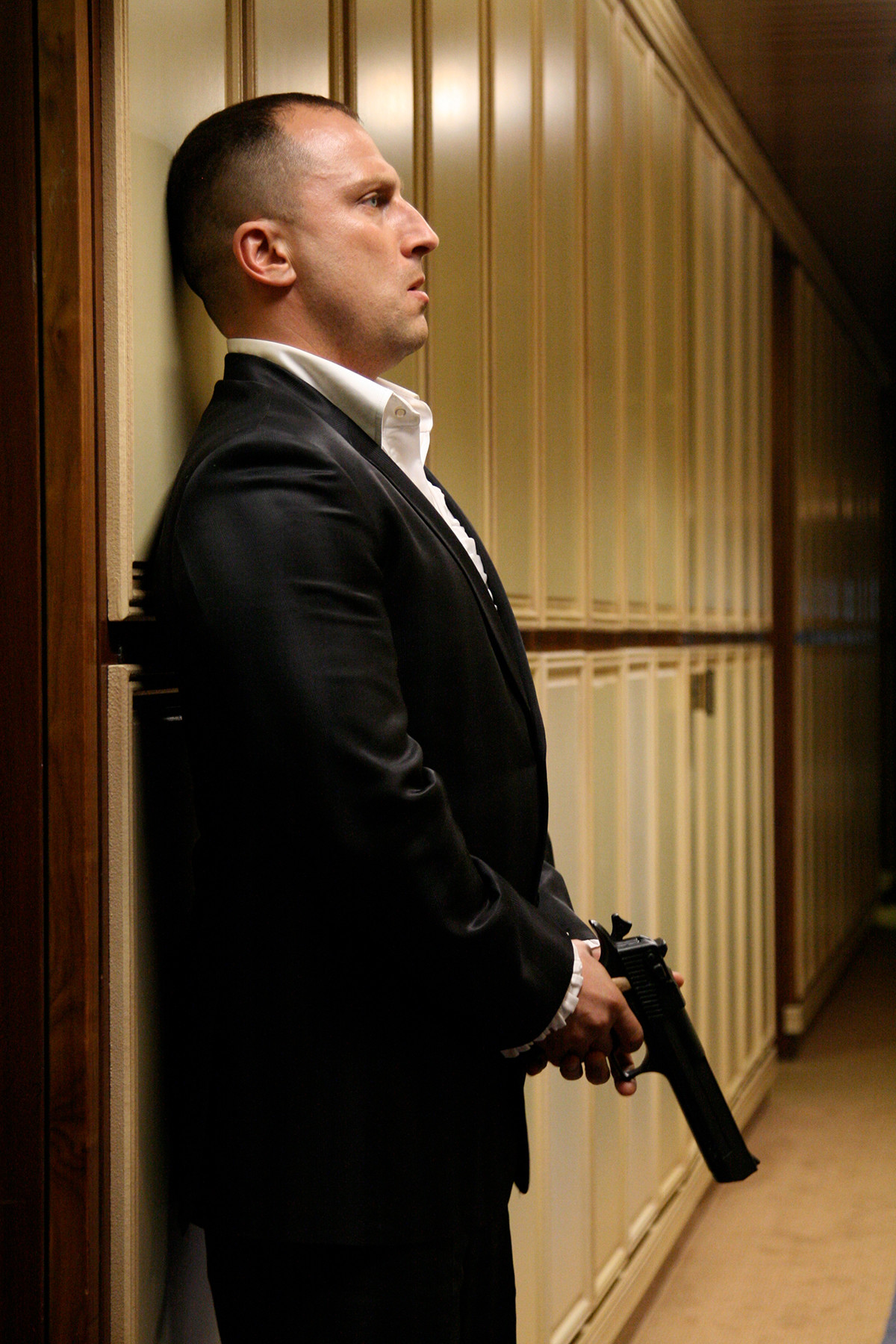 “In the nineties I only worked for gangsters because they controlled all the nightclubs. I went through this school from start to finish. Everything was difficult, dirty and disgusting there. No people were murdered around me, but I saw one Rolling corpse I turned away and pretended I hadn’t seen anything, “he recalls in an interview with journalist Yury Dud. So far, the video of the interview has been viewed 30 million times. According to Nagiyev, he had “warm and respectful” relationships with the criminal bosses because “they either see you as one of them or you work elsewhere”. 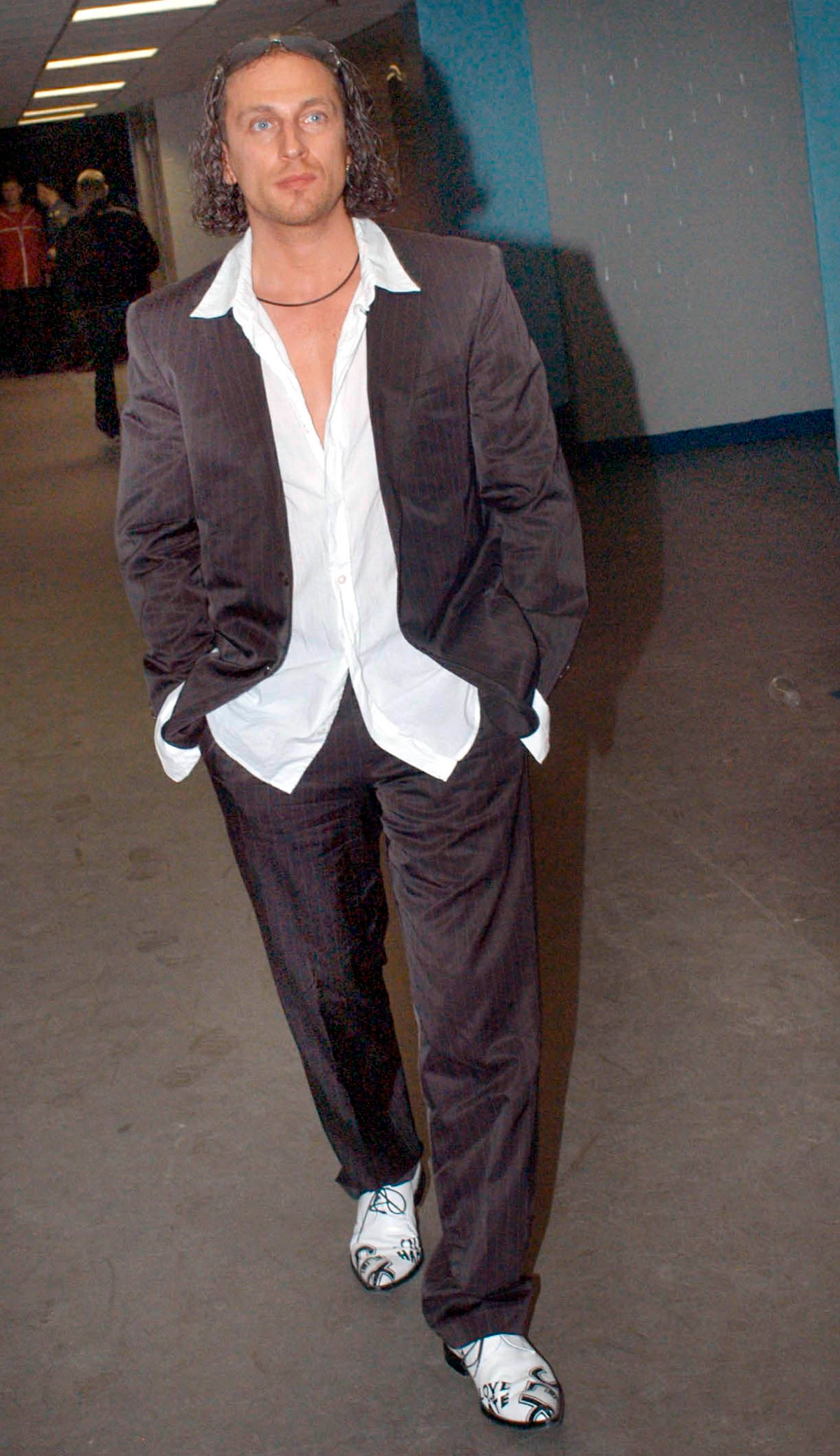 At the time, he was the most popular radio DJ in Russia and was awarded the title four times in a row. Because of this, he was invited to the election campaign of Anatoly Sobchak, the future governor of St. Petersburg. It was on the campaign that Nagiyev first worked with Putin (who was then the first deputy head of government of St. Petersburg). The three – Nagiyev, Sobchak and Putin – drove through the region to give away cigarettes, buckwheat, canned meat and other foods to the public. 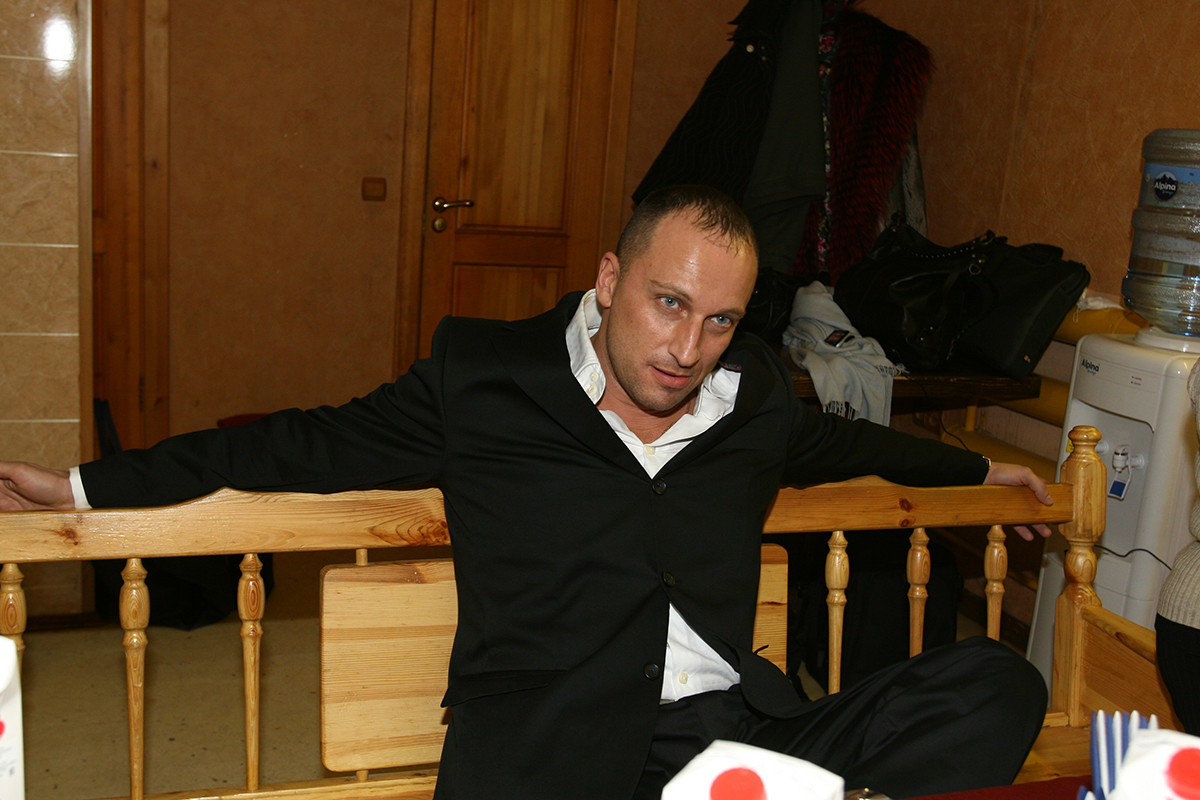 “I sat behind Sobchak and Vladimir Vladimirovich sat behind me, all of us on the same Pacific bus. And from time to time Putin asked me: ‘Dim [short for Dmitry]Did you have enough buckwheat, canned meat, and sugar? ‘. According to Nagiyev, nothing greater has developed from his acquaintance with Putin: “It’s not my nature, I’ve never learned to befriend the right people.”

Nagiyev drove his first big wave of popularity in the nineties when he appeared on the low-budget comedy television shows Ostorozhno, Modern! [Look Out, Modern!] and Polny Modern! [Full Modern!]. Together with actor Sergei Rost, the two played all residents of a multi-story apartment block that ranged from a former tank crew member to a drunk plumber. 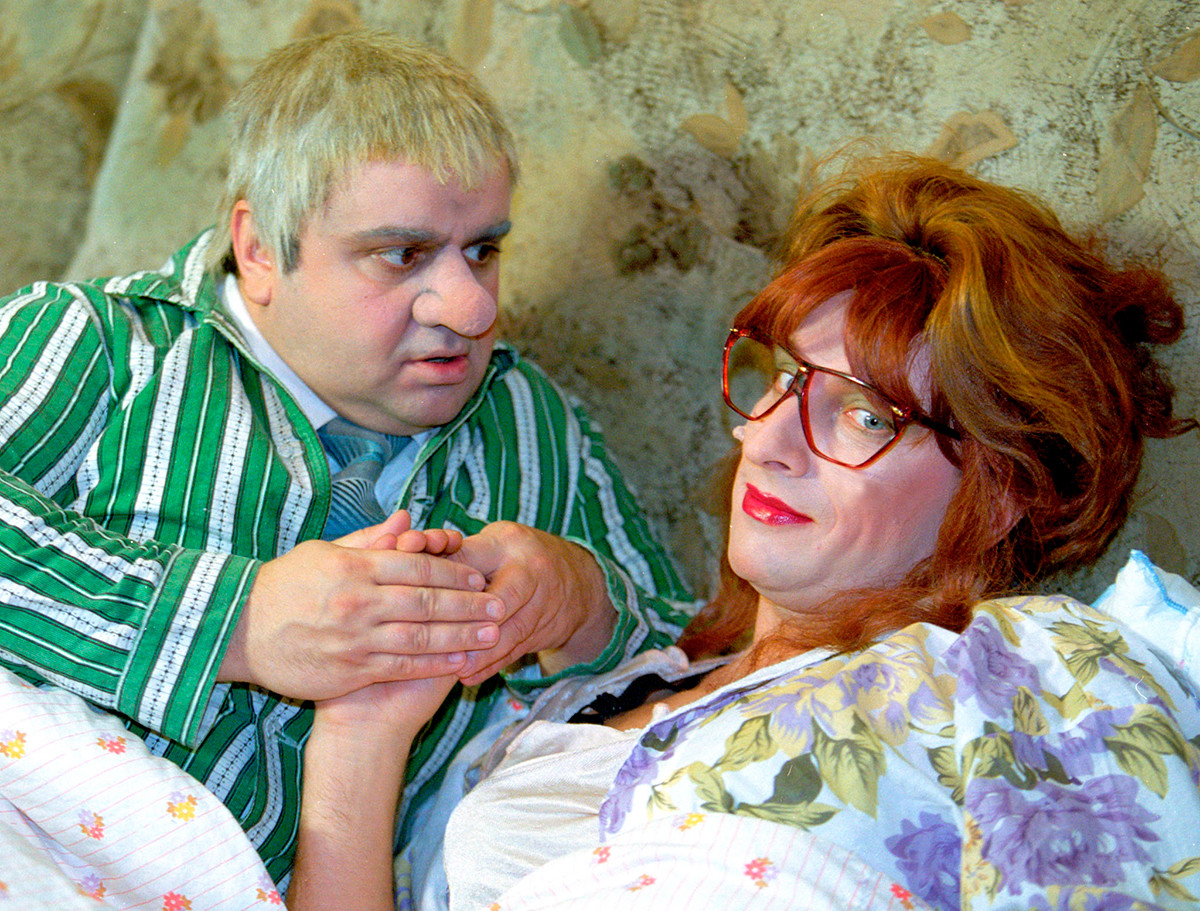 In parallel, Nagiyev appeared as a presenter on several talk shows, of which Okna was the most scandalous and provocative [Windows] – a format copied from the Jerry Springer Show with fights and an abundance of obscene language on the pretext of discussing “topical issues”. Nagiyev later admitted that he had never seen footage of his own shows, which he considered second-rate junk. 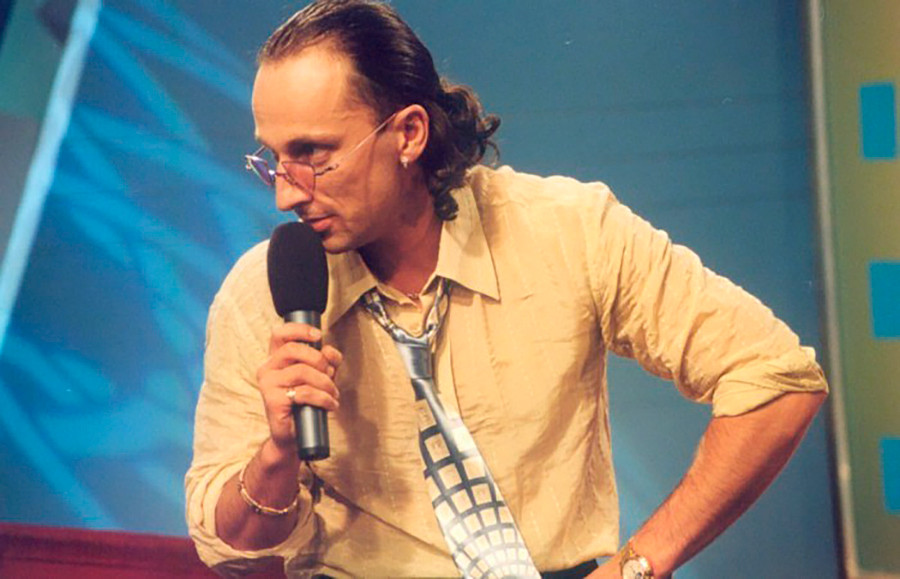 “I got loaned and wanted to live in Moscow. And suddenly they pulled Okna, which was a shock. But before the day was over I had a call from Channel One and was invited to speak to Ernest [Konstantin Ernest, general director of the country’s main state TV channel]. He said to me, “You are very talented and have done a good job over these three years to create the enduring image of a goblin. Welcome aboard.” And I was recruited for Channel One. “ 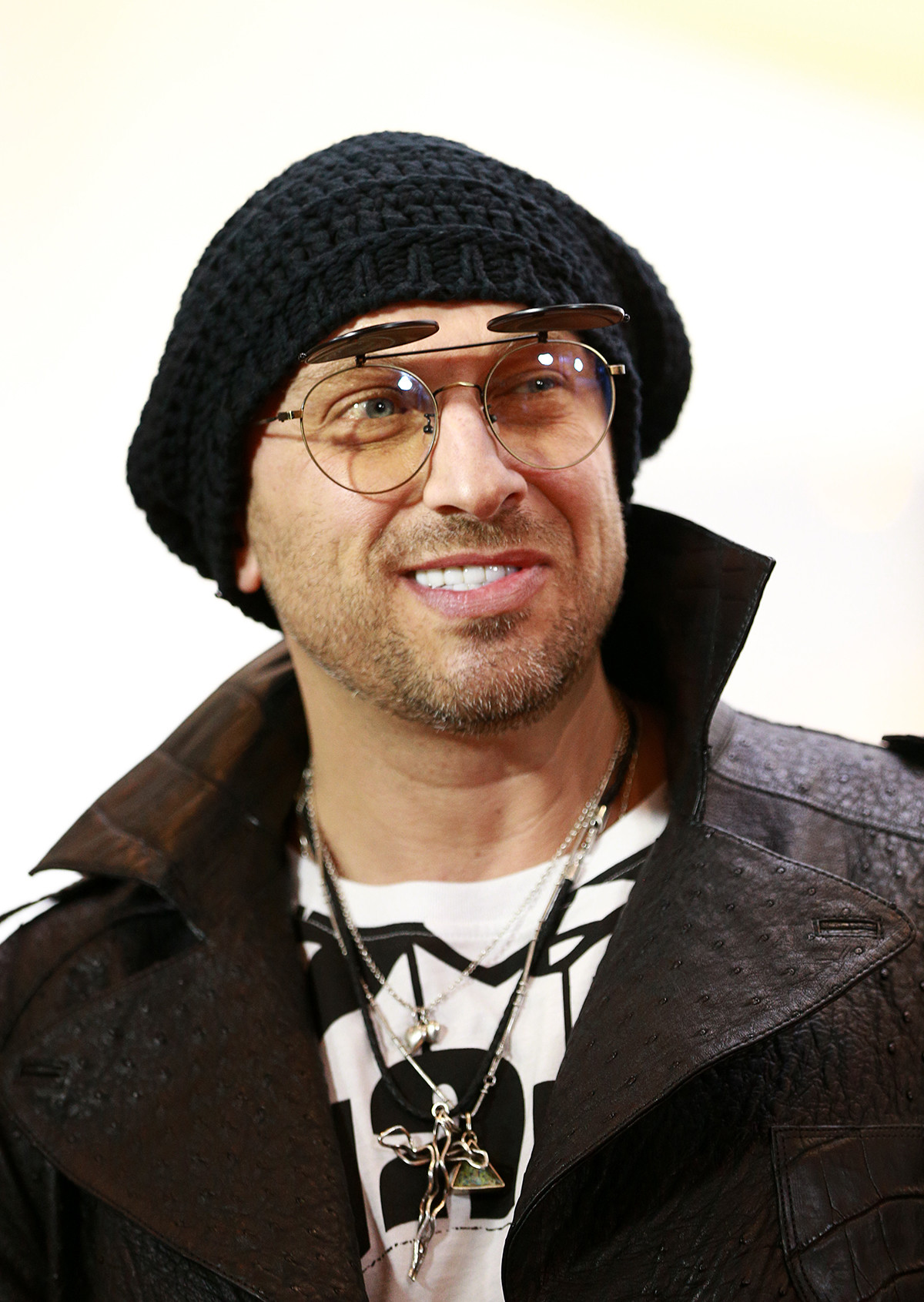 His “goblin” image was reinforced by his “trademark” – when he was still a student, he suffered from facial paralysis. 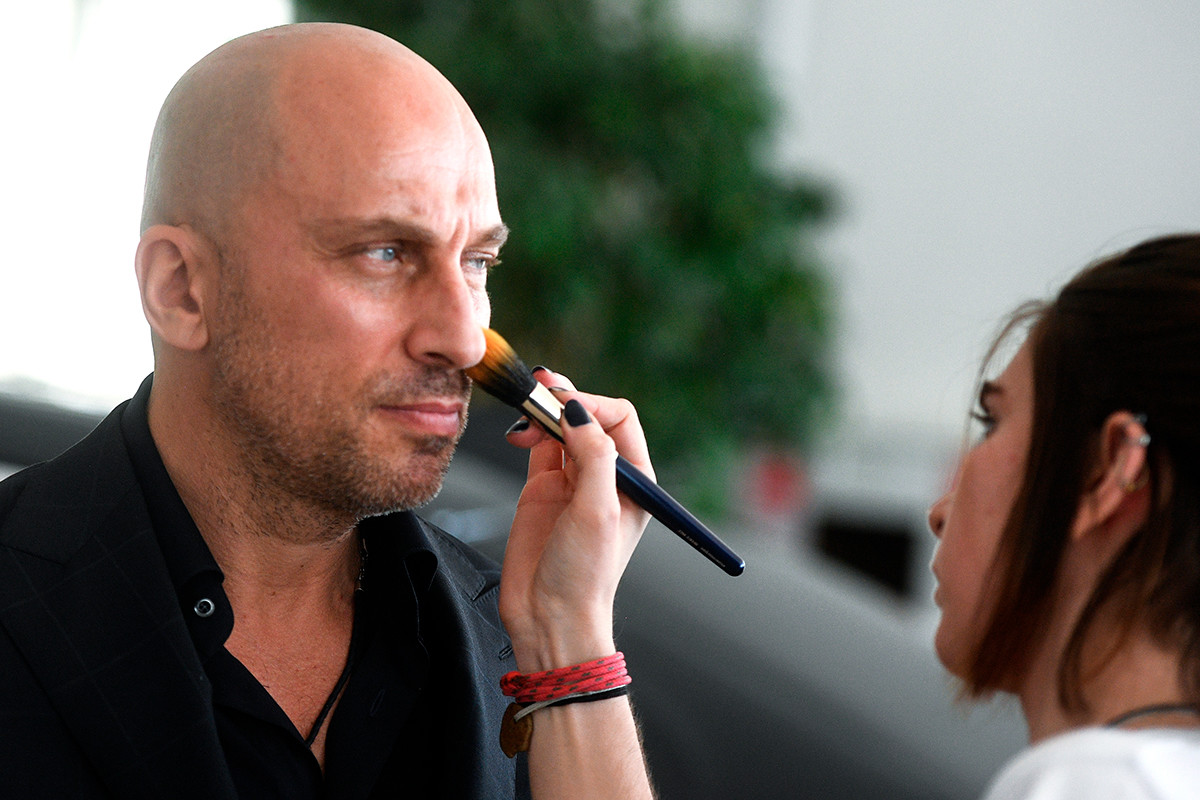 Over time, Nagiyev appeared in leading roles in highly rated TV series and films (mainly crowning comedies). To date, he has taken on around 80 film and theater roles and is considered one of the busiest schedules in the industry. In 2016, he was listed by Forbes as Russia’s richest actor with an annual income of $ 3.2 million. 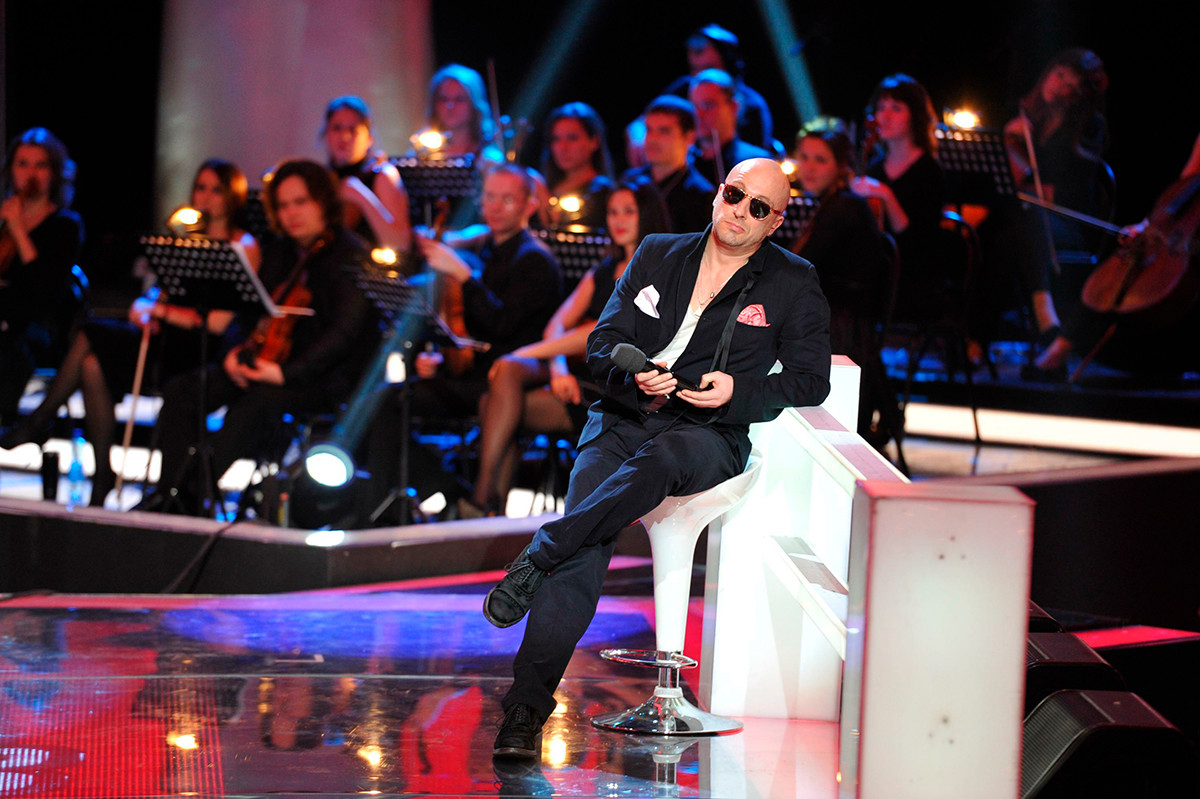 Nagiyev didn’t even miss an appearance after learning that his mother had died, and a few hours later he was already on the air live, presenting an episode of the TV series of the Golos Singing Competition (The Voice). 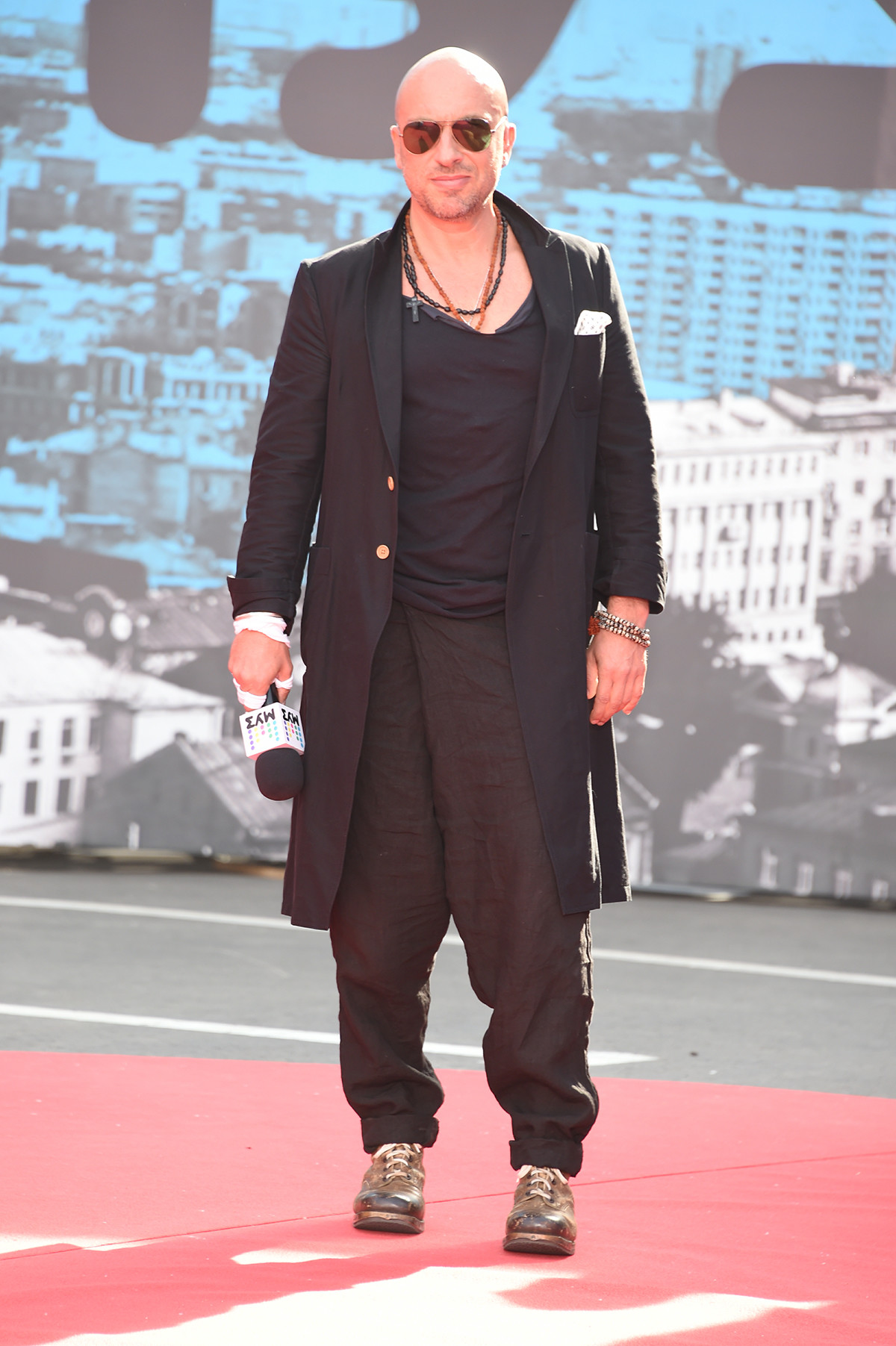 “It’s a tough call. But the viewer doesn’t care what you’re going through or why should they know? You just have to keep going. Once I and everyone else had very mixed feelings about the news that Arnold Schwarzenegger was not going to his funeral Father’s flown. How could he? It was his father, for God’s sake. But I was close to the same thing, too, “he says. 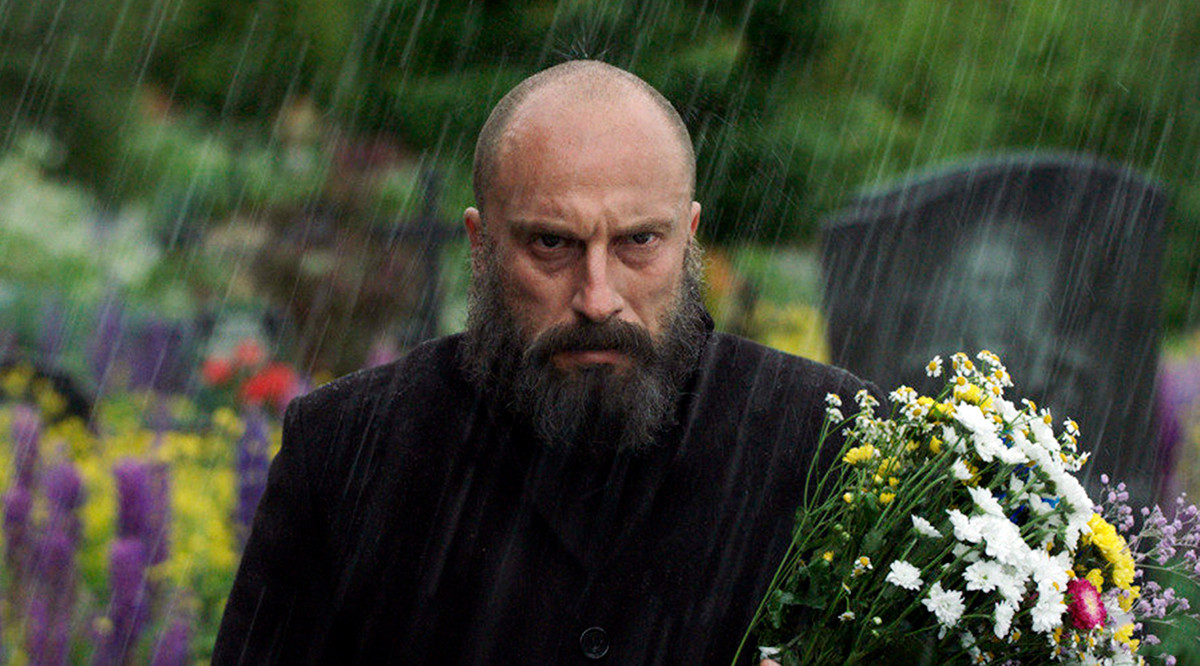 In recent years he has tried to change his creative career and has returned to dramatic film roles (in the 1990s he made a shockingly convincing performance as a Chechen insurgent in Chistilishche [Purgatory]): in the film Neproshchennyy (Unforgiven), based on the true story of the vengeful Vitaly Kaloyev, and in the series Chikatilo, in which he played the madman of the same name who murdered 43 people. According to the critics, Nagiyev’s dramatic talent is something very special and can even “smooth the rough edges” in an otherwise not outstanding TV offering. 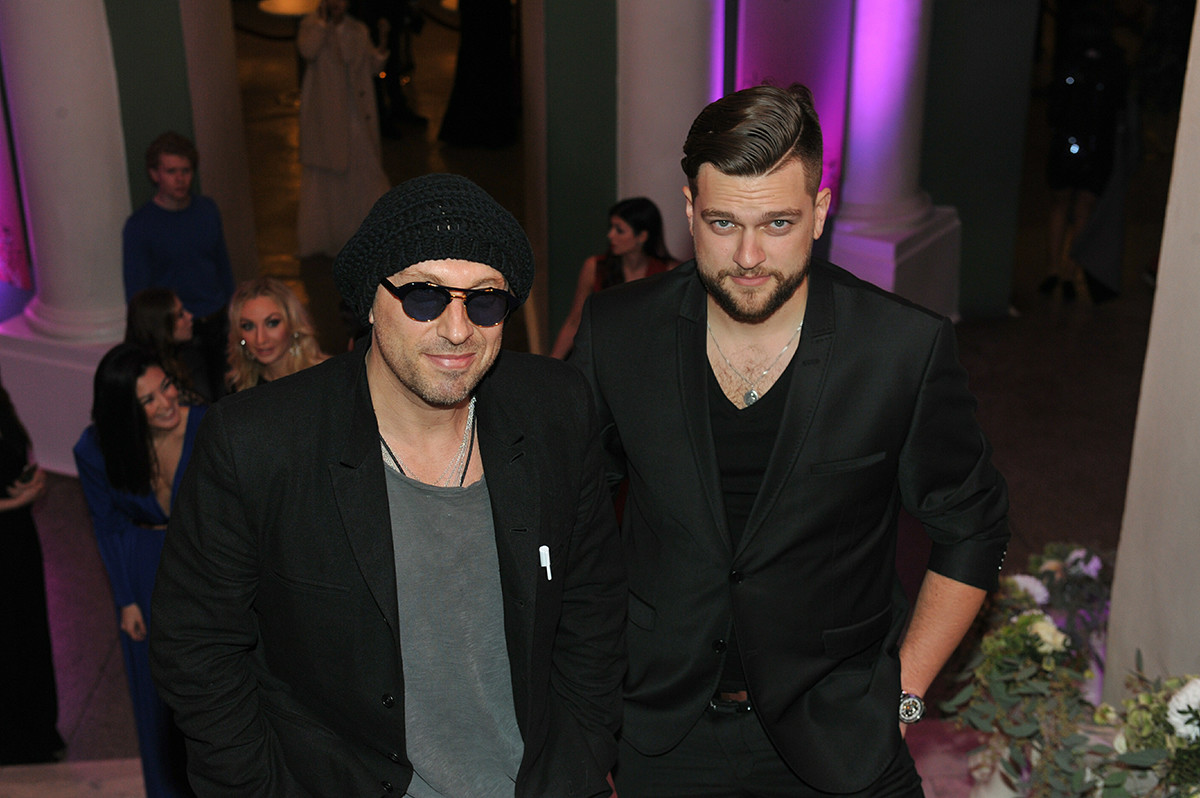 Almost nothing is known about Nagiyev’s personal life. The actor has a son from a previous marriage and is protecting his new family from press attention. 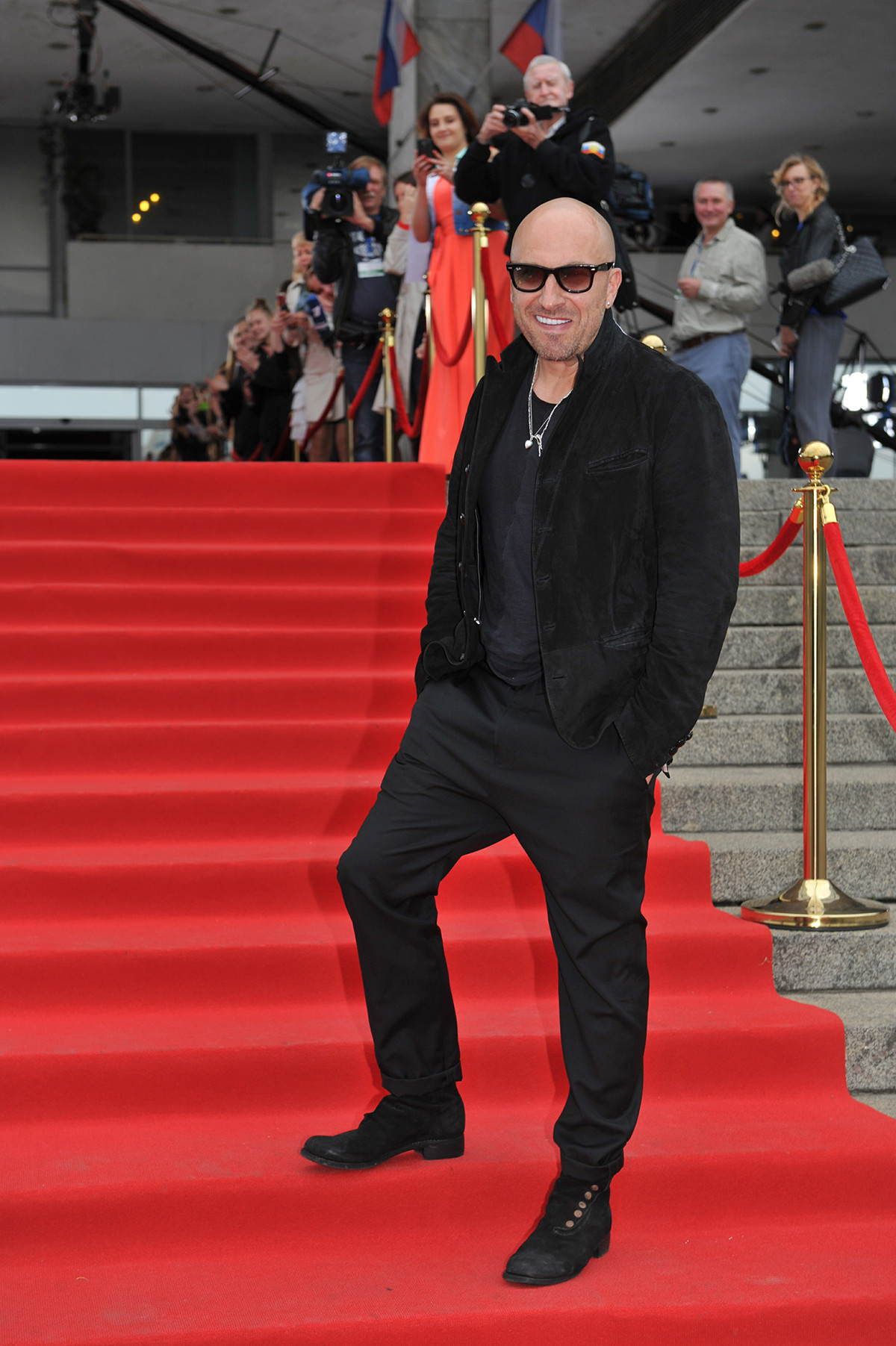 When using all or part of Russia Beyond content, always include an active hyperlink to the original material.