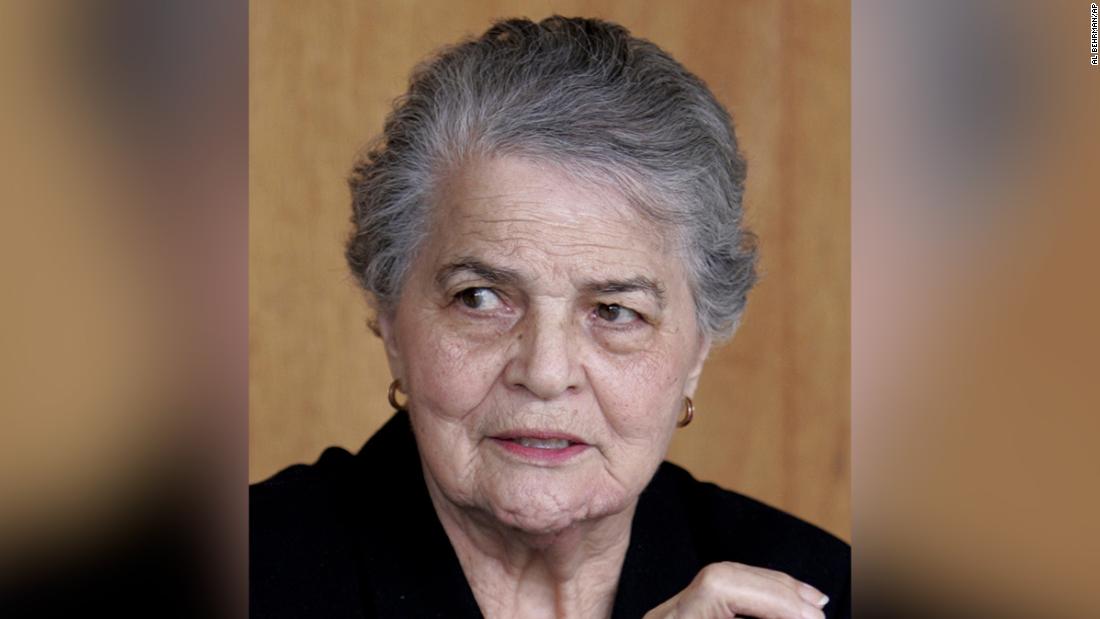 A new statue due to be unveiled on Sunday honors Marian Spencer, the first black woman elected to the Cincinnati City Council.

According to a press release from Cincinnati Parks, Spencer also served as vice mayor and campaigned nationwide for desegregation in the summer camps and pools of Coney Island and YWCA. The life-size sculpture will be unveiled Sunday night at John G. & Phyllis W. Smale Riverfront Park. It shows the civil rights activist with two small children, one holding a hand – and the other stretching out to the park visitors. It’s one of the city’s first interactive statues, the press release said. “People can join hands with the sculpture so they can hold hands and become part of Marian’s legacy,” Tom Tsuchiya, who created the piece with Gina Erardi, told CNN subsidiary WCPO. “And continue to fight for civil rights.”

The words “hold hands and unite” are on the base of the sculpture, said Tsuchiya.

Spencer was also the first black president of the Woman’s City Club of Greater Cincinnati in 1970.

Woman’s City Club member and Chair of the Marian Spencer Statue Committee, Alice Schneider, proposed the statue in 2019. Spencer died later that year at the age of 99.

“Cincinnati didn’t have a statue of a named woman, so we wanted a statue of a woman who embodies the virtues and problems of the city and is an example of showing young people how to achieve things,” Schneider said.

She told WCPO that the committee tasked with raising funds for the project ended up raising about $ 175,000, reaching its $ 125,000 goal, much of which came from small donations from people who knew Spencer.

The coronavirus pandemic has delayed disclosure by a year, according to the partner.

Cincinnati Councilor Jan-Michele Lemon Kearney, who knew Spencer personally, said, “She truly believed in justice and her whole life has been about fighting for justice. But she did it in a way that made people love her and really want to work with her. “